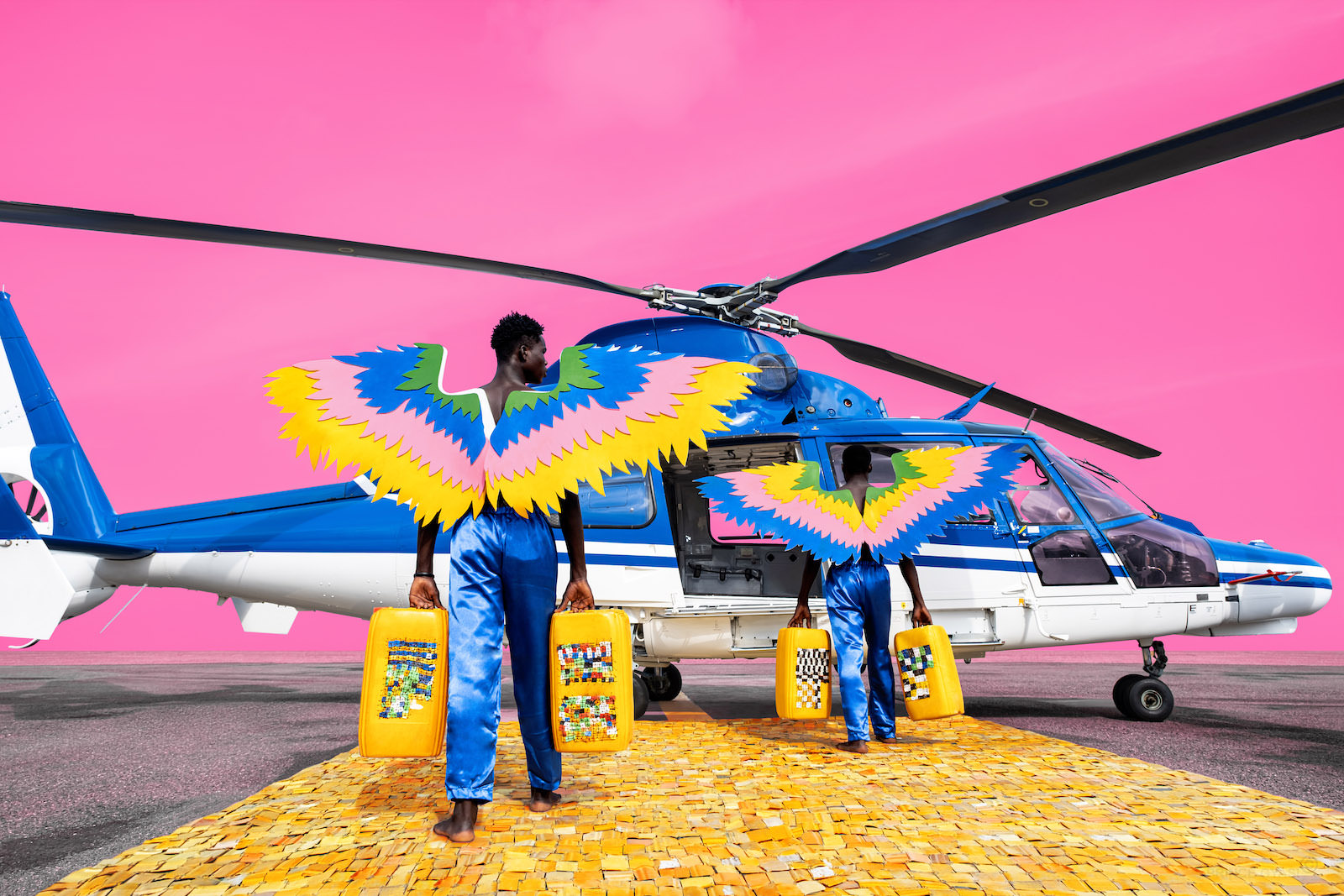 A rising star from the young generation of African artists, Prince Gyasi created his first works on an iPhone and, like many “millennials,” he first became known on social networks. Built on verti- cals and horizontals, combining photography and painting, his images are colourful and very graphic. By means of a documentary approach, staging, and the marvellous, they show often symmetrical figures centred under large expanses of improbably-coloured skies. His work acts like a “colour therapy”: survival blankets, gasoline cans and plastic crates acquire a new dignity, underscored by the beauty of the bodies, which are captured respectfully, and from a fair distance. Prince Gyasi creates emotional experiences. With a synaesthetic sensibility, he has his own “colour code.” Thus, for him, pink is the colour of hope.

After producing the series “Boxed Kids,” dedicated to the poor children in his neighbour- hood, Prince Gyasi launched a crowdfunding campaign of the same name, intended to give them access to education.

Prince Gyasi’s works were exhibited in 2019 in London, at 1-54, and in Paris, at AkAA. They brought him instant international recognition.