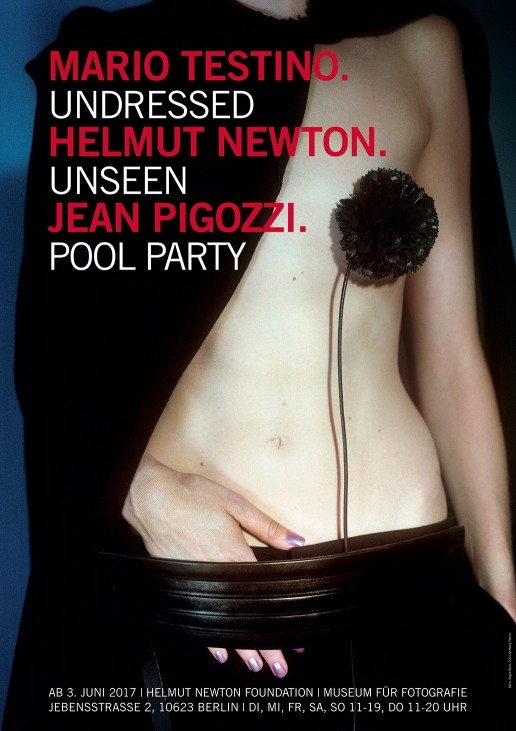 upon establishing his foundation in berlin in 2003, helmut newton expressed his wish to provide a forum not only for his own works, but for that of other photographers as well. his wish continues to be fulfilled posthumously, now with two unique projects by two of helmut newton’s friends and colleagues: mario testino and jean pigozzi.

“pool party” by jean pigozzi is presented in june’s room, featuring small-format, snapshot-like images taken around pigozzi’s swimming pool in cap d’antibes, near villa dorane, which was built for his father henri in 1953 by ettore sottsass. helmut and june newton, among other a-listers, came here several times to unwind or frolic in glamour. we encounter spontaneous, surprising, and very private images of pigozzi’s friends, united around the pool. the photographs feature the likes of mick jagger and bono, liz taylor and naomi campbell – many of the same vips that newton portrayed in his work.