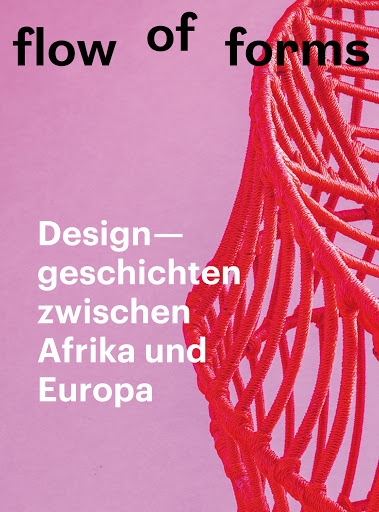 First presented in 2017 at the Institute of Art History, Ludwig-Maximilians University, in Munich, the exhibition "Flow of Forms / Forms of Flow. Design Histories between Africa and Europe" opens at Museum für Völkerkunde Hamburg.

"Flow of Forms / Forms of Flow" aims to open up an alternative perspective to survey exhibitions a bout design that have been presented so far. In order to define objects and practices in a broader sense than to simply confine them to categories or disciplines, the focus is placed on the flow of forms. Thus, the interplay of forms in the process of tran scultural exchanges between Africa and Europe and also between the cities of the Global South, will be examined under the aspect of the "flow". This refers to fluctuation, interplay, fusion, exchange, transfer, translation, cooperation, and material metamo rphosis; "form" is understood as potential and intermediary. These different perspectives allow unexpected juxtapositions and open up new points of view. The project will, on the one hand, emphasize aesthetic impacts that result from processes of networking/cross - linking, overlapping and the blending of forms. And on the other hand, it will focus on the social and political dimensions of design.