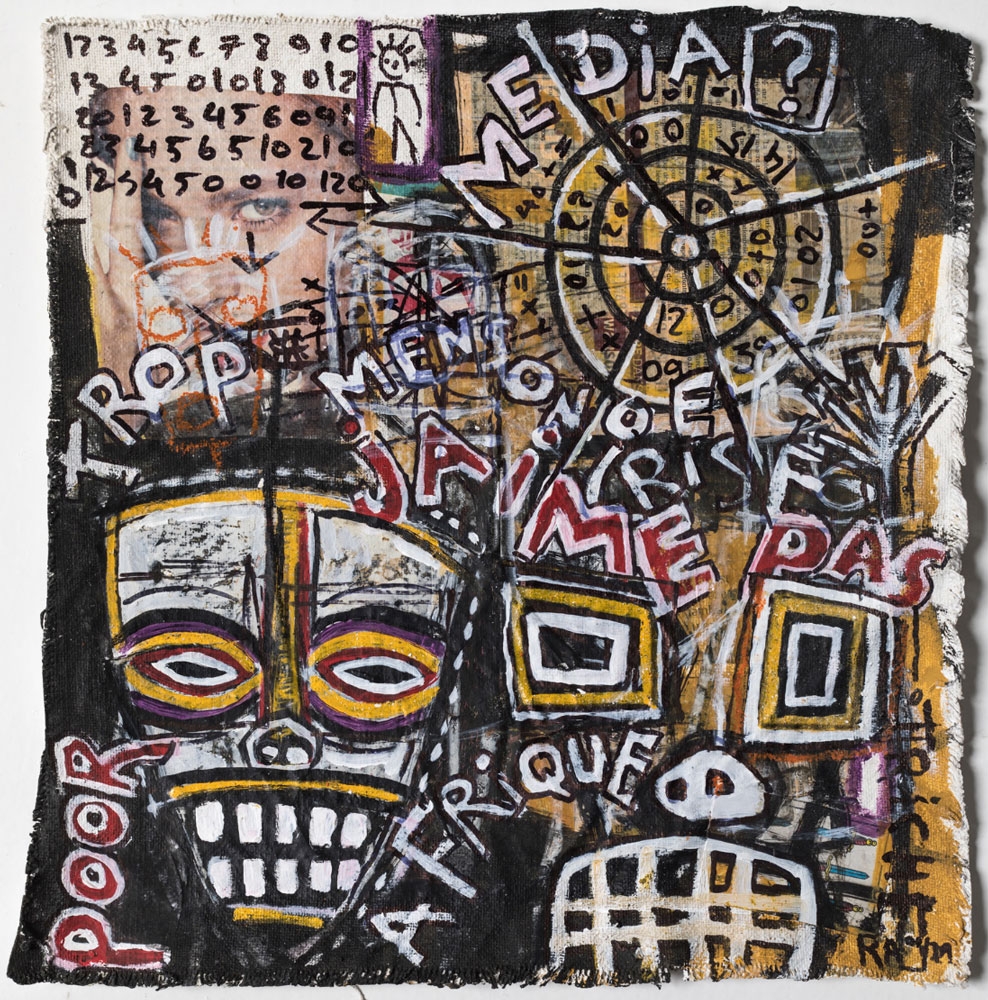 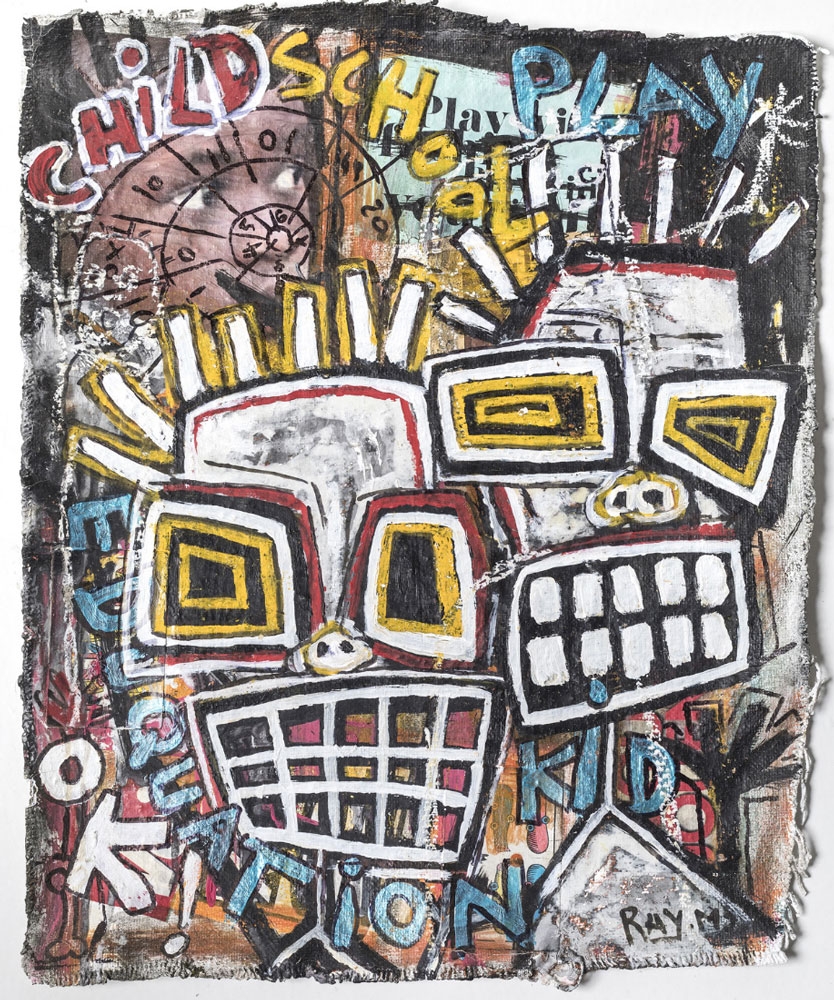 Born in 1979 in Ivory Coast, Turay Mederic (Touré Mederic) was only 4 years old when his military father accepted a mission in Washington DC in the United States, where he grew up amidst musical and artistic influences during ten years.

In 1995, his family returned to Ivory Coast and after obtaining his Baccalaureate, he began a private training in applied arts because he wanted to find his roots and his culture through art.

His unique style, "Trace" is made up of a collection of newspapers, magazines, acrylic paint, coffee oil pastel, and oil paint.

These Signs and symbols remind us of the painter Basquiat for the power of expressionism, and Pablo Picasso for these Cubist compositions. Its language is not intended to be narrative: it embarks on the path of a metaphor rhetoric where the sign feeds on allusions, to better tell about Africa.