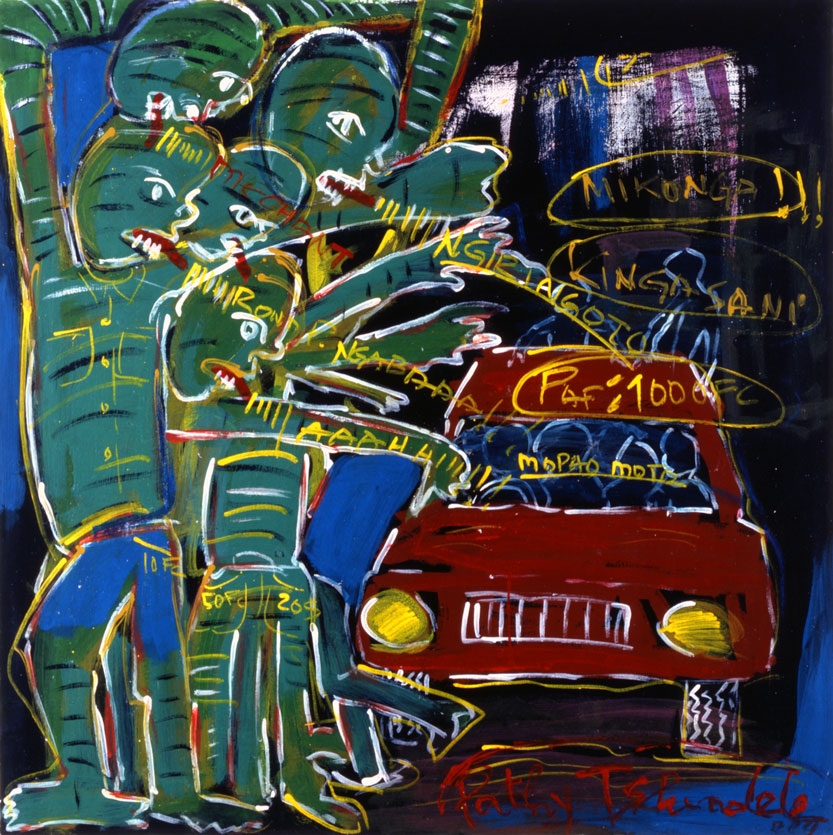 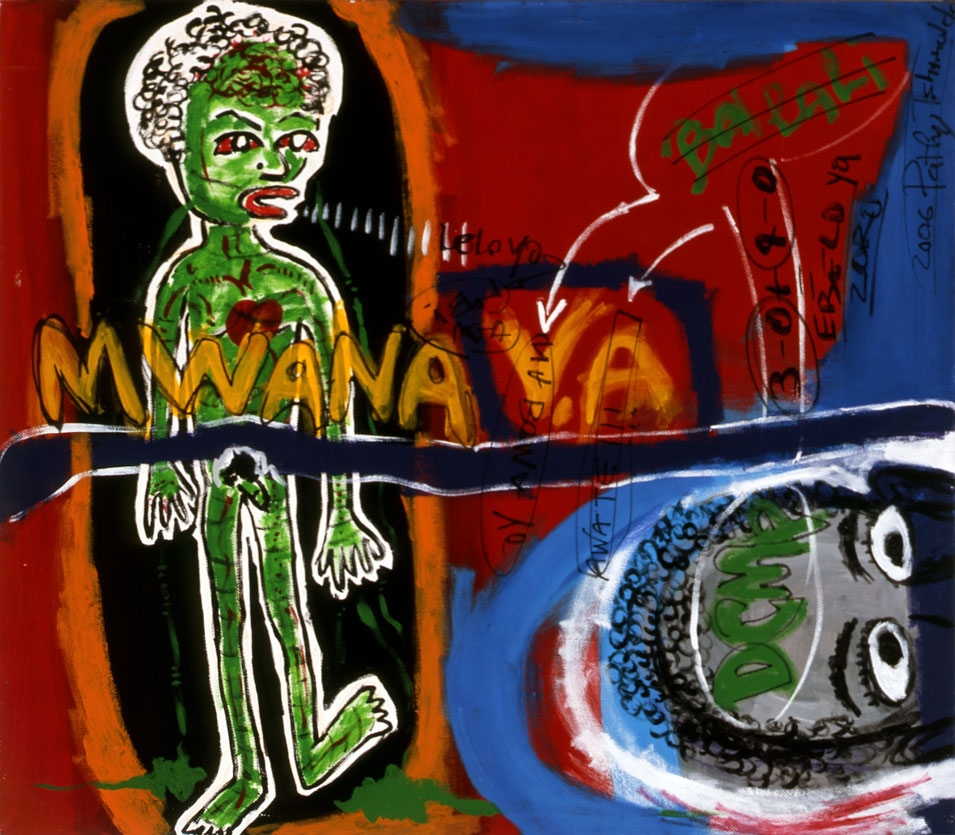 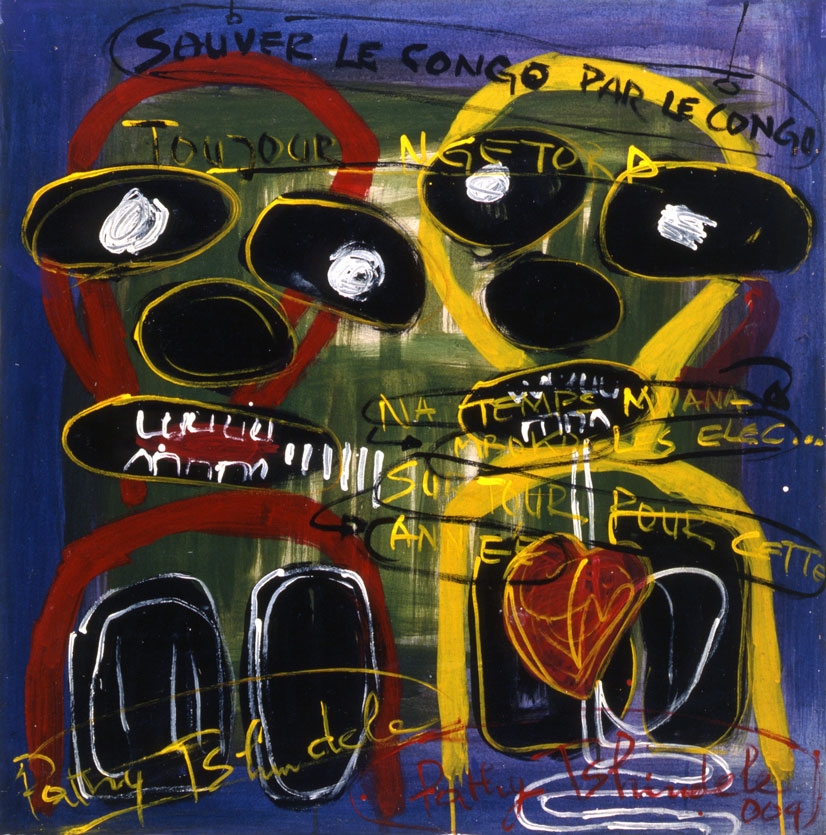 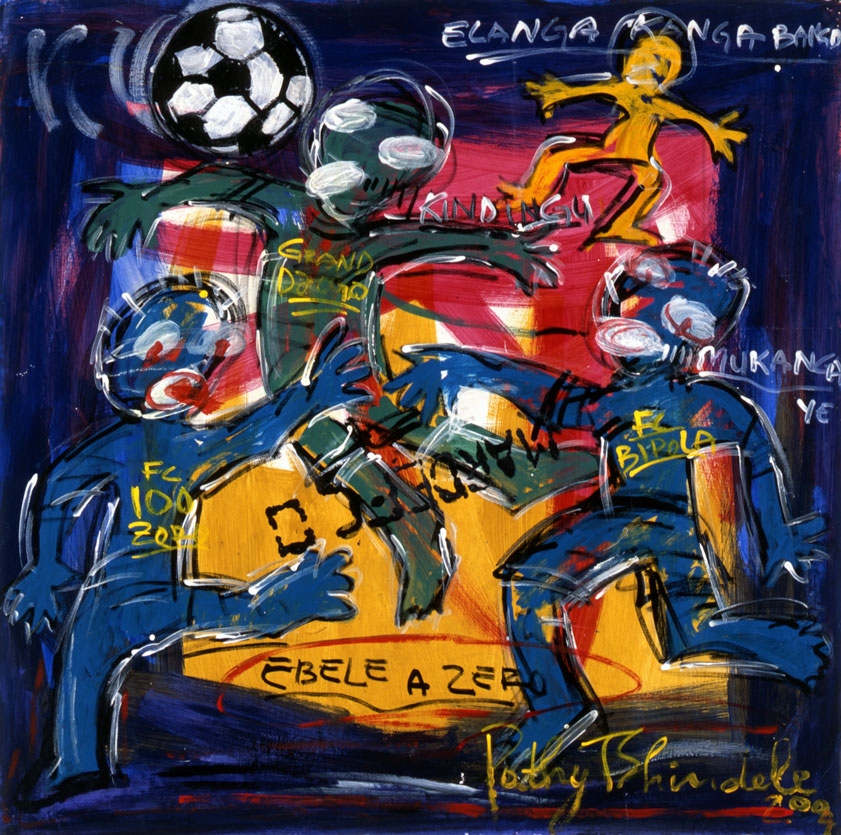 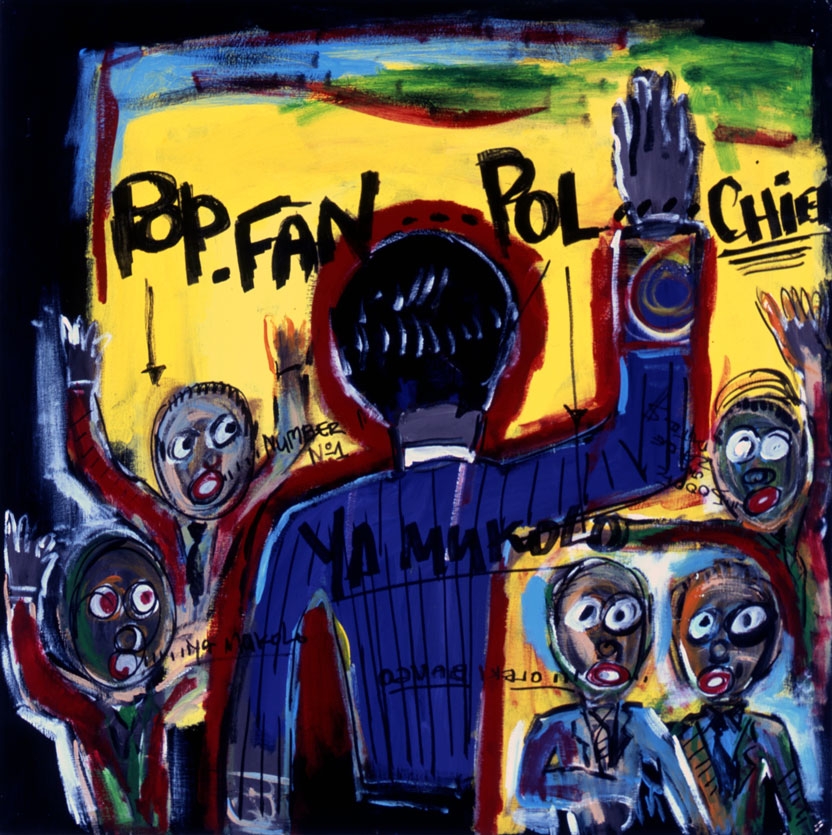 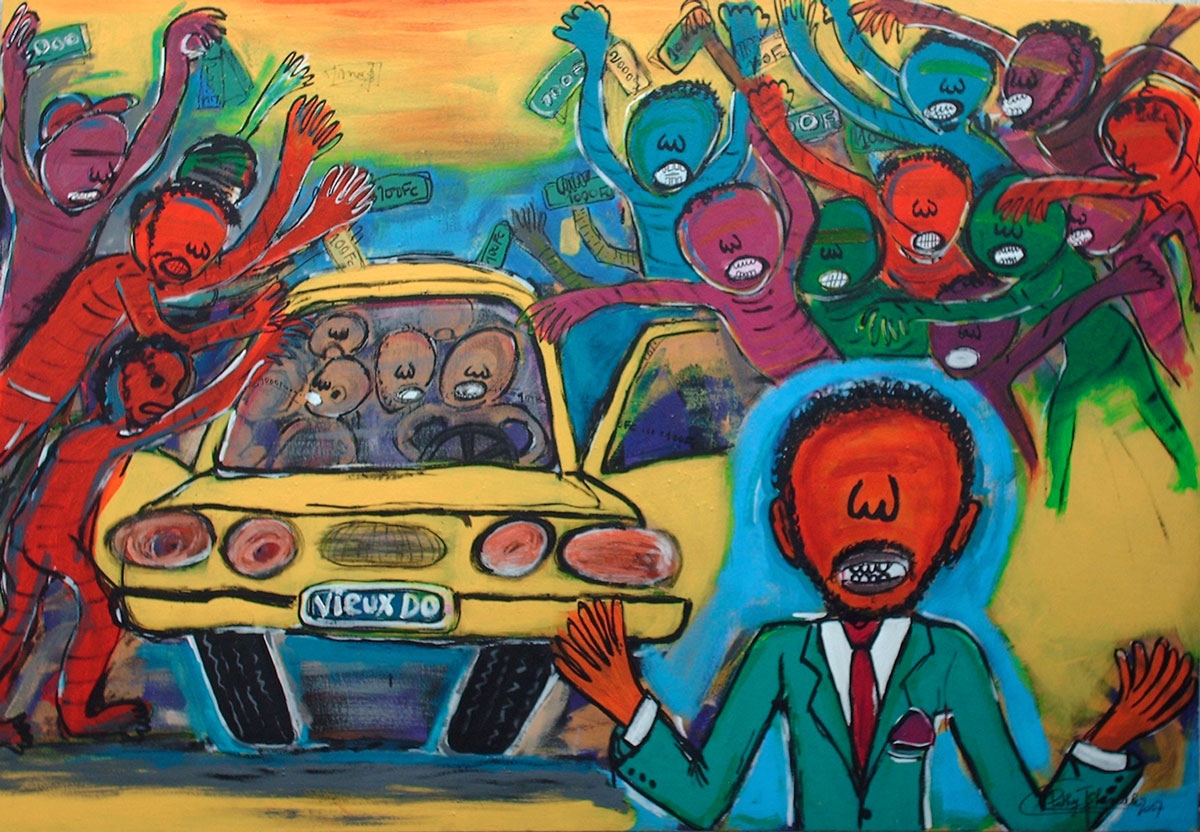 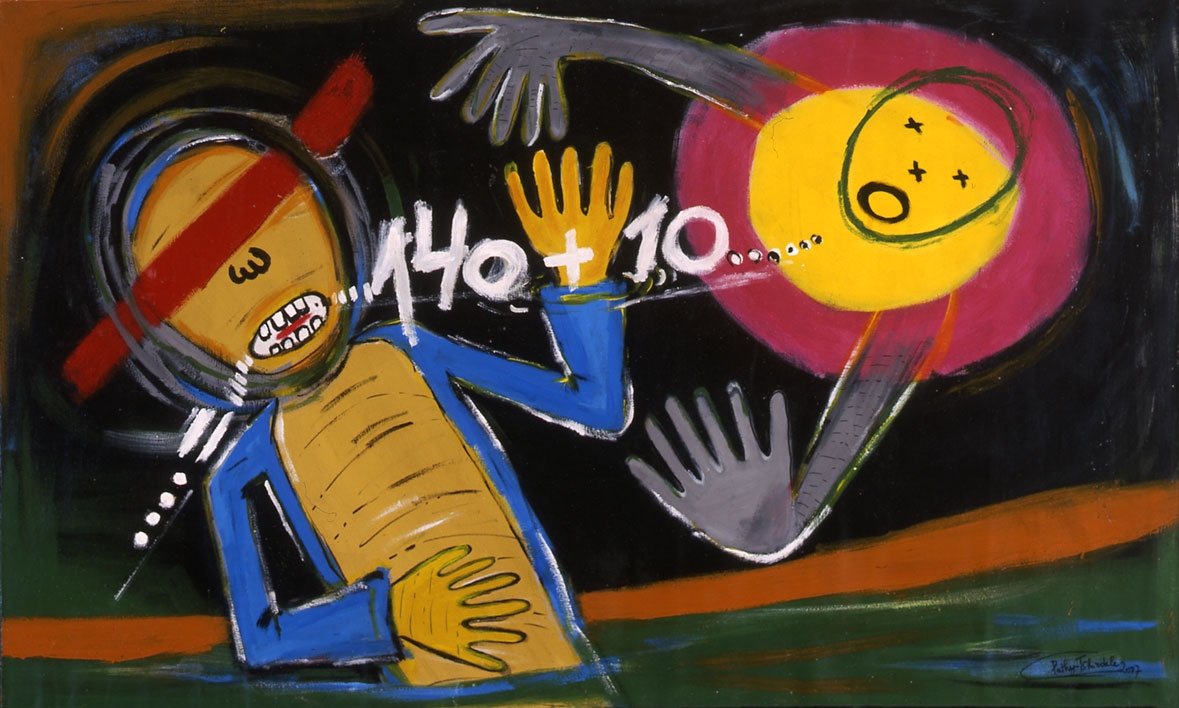 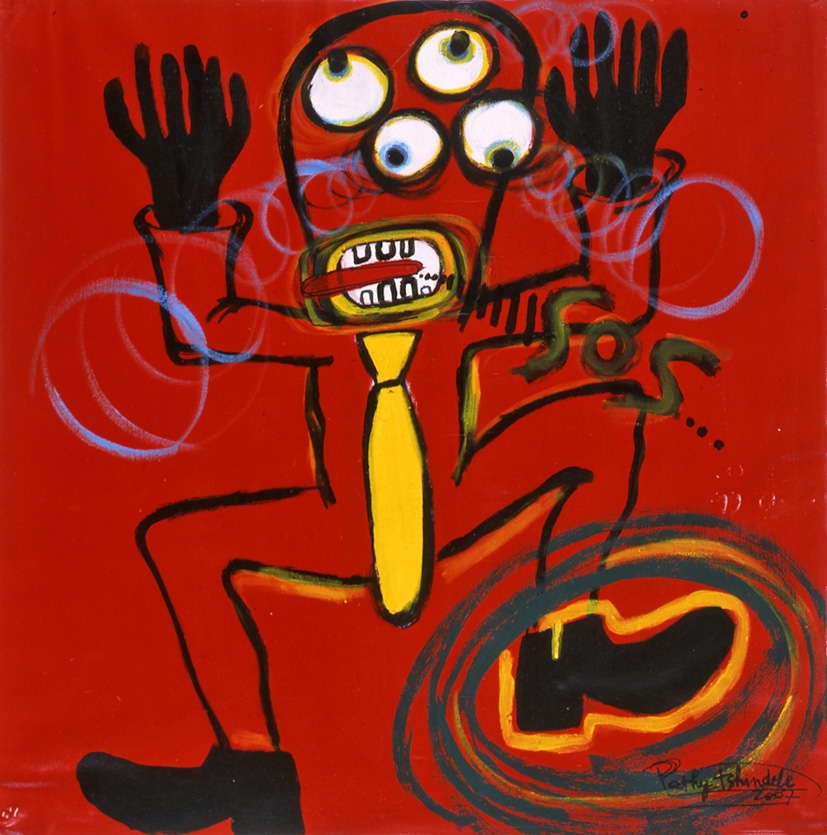 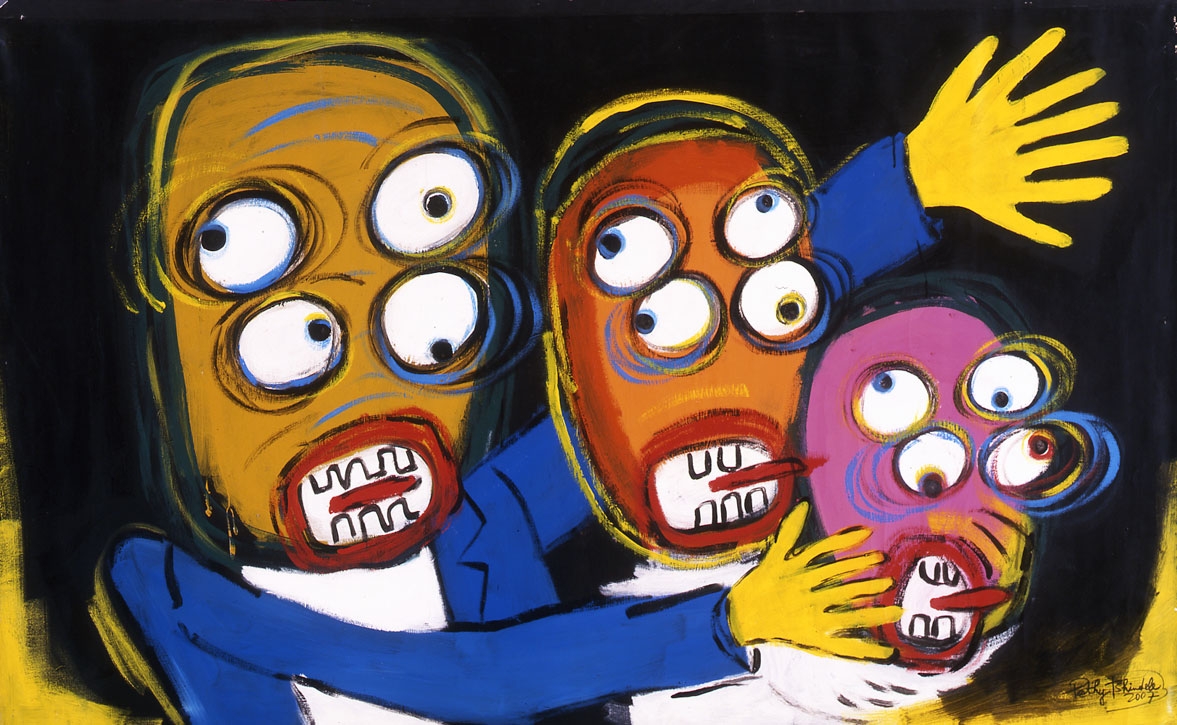 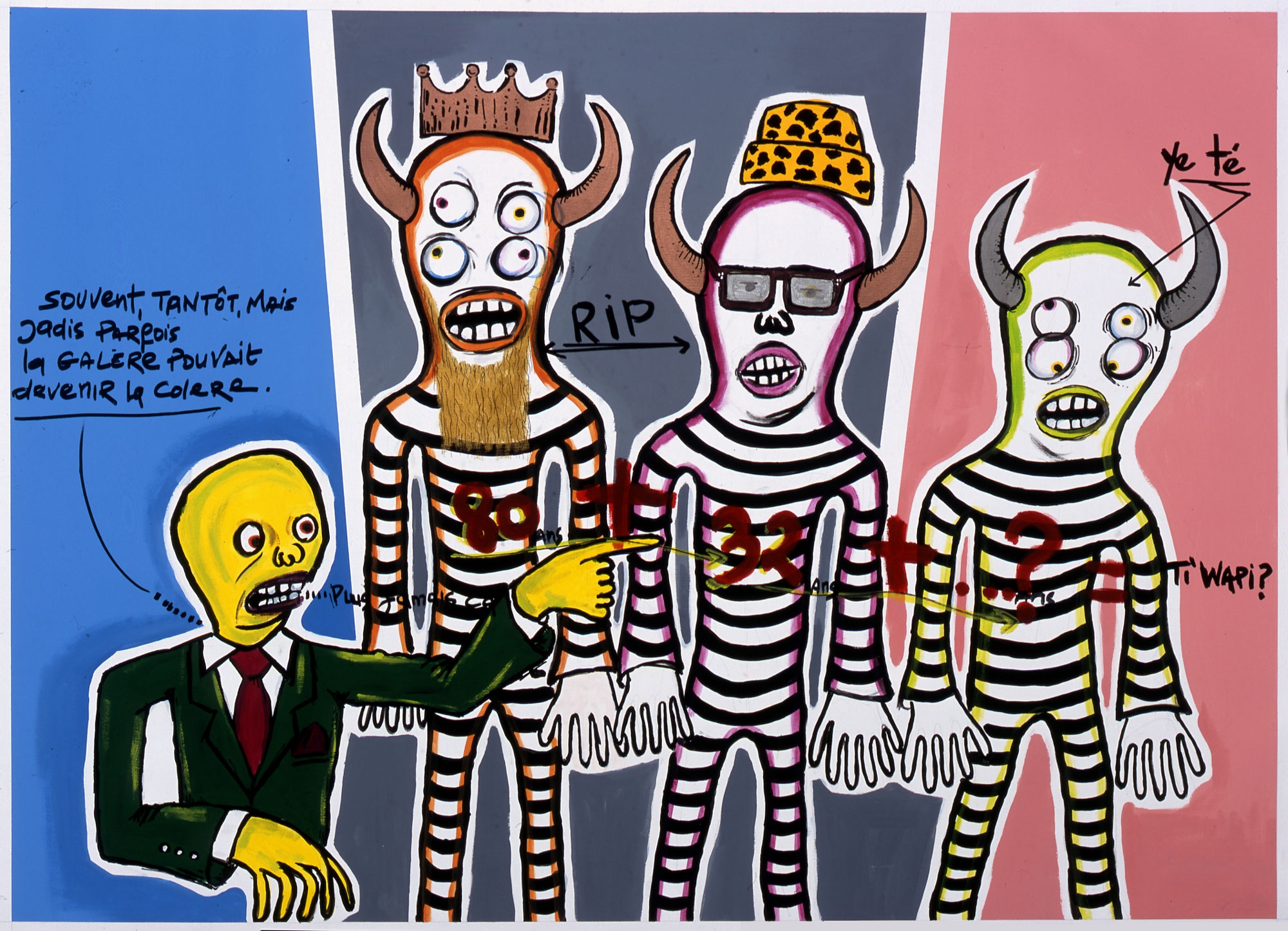 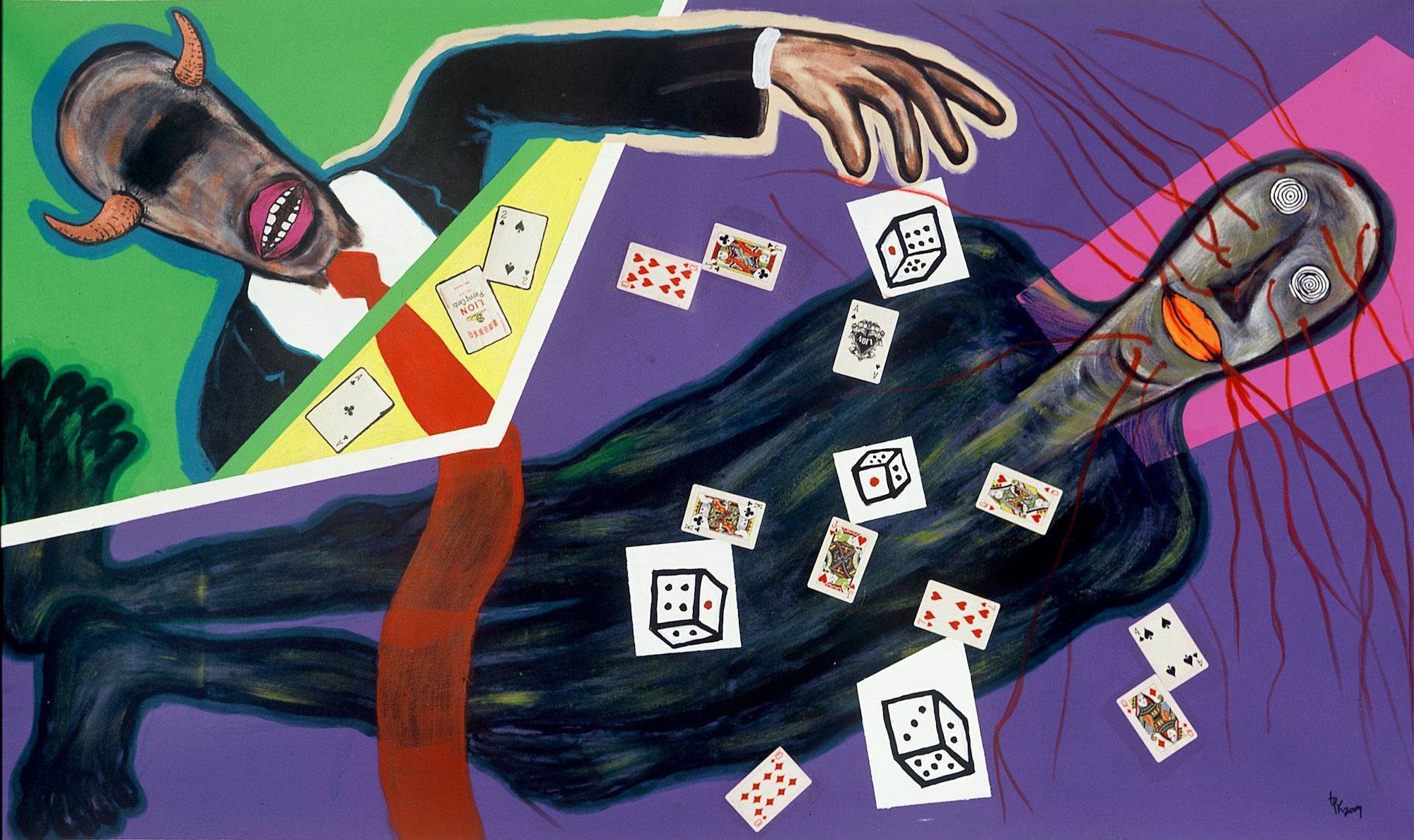 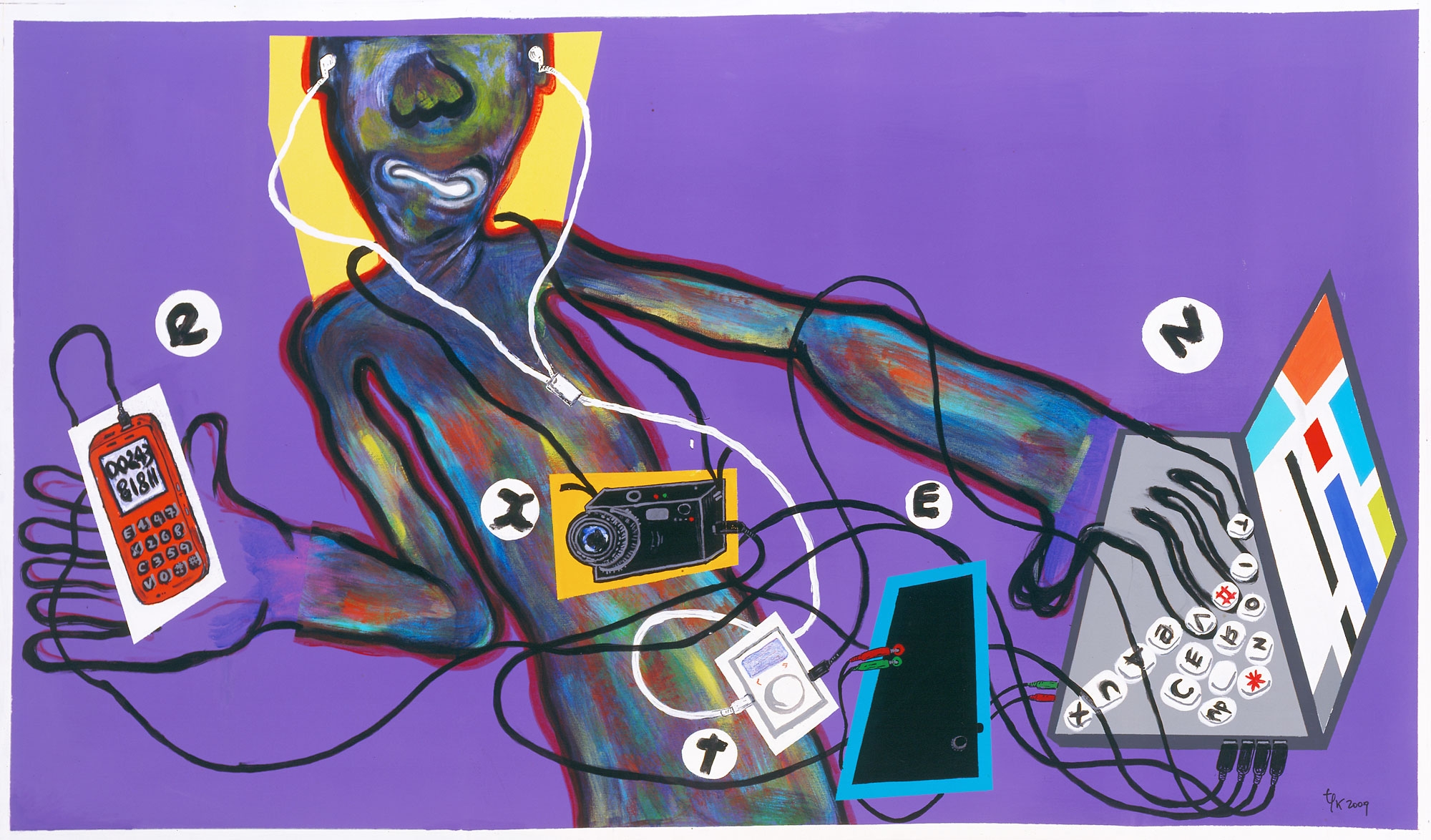 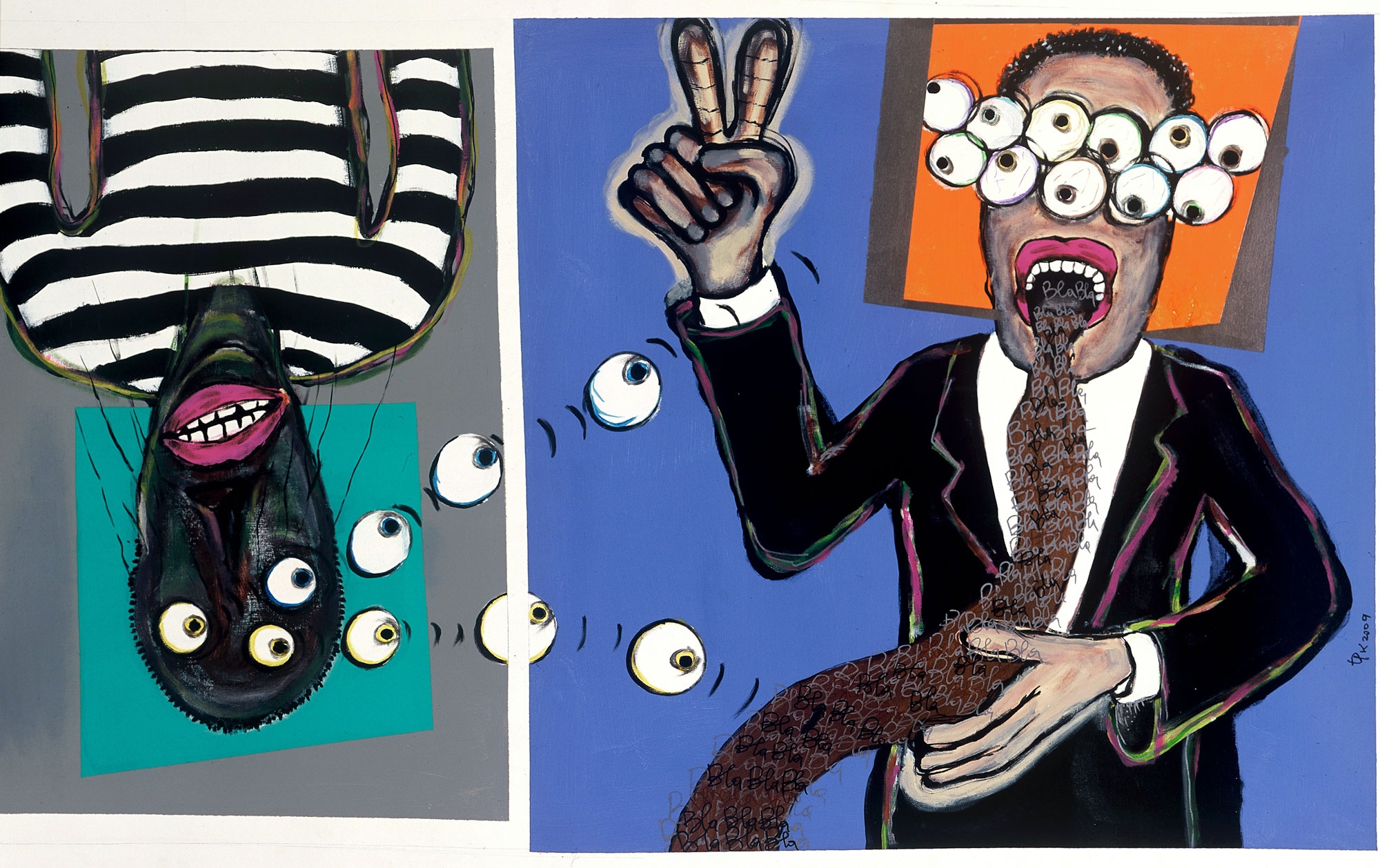 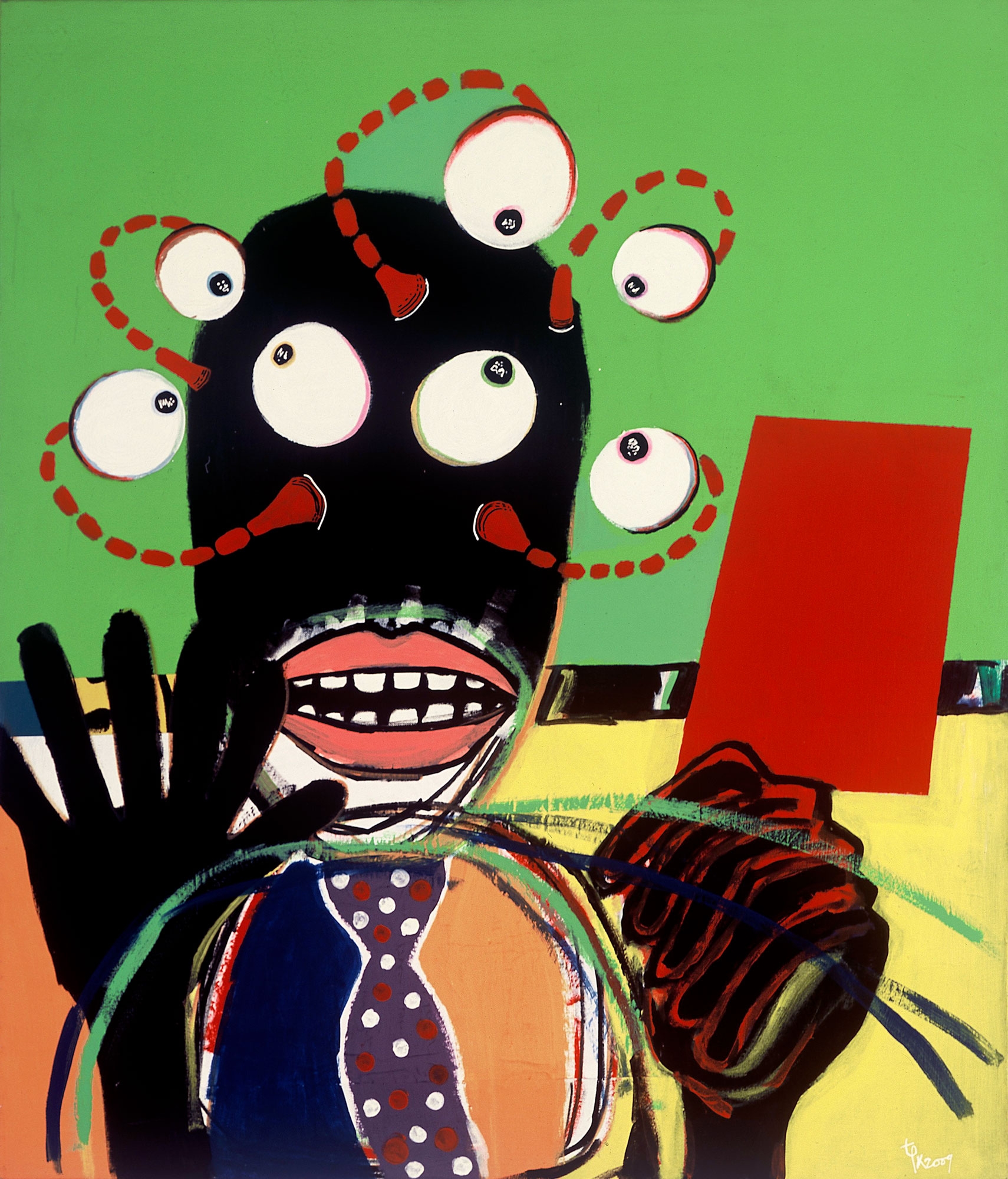 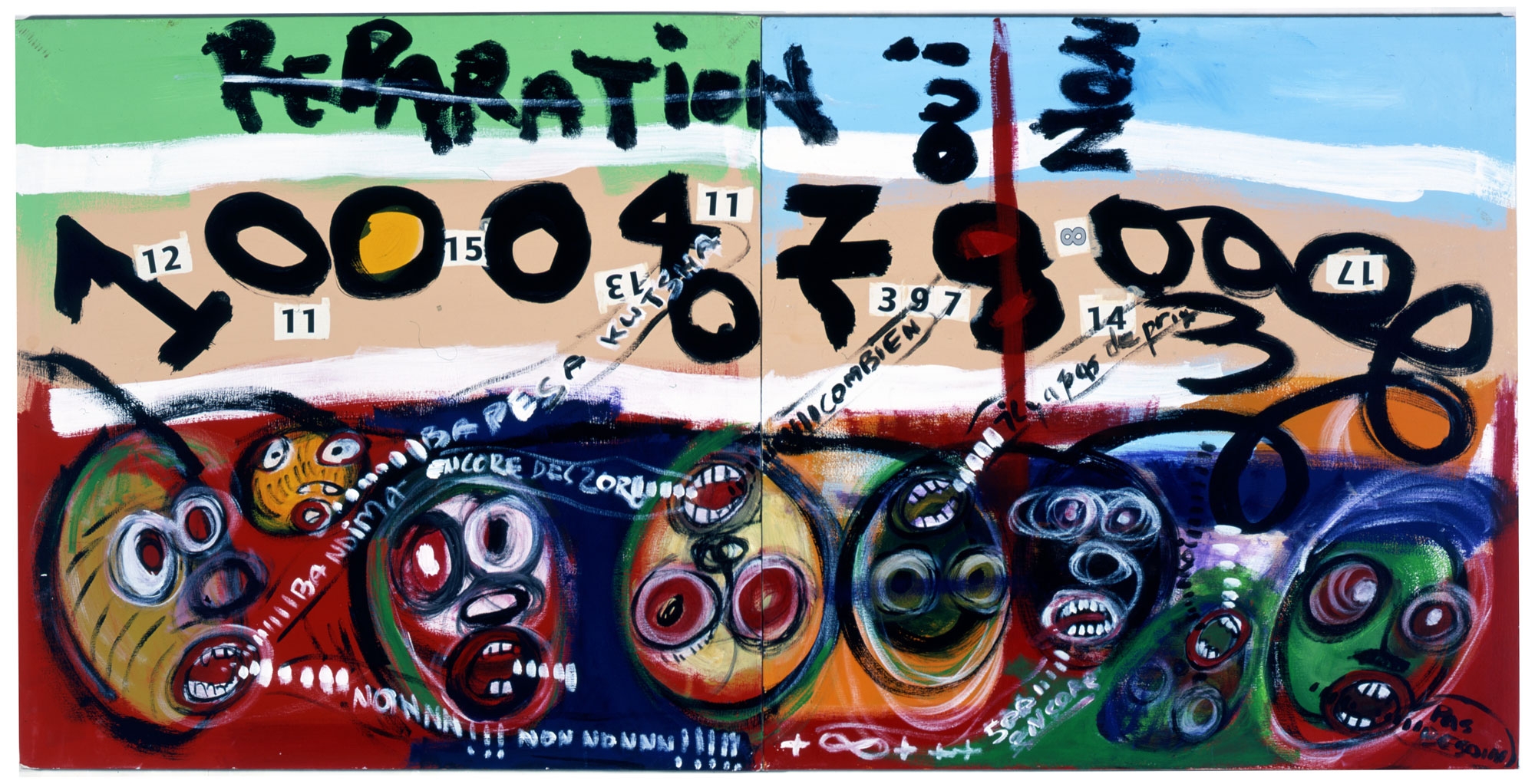 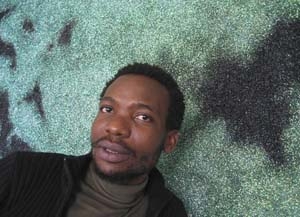 Pathy Tshindele belongs to the new generation of Congolese artists, presently under 30 years of age, who have made a name for themselves in the last three years in Kinshasa. Most of them studied at the Fine Arts Academy, but Pathy says he had to unlearn what he'd been taught there to develop his own way of working.

Tshindele's work straddles several artistic media, which he blends. He changes his medium whenever he feels that things become too easy for him. A way of being inventive in a country where art has had two distinct poles: one that is static and academic, and the other, the popular painting that he grew up with from early childhood, and of which one sees traces in the event-oriented qualities of some of his canvases. The most important thing, he says, is to define an action, to question the world.

This ceaseless questioning led him to start, with his friends from the Eza Possibles collective, the "Kinshasa Wenze Wenze" artistic event in August 2003. It involved recovering wrecked cars from all over the city and turning them into sculptures. A way of questioning the decaying state of the city, the difficulties of everyday life, and the attitude of its inhabitants. It was a seminal moment and a shock for Kinshasa, especially as it was time for the Congolese to make a statement. The young artists made the most of this area of risk, confrontation and freedom that their creativity had offered them.

Tshindele's canvases can be understood by anyone. He borrows from situations and their context, especially from expressions and elements of the Kin language. He says he's making a dictionary of this unwritten language, that is being made up from day to day. But of course in this respect too, his canvases question things. They are like screams, like punches. They are related to a context, but a context in the broad sense of the word. Especially as Pathy says himself that issues related to race, nationality or even gender are the least of his worries, and that he feels he's citizen of the world.