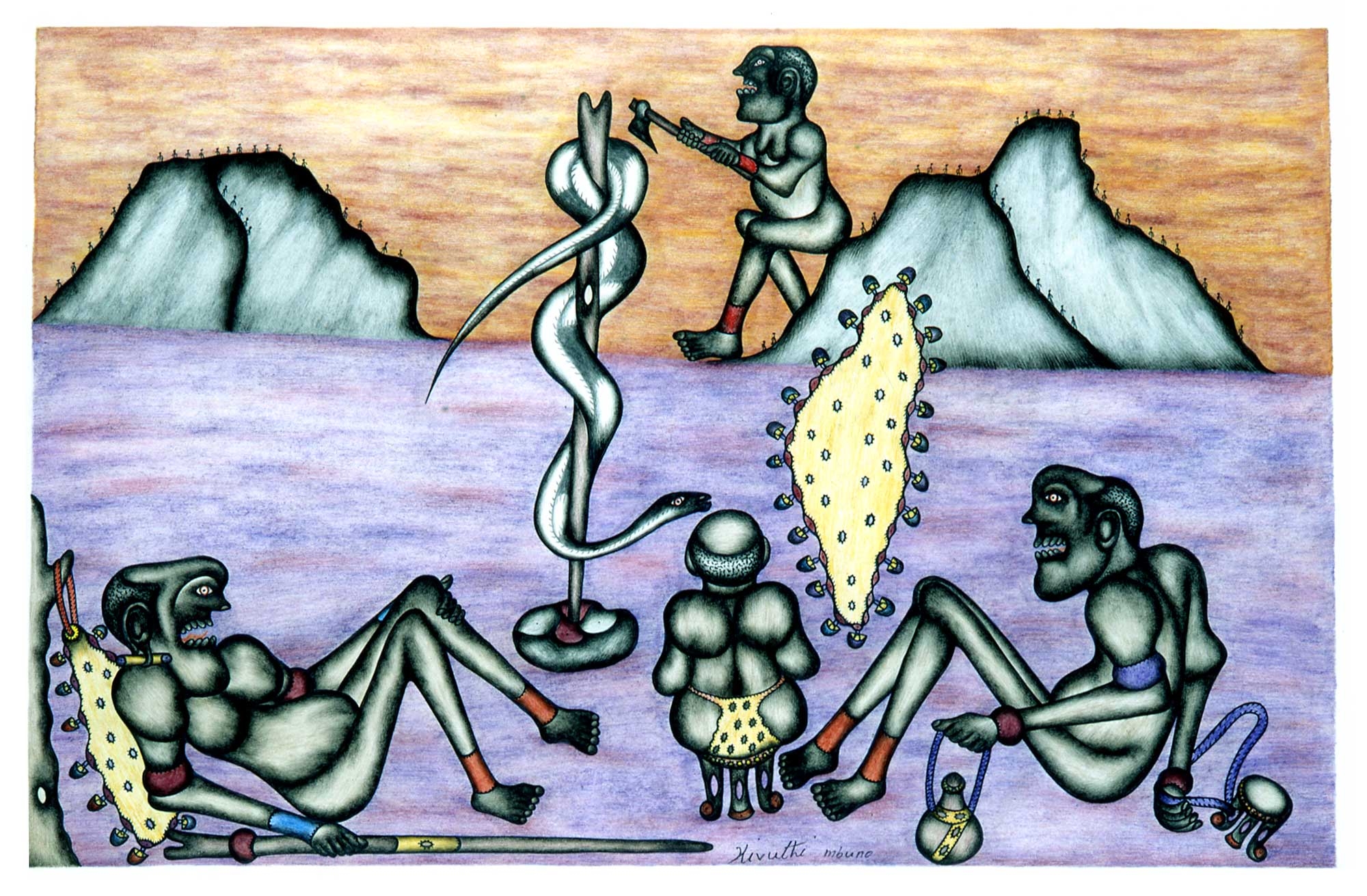 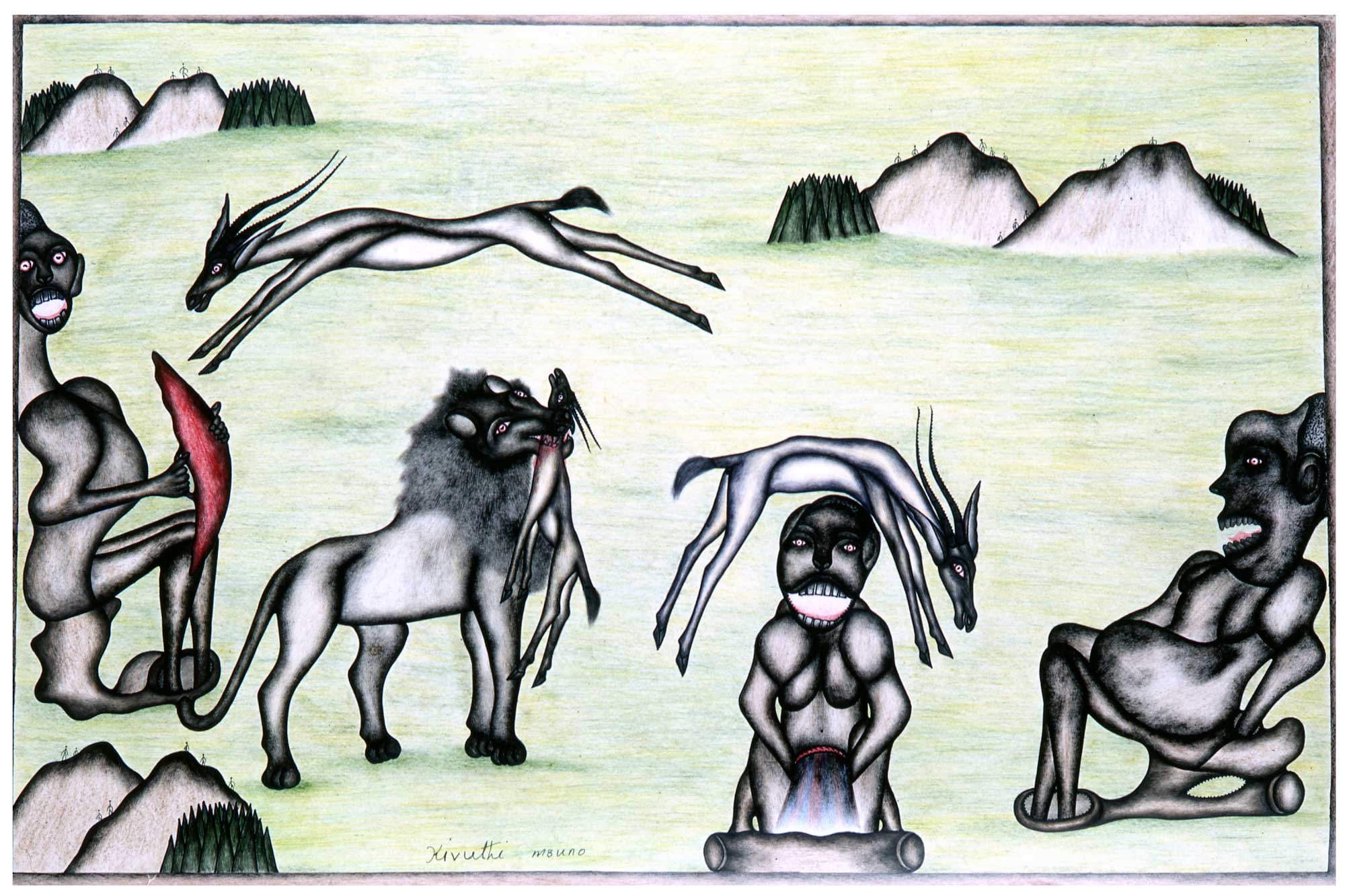 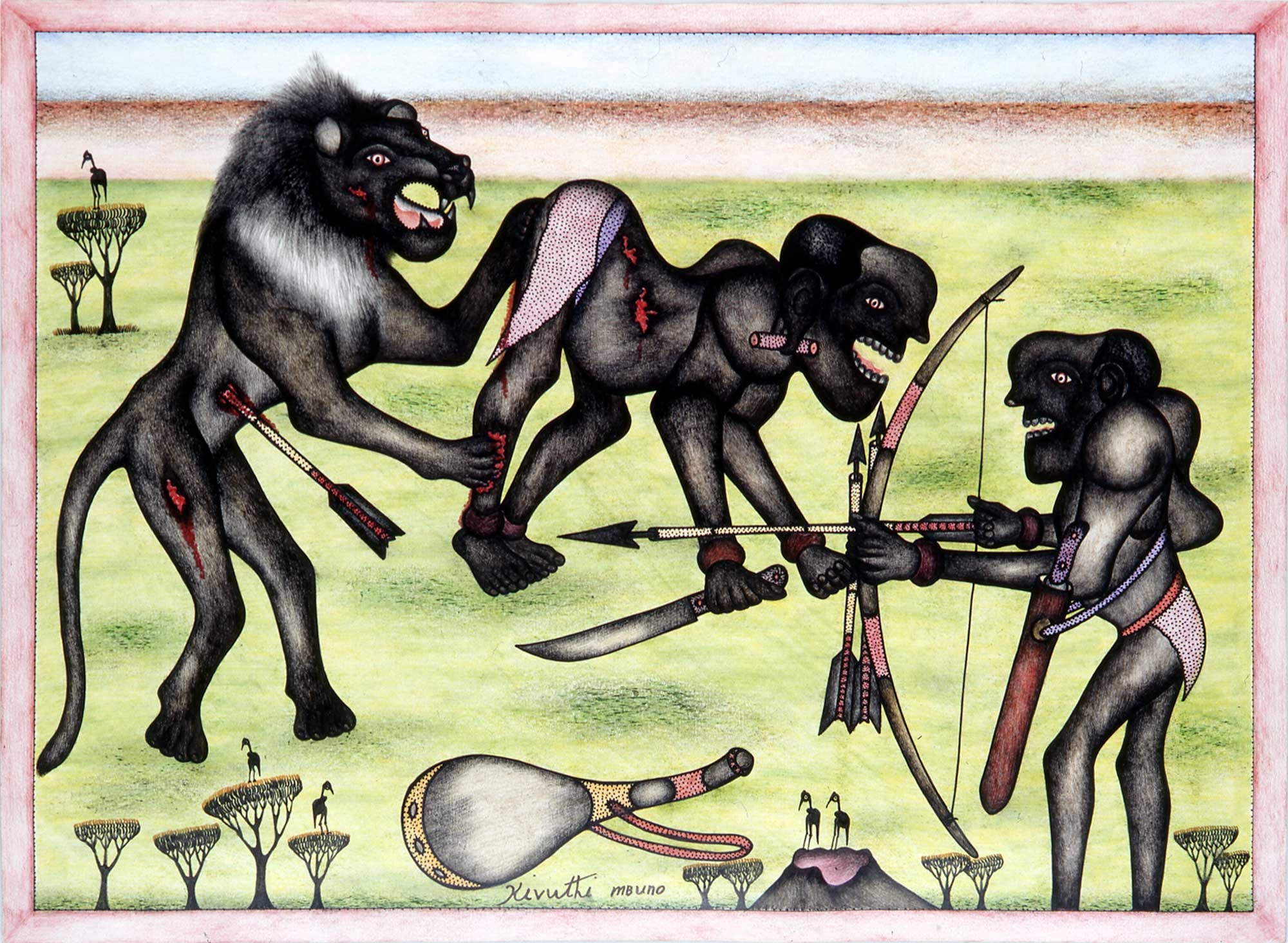 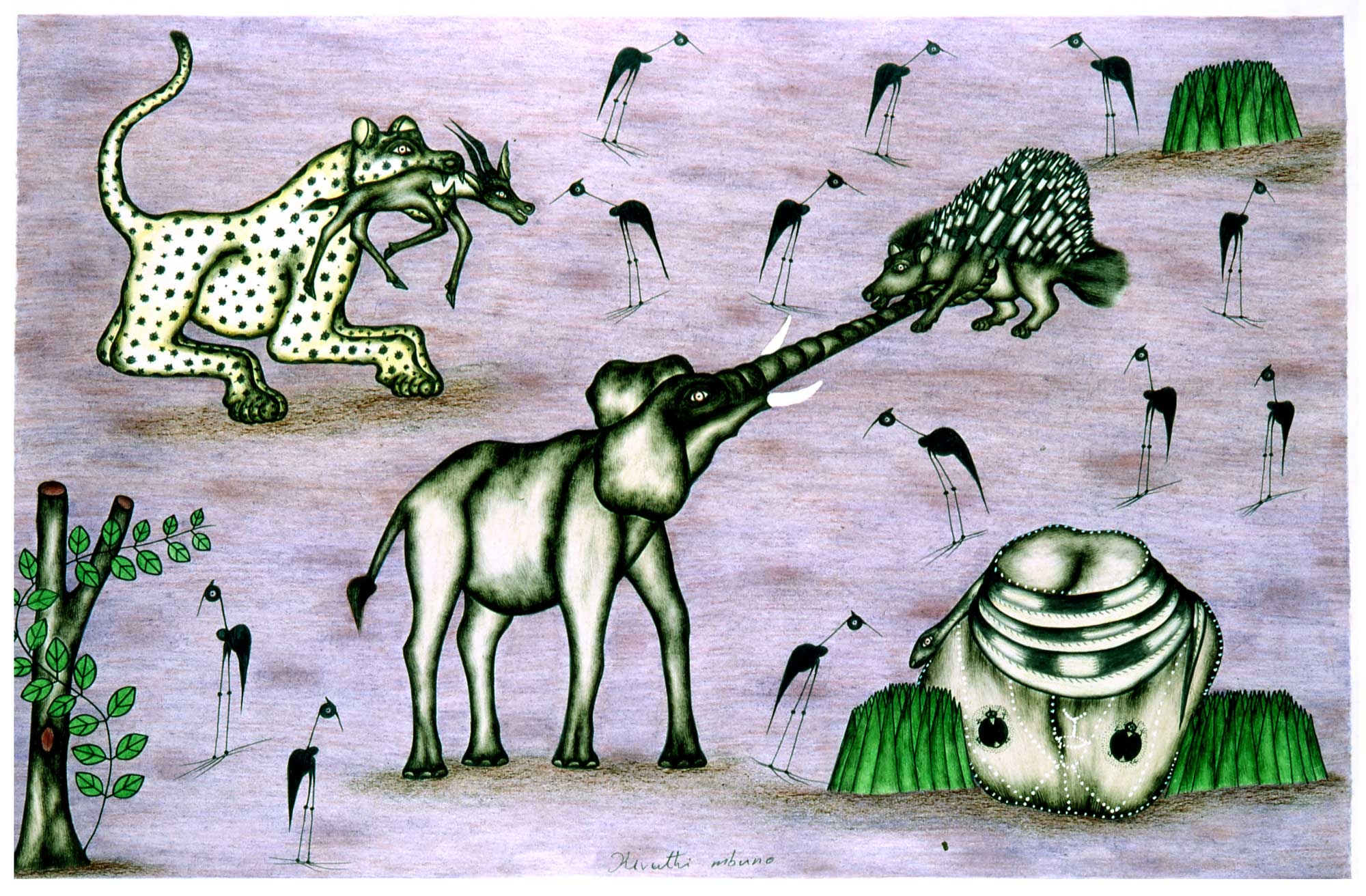 (No longer in CAAC) 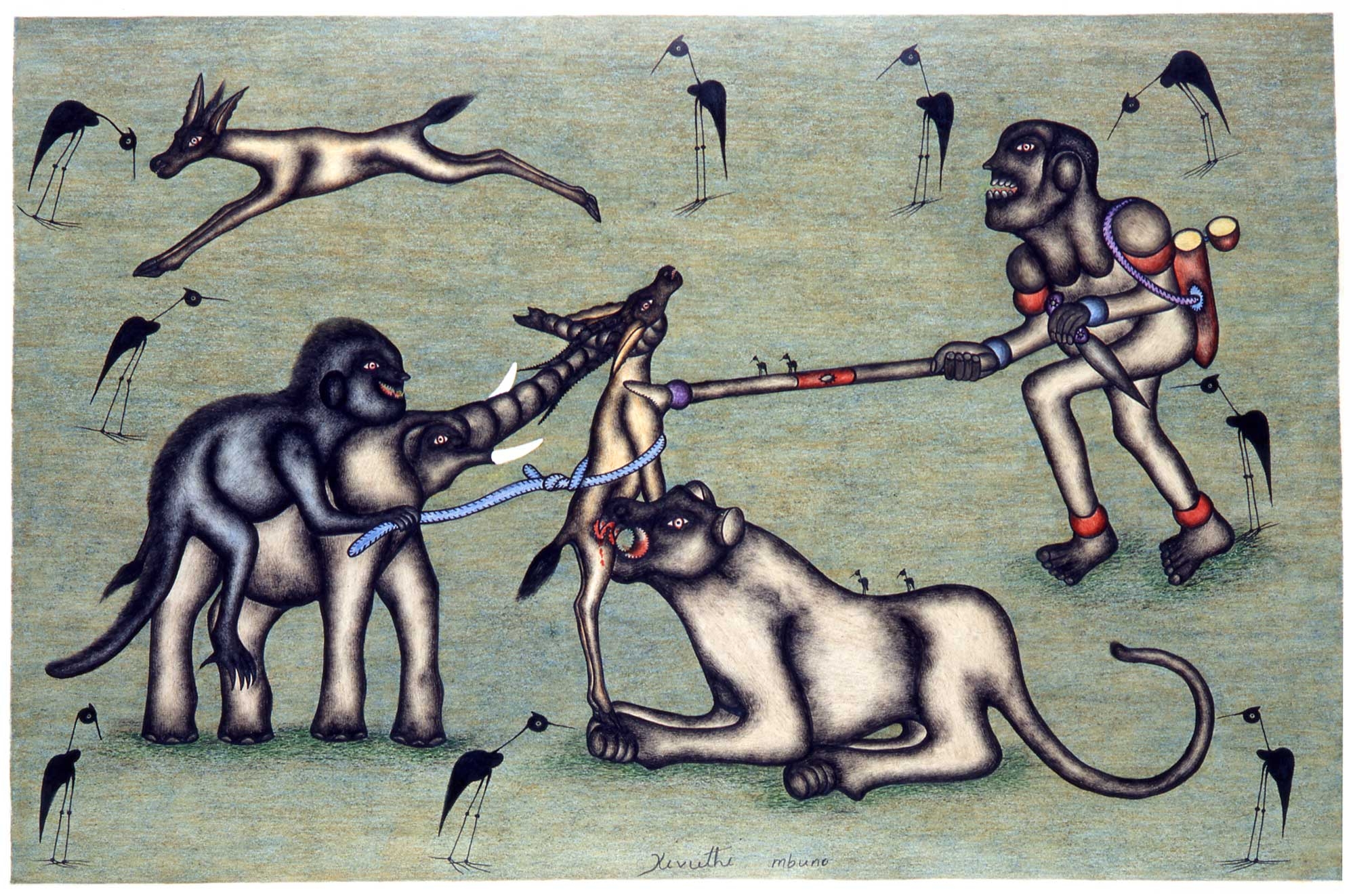 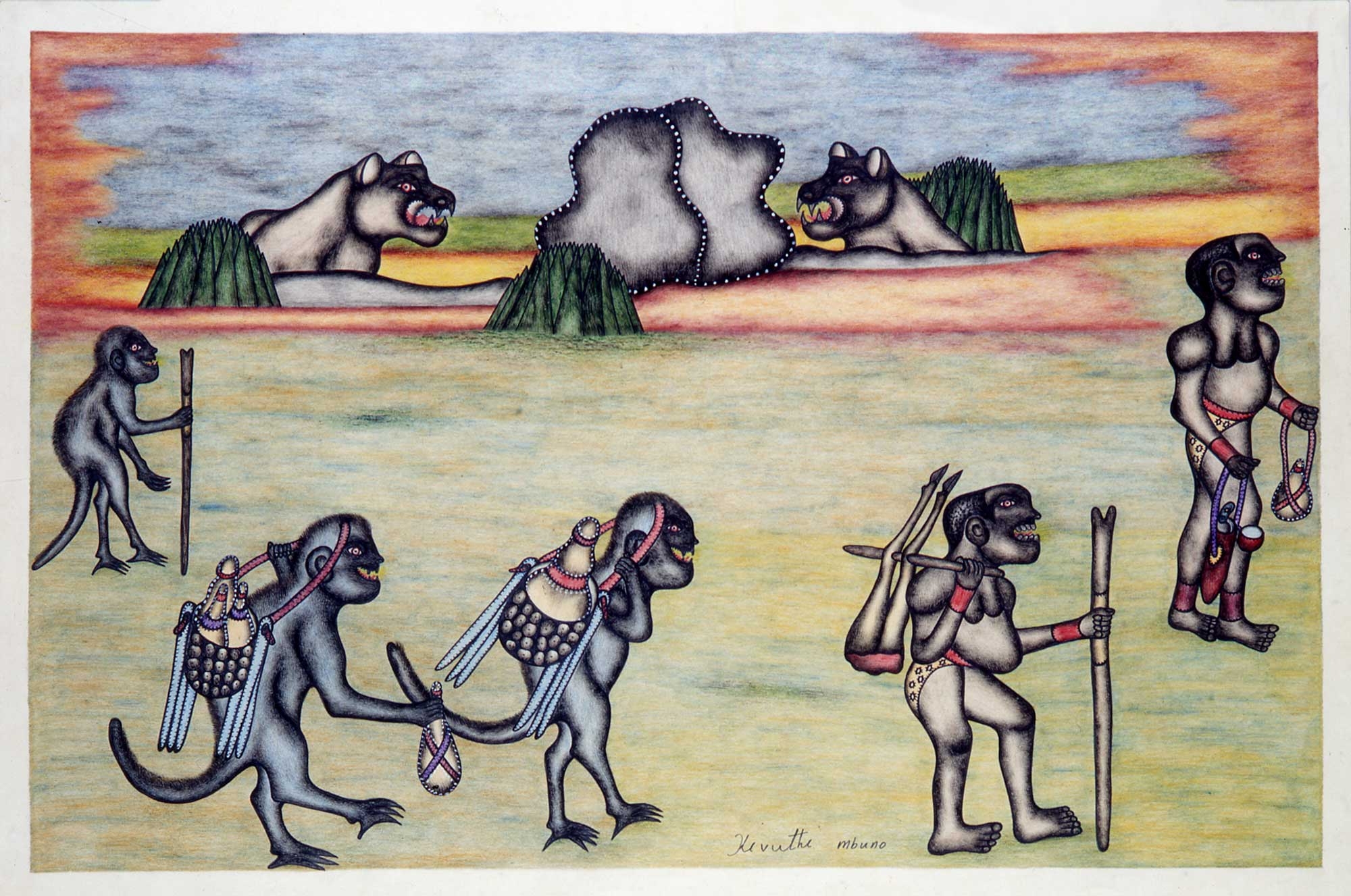 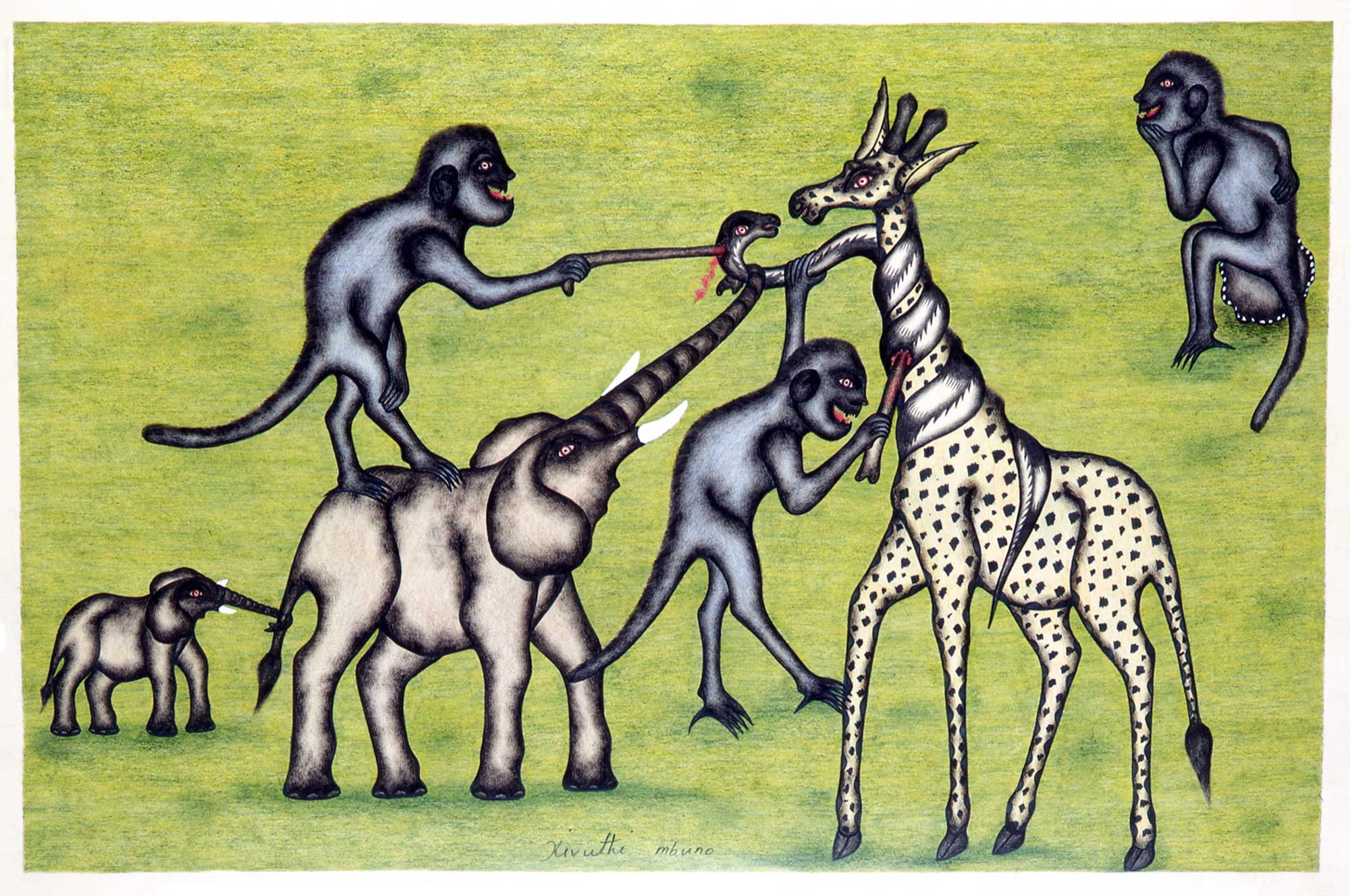 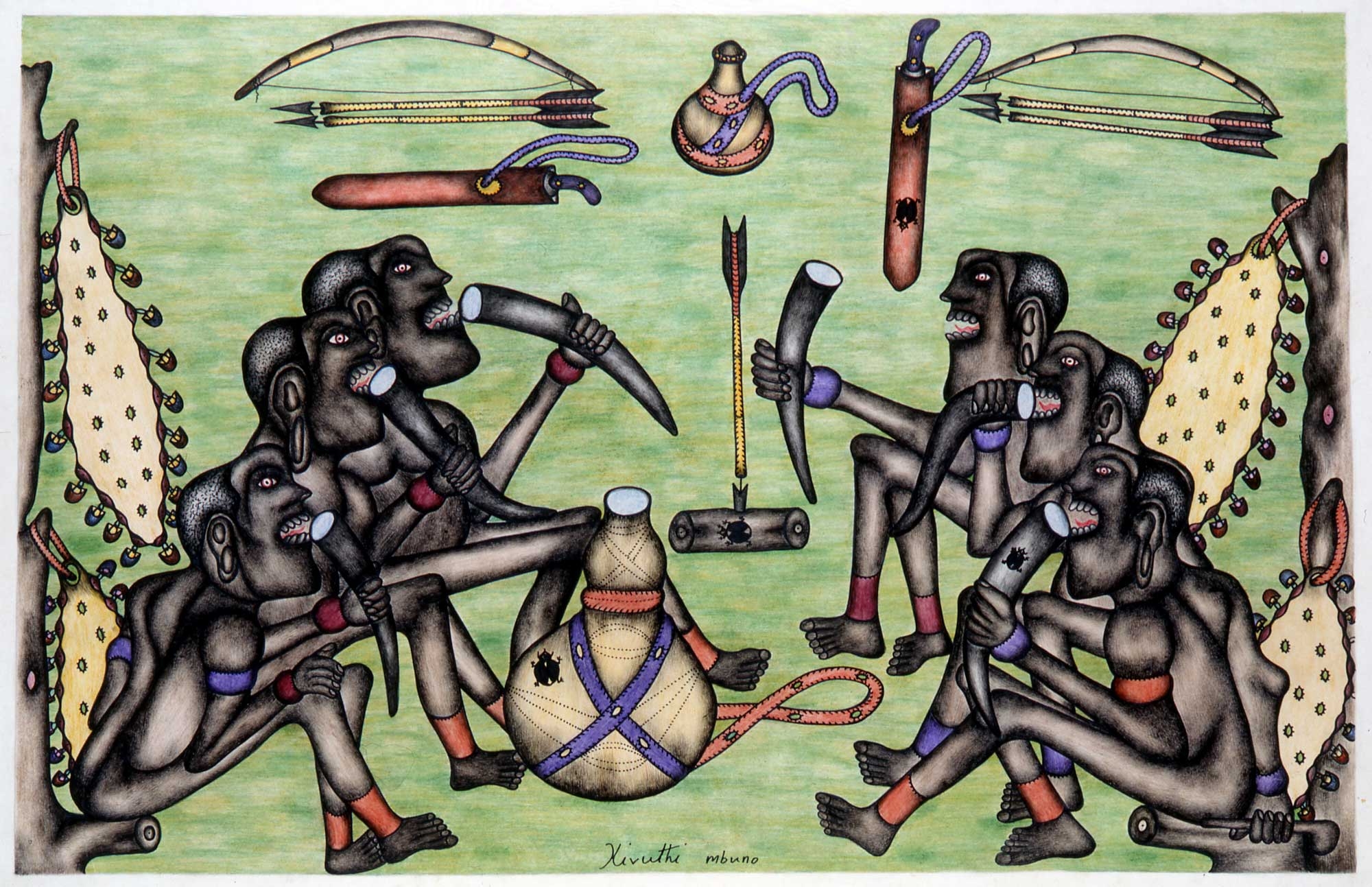 In his early days, Kivuthi Mbuno worked as a chef on safaris, which led him to travel, primarly into the interior of Kenya and Tanzania. This is how he came to know nature and its wild fauna and to maintain the close relationship with them that was to mark him deeply. In 1976, his ties with the family of Barones Karen von Blixen-Finecke (also known under her pen name, Isak Dinesen), and author of best seller « Out of Africa », led him to settle in Langata, where from then on he devoted himself exclusively to drawing. These lengthy treks inland, as well as the traditional life of the Wakamba tribe, from which he comes, have inspired him. Mbuno gives himself to nature and shows us the extraordinary in what is commonplace. In a precise drawing style – using ink, color pencils and pastels – he combines animals, human, objects of traditional life, and vast spaces. Here, these vast territories of Africa have none of that hostile aspect usually ascribed to them. Animals appear in perfect harmony with one another, as well as mankind, which is represented in a grotesque yet elegant style, and move with the same ease as animals they are hunting.

The model in the artist’s mind comes closer to the supernatural than to the natural. Mbuno explains that what he wants to paint is less the reality than the idea he has of nature, in a sort of Eden-like era.

In 2013, Kivuthi Mbuno was chosen to represent Kenya at the 55th edition of the prestigious Venice Biennale.