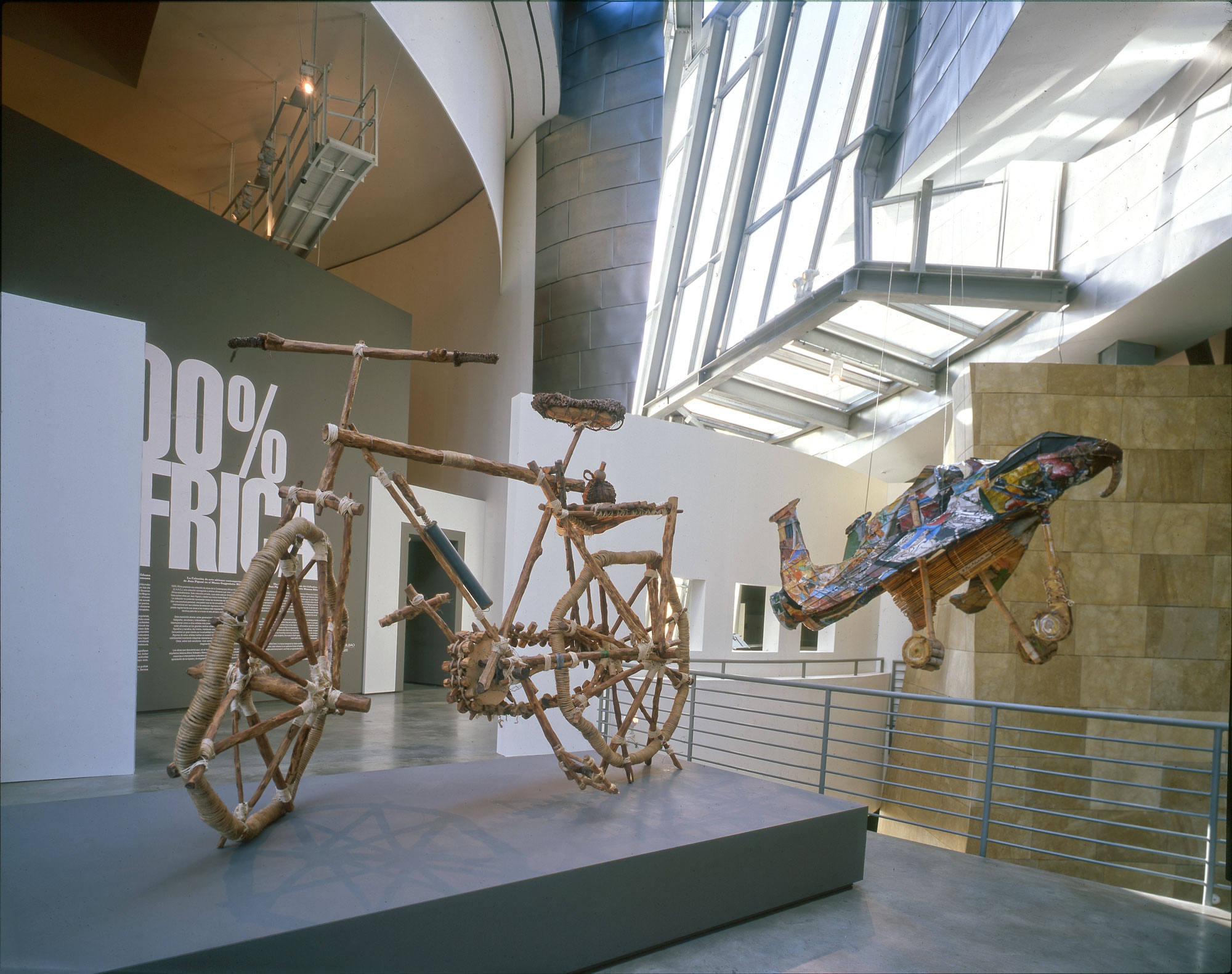 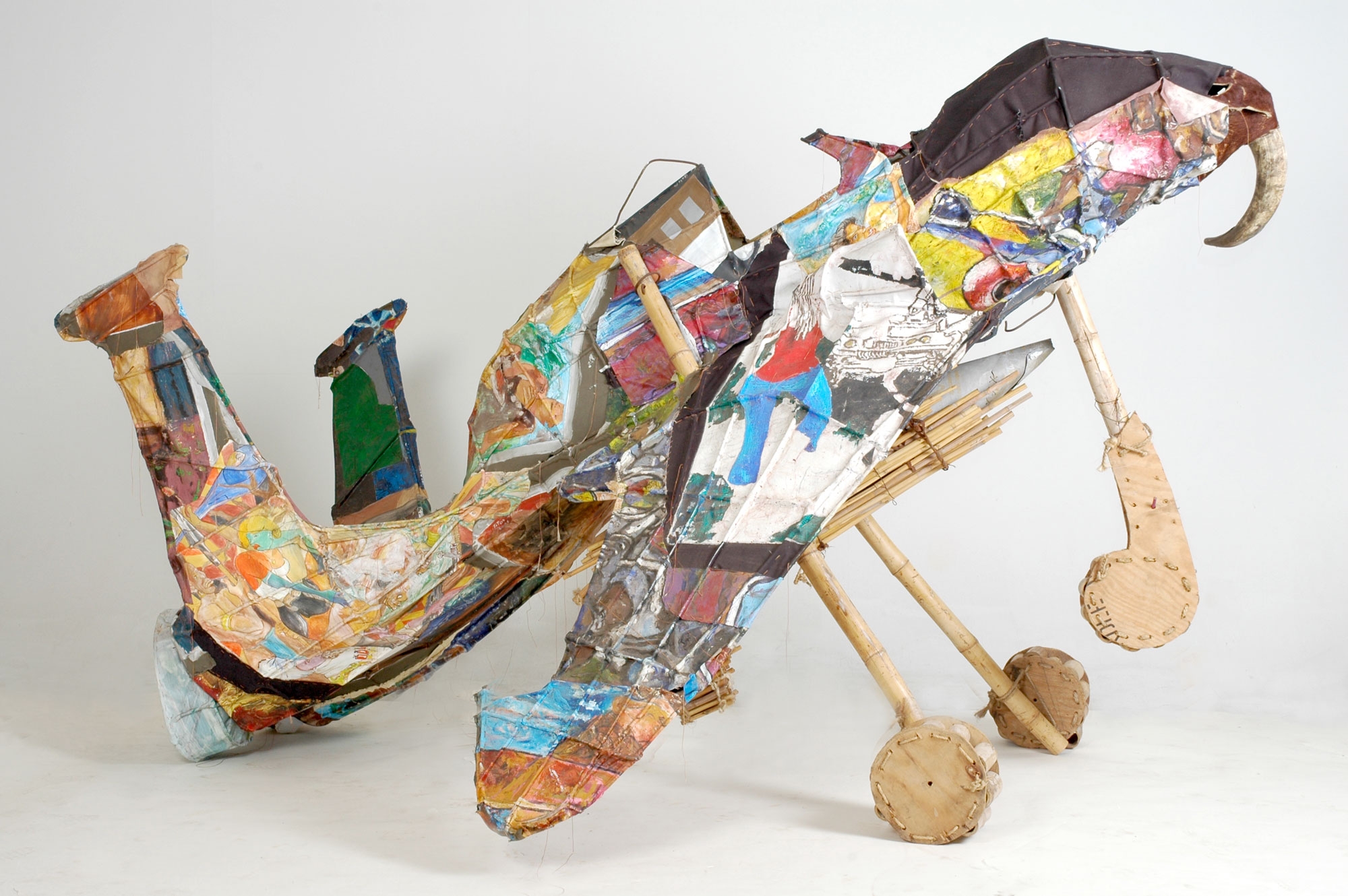 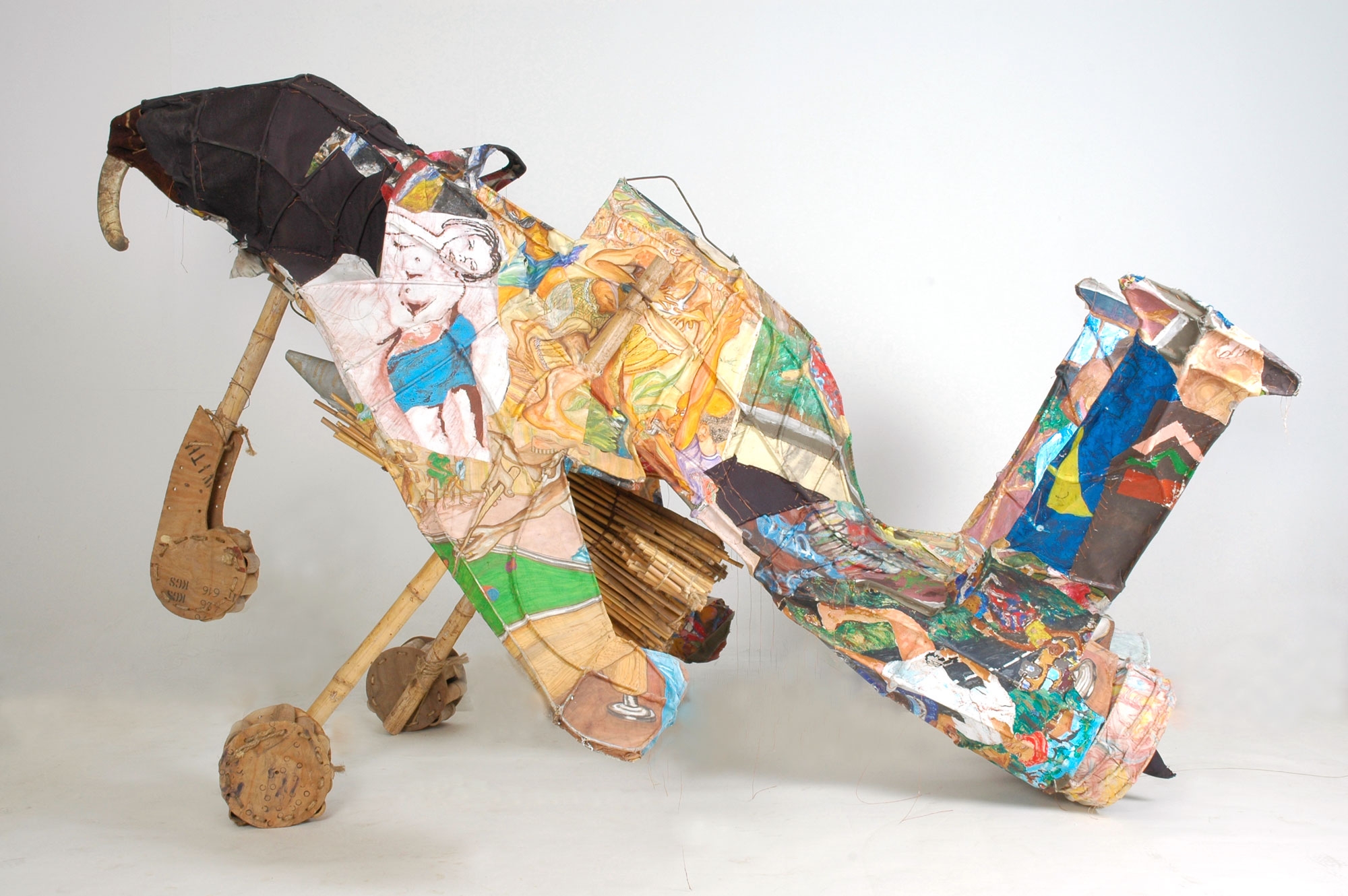 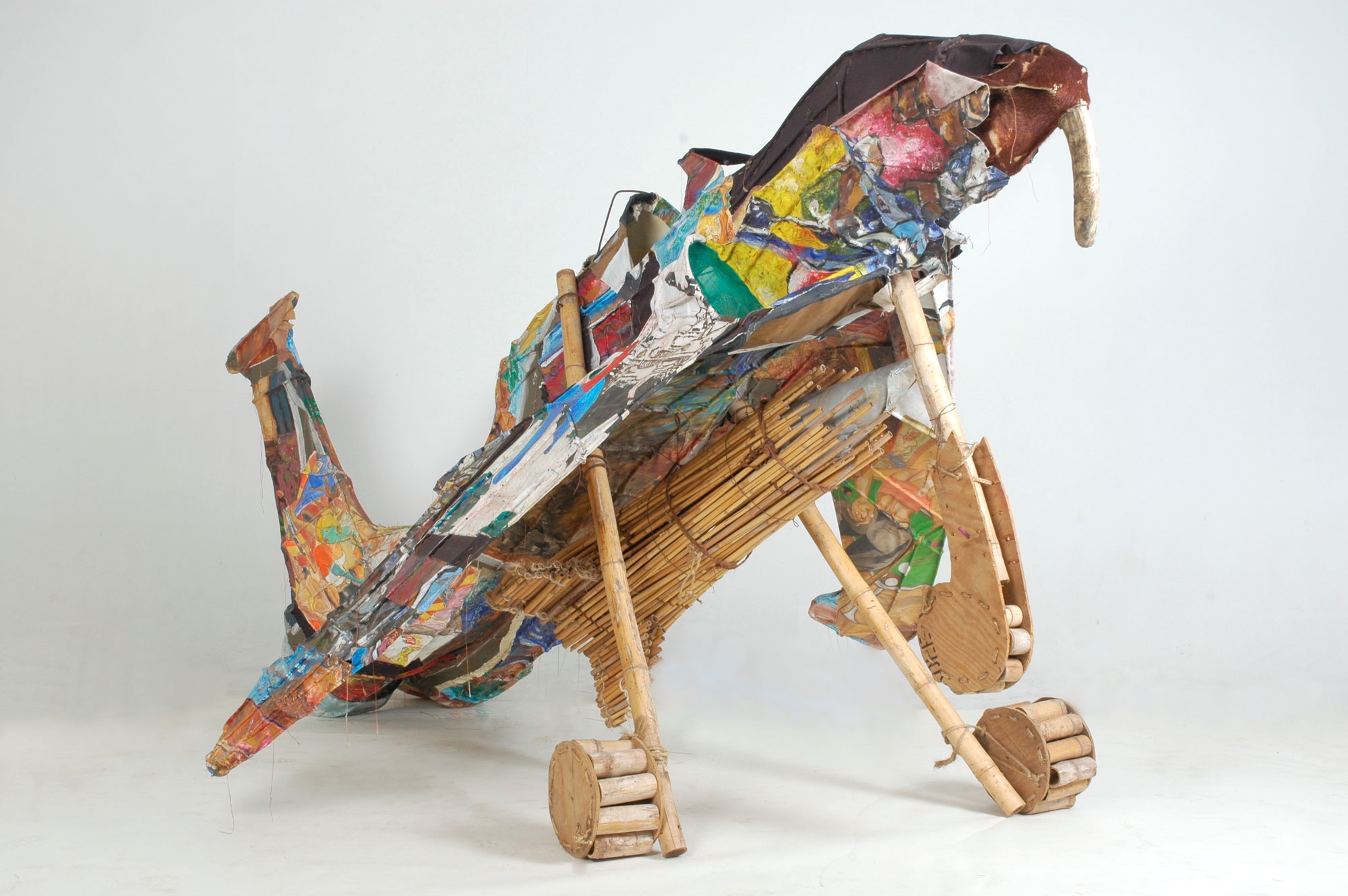 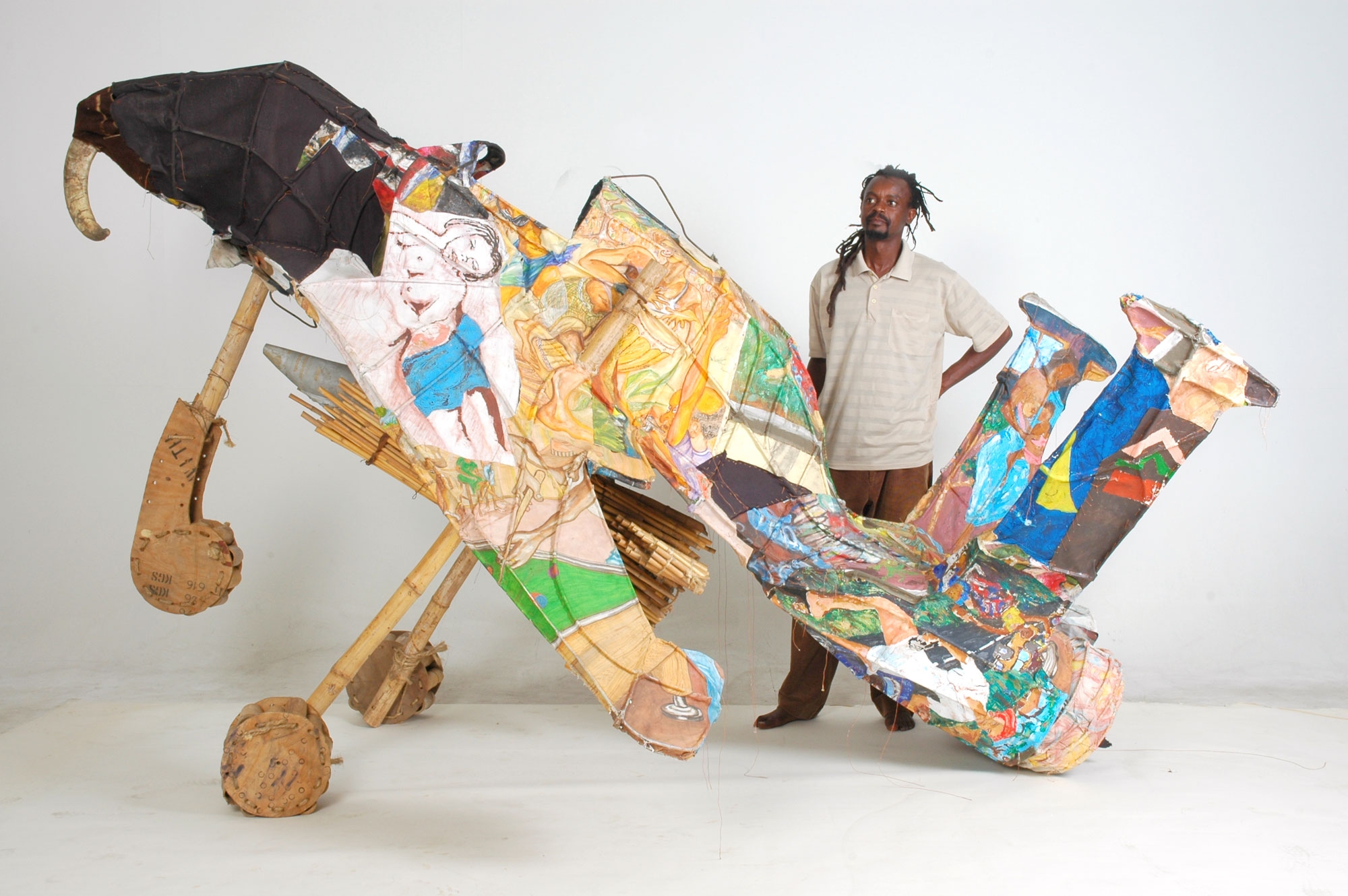 Titos Mabota standing next to his plane. 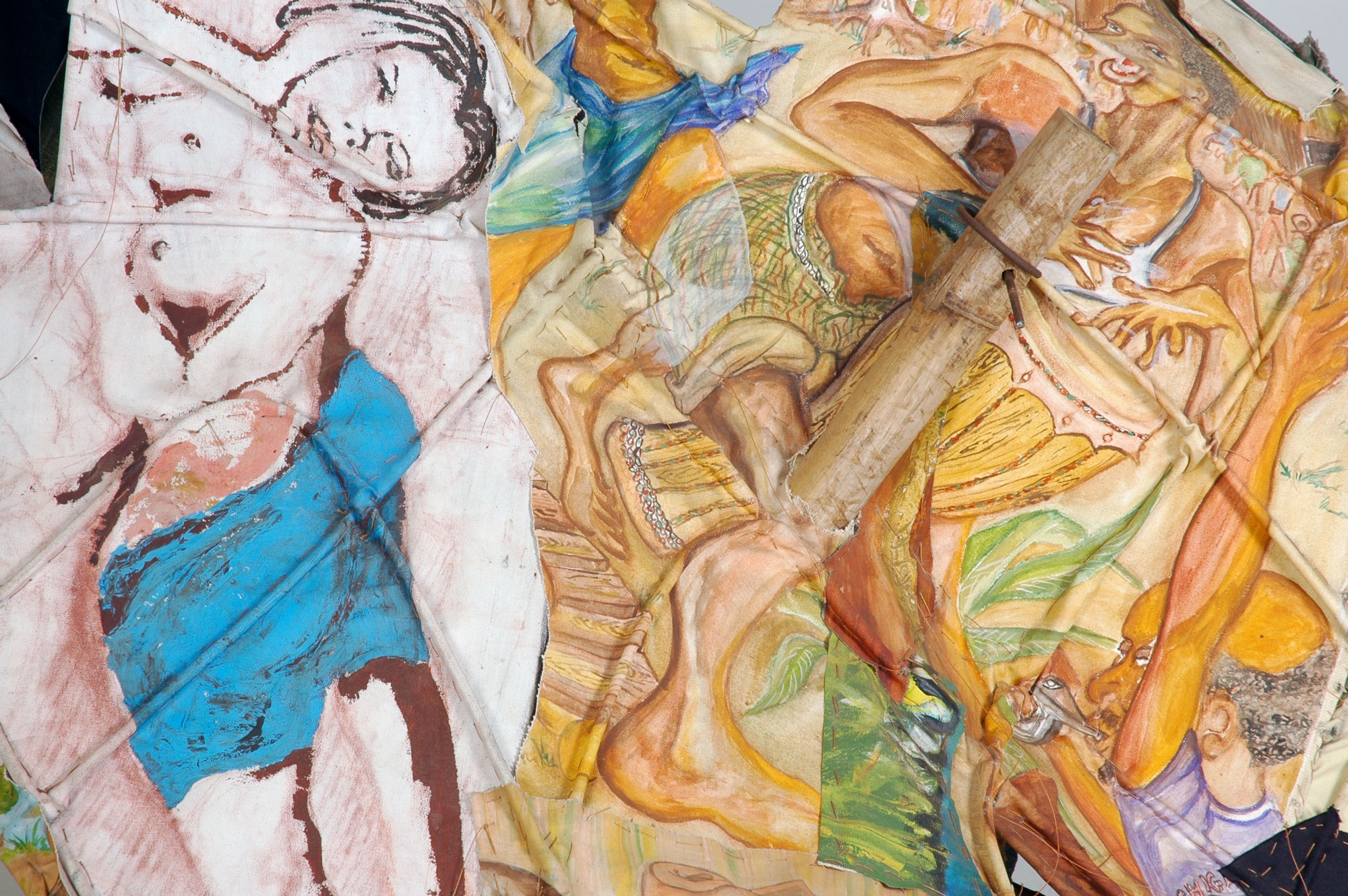 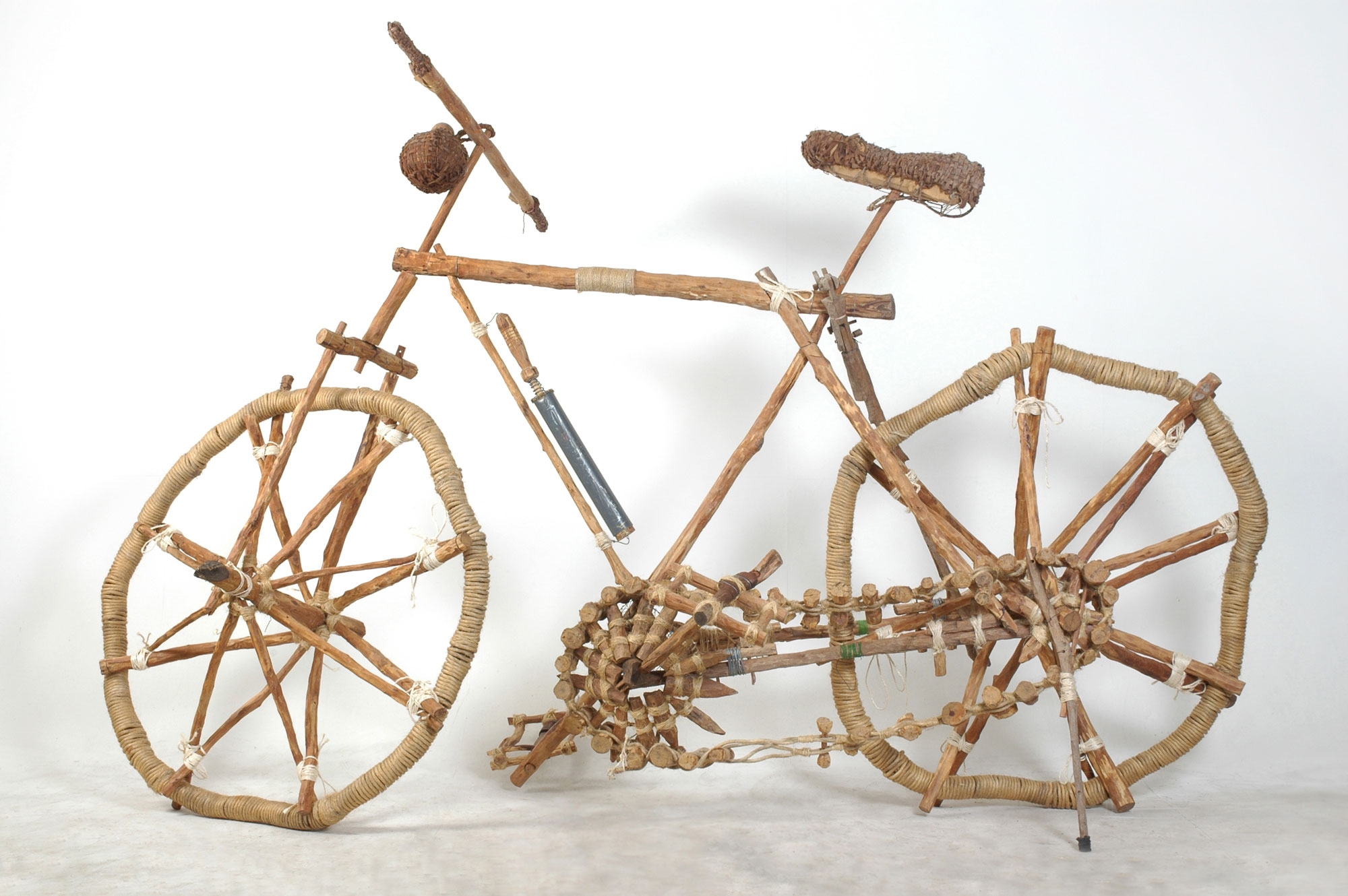 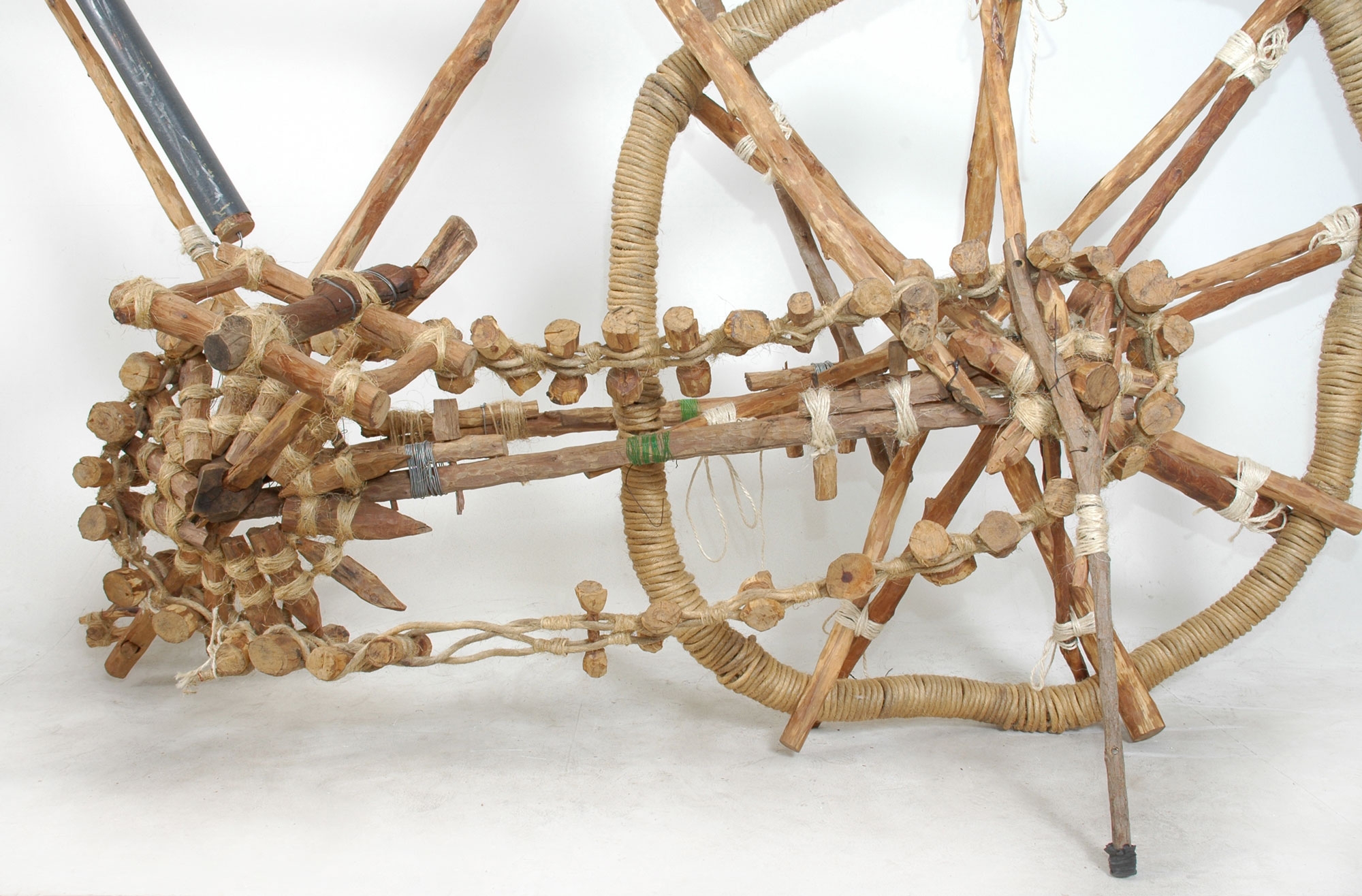 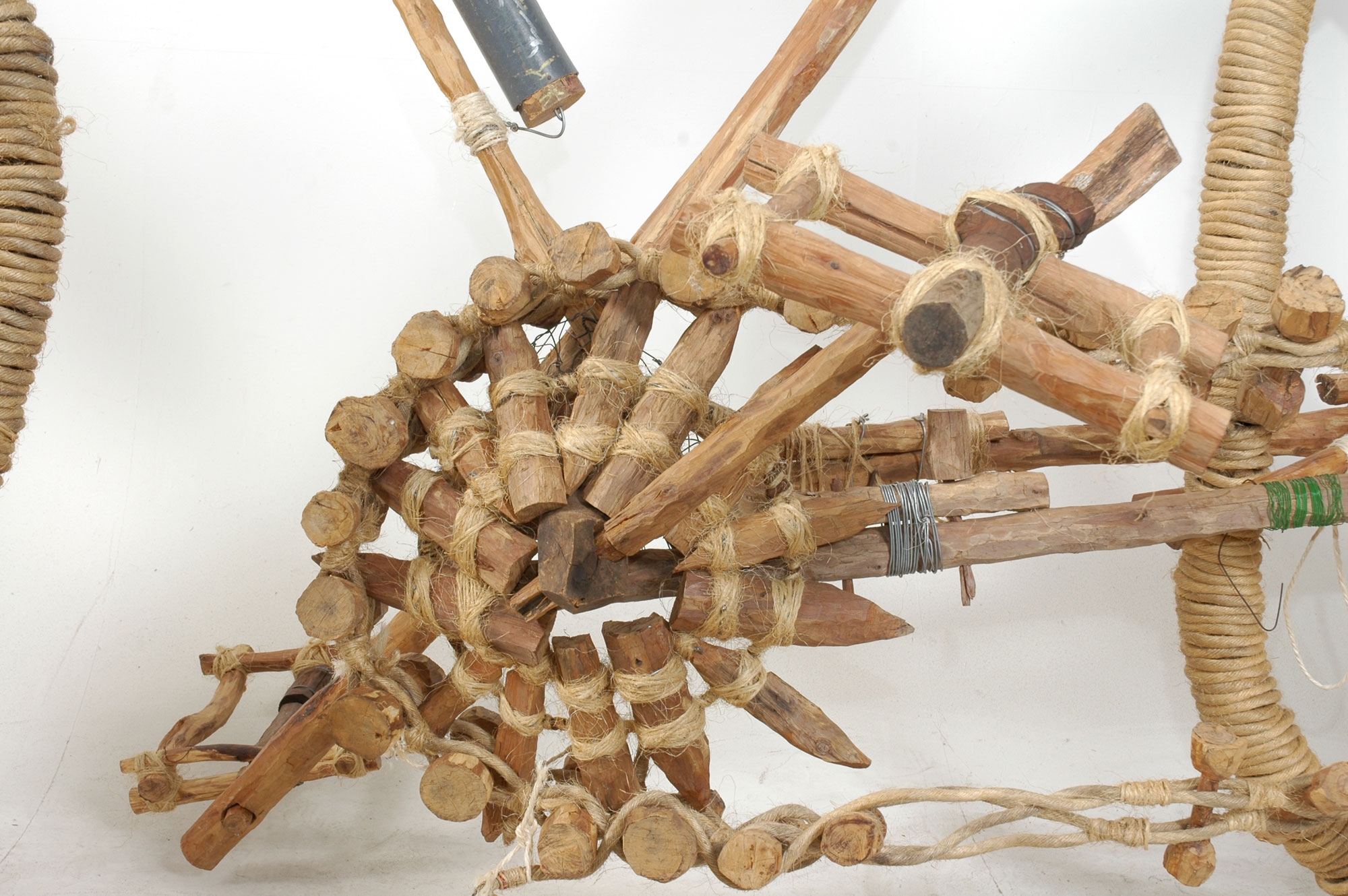 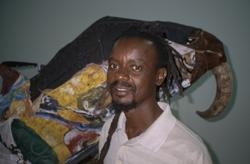 Lived and worked in Maputo, Mozambique.

In Mozambique, the modern and contemporary rendering of traditional makondé sculpture has long been one of Africa’s most prestigious artistic expressions. It is still made today on the high plains of the Mueda region and in neighbouring Tanzania. Only when the civil war ended in 1993 did Mozambique recover the peace and freedom that would foster an explosion of creative activity by young artists. Numerous artists born during the war years quickly established an art scene imbued with the details of their daily life and the traumas they had experienced. The sculptures by Gonzalo and Koestler based on weapons – fists grenades and bazookas – are most representative of these trends. As they have learned to use their new freedom, some artists painters and photographers, painters and photographers have developed works less closely linked to this historical context.

These artists have formed associations known as “Art Cores”, which comprise not so much an artistic movement as a place for sharing, for working and for holding permanent exhibitions. This is the context in which Titos Mabota most often works. His work is quite distinctive, seemingly crude and cobbled together, but in fact very carefully thought out and painstakingly executed over long stretches of time. He himself declares that in his rare monumental works, the notions of good, evil and truth are omnipresent. For this artists, art must change life and be intelligible to all his long-suffering people.

As Portas Do Mundo

As Portas Do Mundo, Evora, Portugal