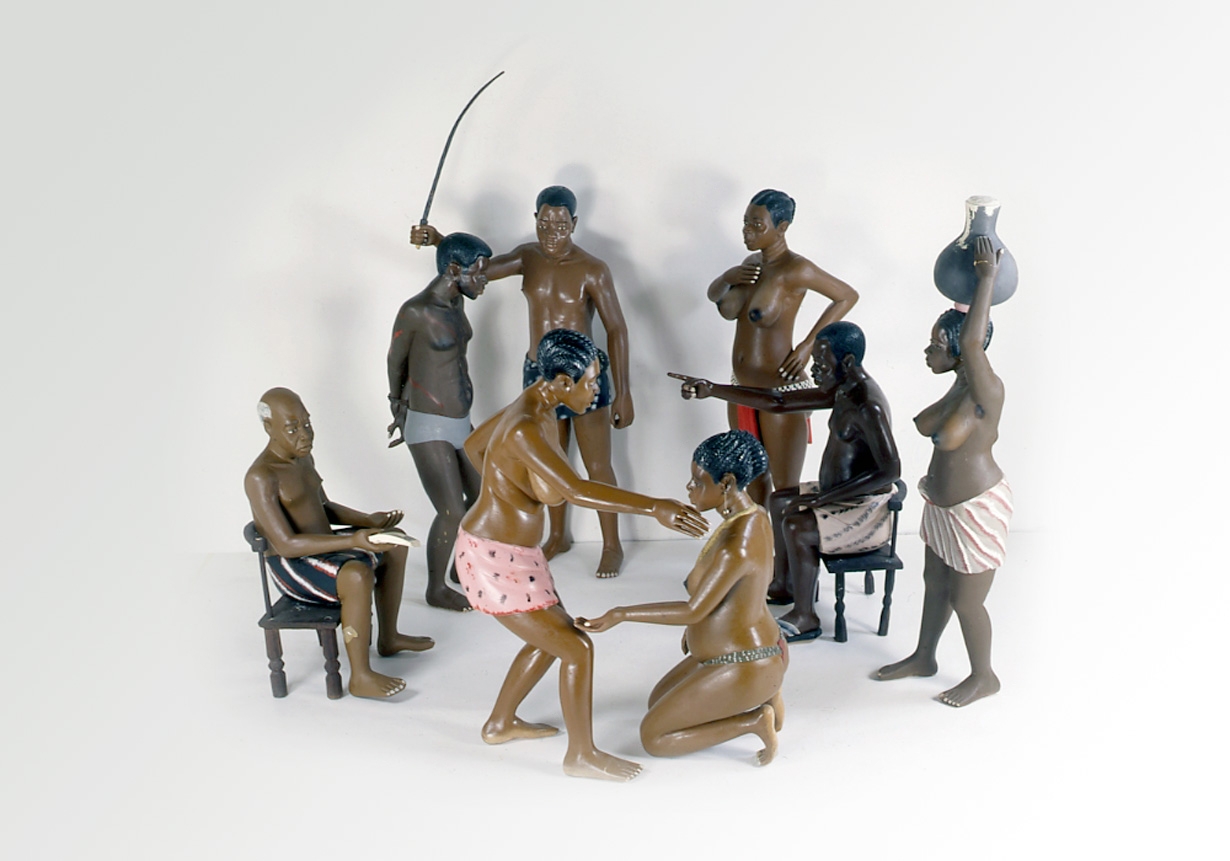 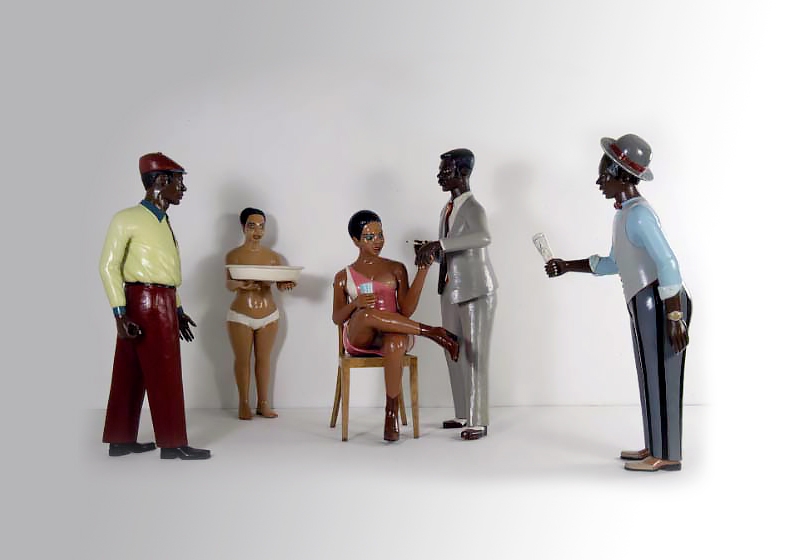 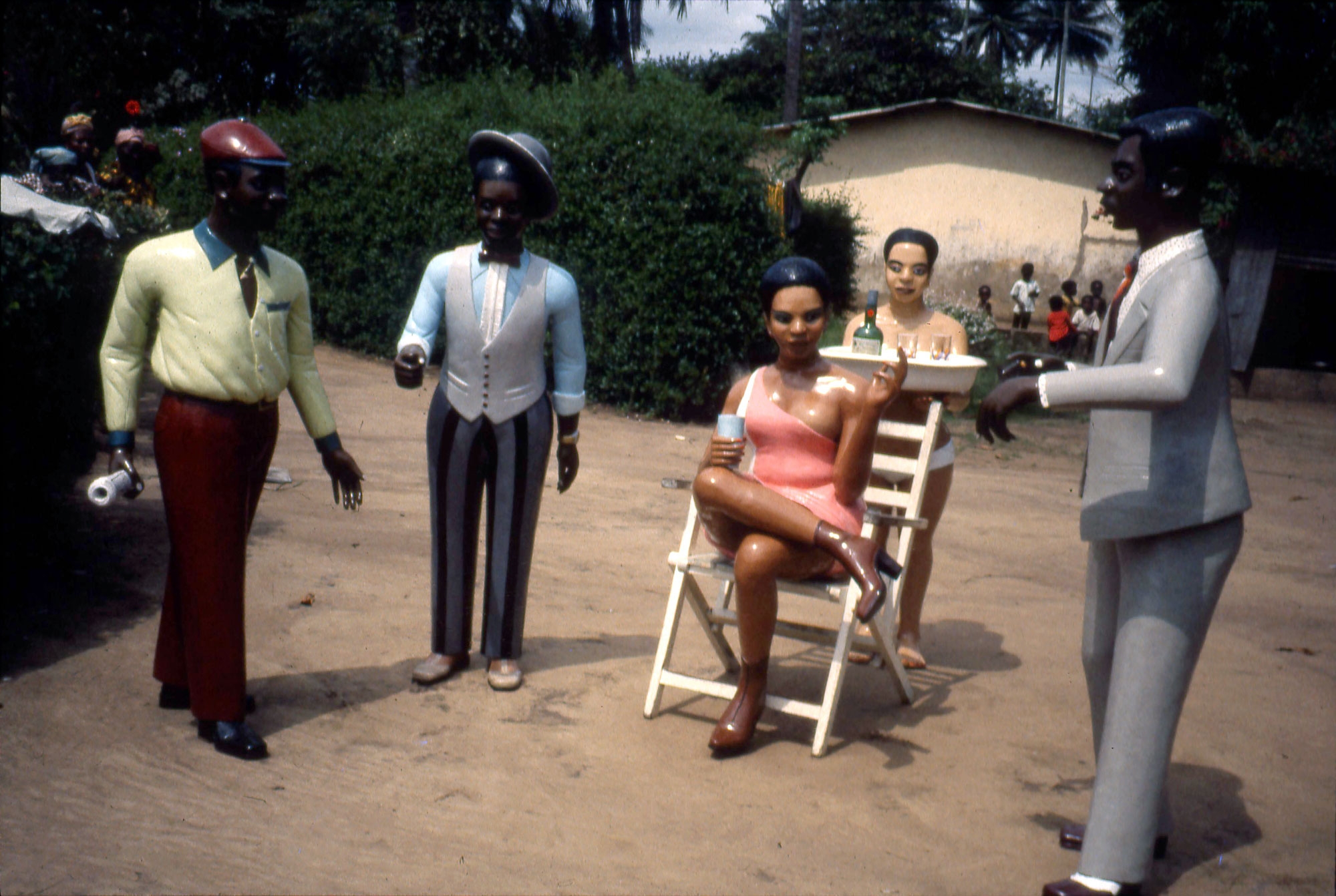 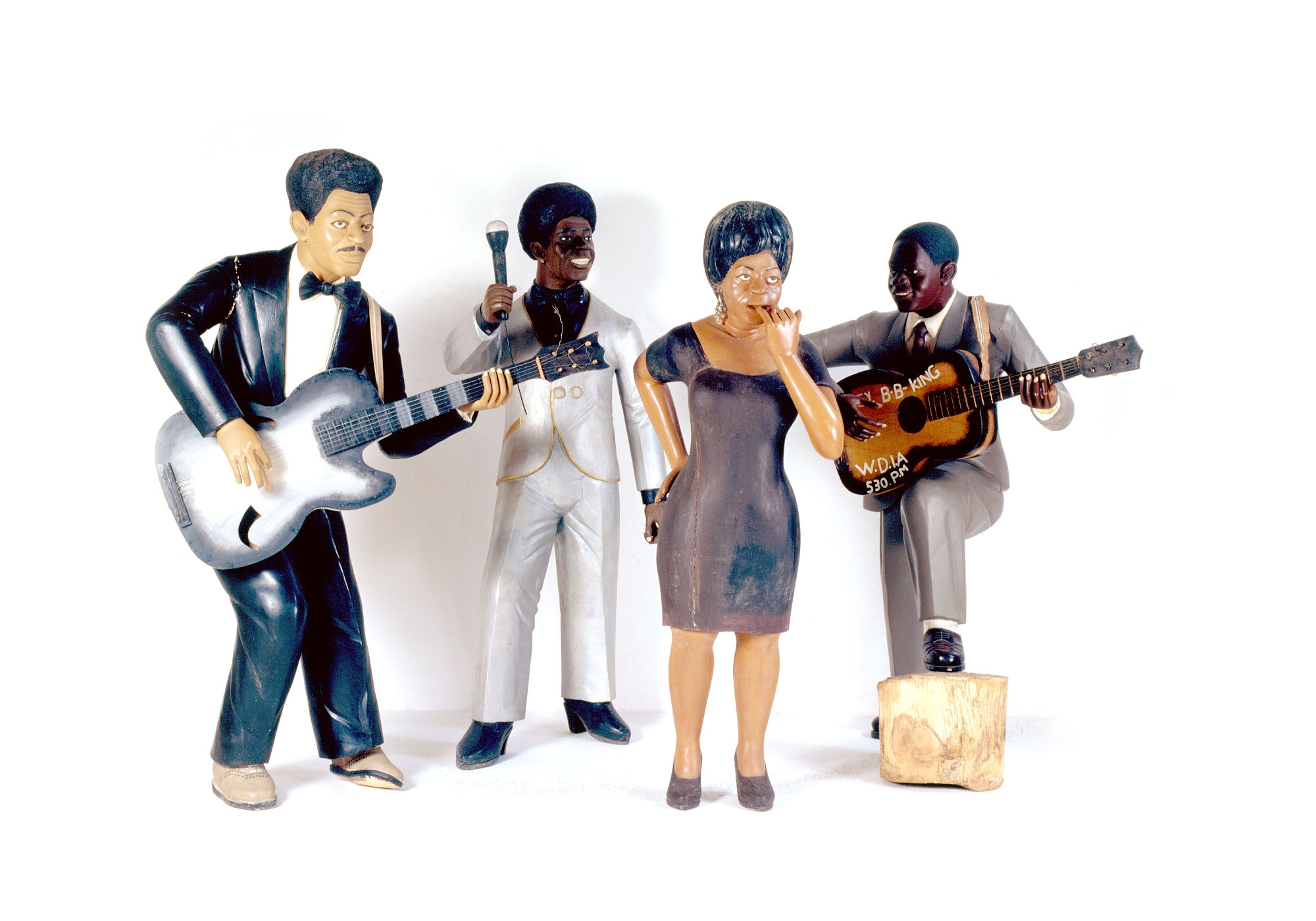 From left to right:

The two brothers Guebehi and Damas were born in a family that came from Nikeïde in Krou country (in the western part of the Ivory Coast, close to the Liberian border).

Emile Guebehi was involved in various manual labor jobs until 1966, before dedicating himself to wood carving, on the advice of a healer in his village. Impressed with his first sculptures, the Ebrié community who populated the lagoon, offered to settle him in the village of Songbo Dagbé, on the road to Abidjan.

Emile Guebehi, then his young brother Nicolas Damas, went to work for the Ebrié community who ordered whole batches of sculptures from them to celebrate the "Feast of Generations". This because the structure of Ebrié society is based on the existence of 4 age-groups. Dougbo: the class of Sages from 56 to 72 years old; Chagba: the class of the Mature Men from 40 to 56 years old; Bleffoue: the class of Warriors from 24 to 40 years old; and the Gnandos: the class of Youths from 8 to 24 years old. Each age group is shown in specific scenes, all done by the same artists, carved in relief, life-size. Passing from one class to another is celebrated by feast with cultural manifestations that are an opportunity to exhibit publicly the totality of the community's cultural heritage.

Emile Guebehi and Nicolas Damas made large mulitcolored scenes representing the characters, animals, objects related to the daily life, the history of the population, the origin of the Ebriés and their initiation rites. Each village in the lagoon is the proud owner and caretaker of these works. They testify to history of the Ebrié and their relationship to these artists who kept up an African tradition of artistic production devoted to the needs of the community.

Alongside this, Damas developed a personal style that reveals his particular interest in urban life. These works represent scenes in bars, groups of musicians, and "trend-setters", and are aimed a more international clientele.

2005
African Art Now: Masterpieces from the Jean Pigozzi Collection
Exhibition catalogue. Published by Merrell in association with the MFAH.