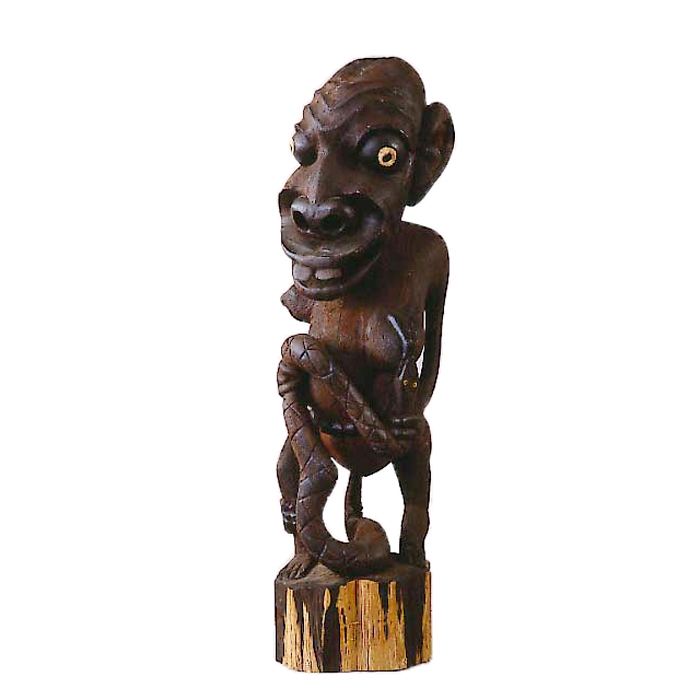 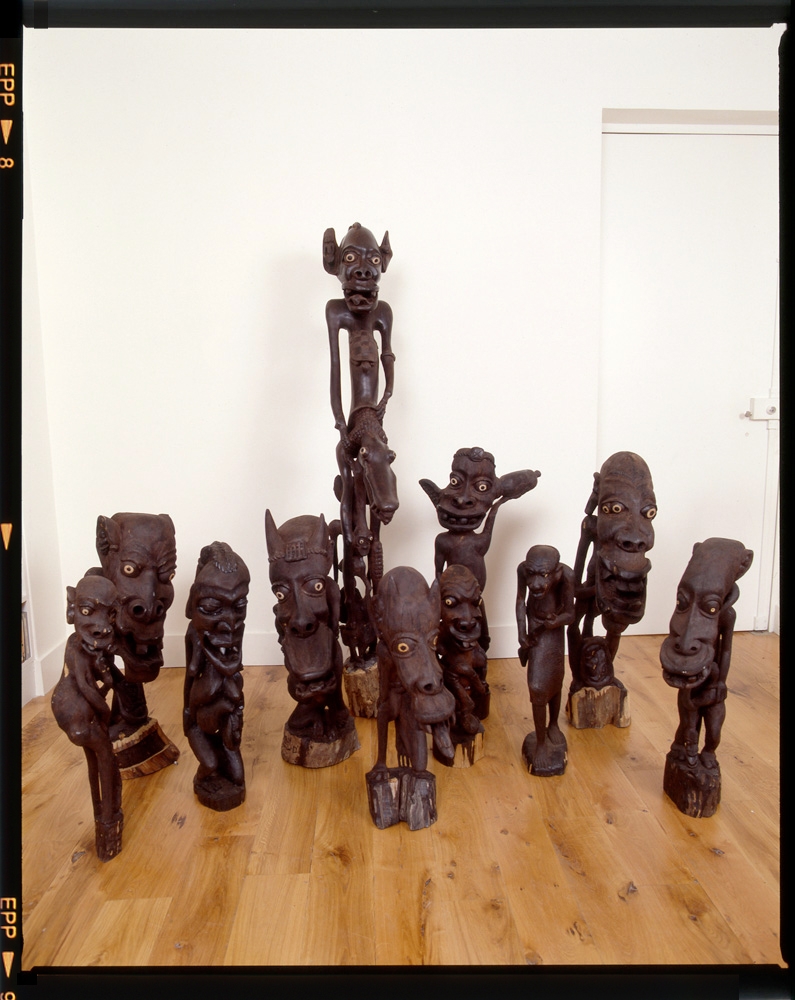 John Fundi sculptures side by side 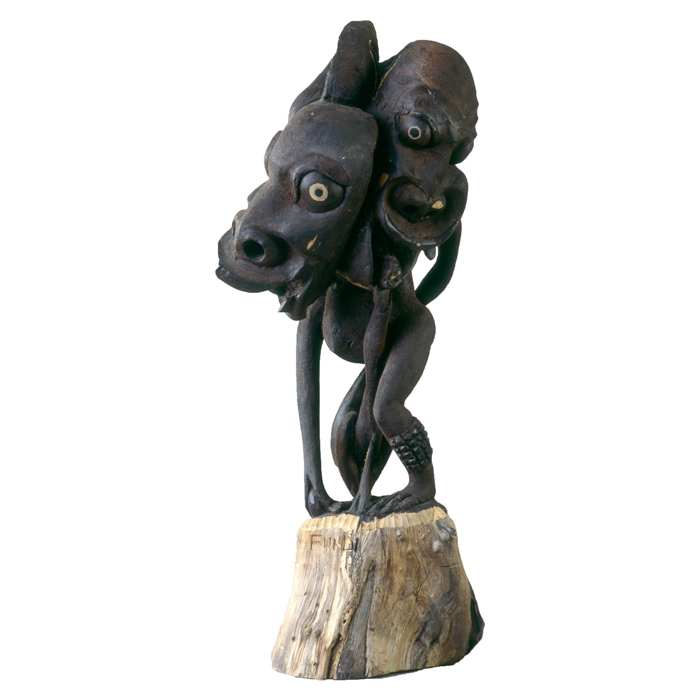 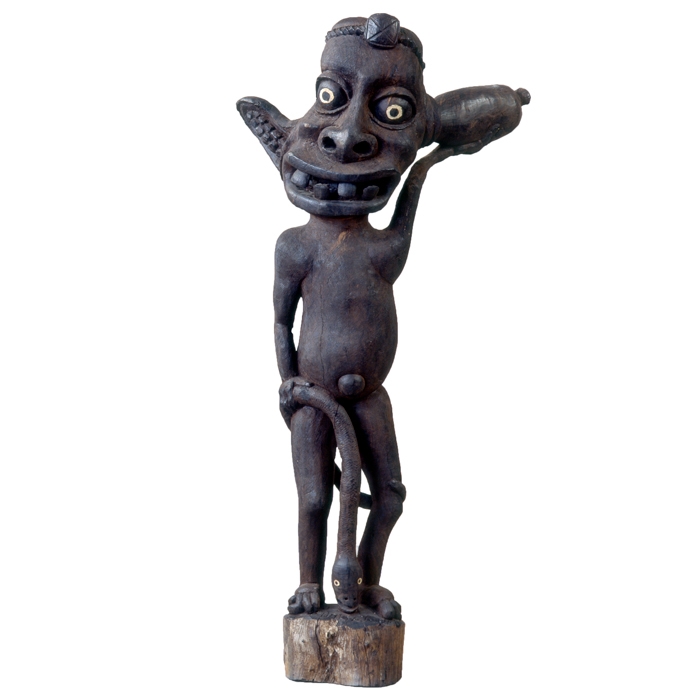 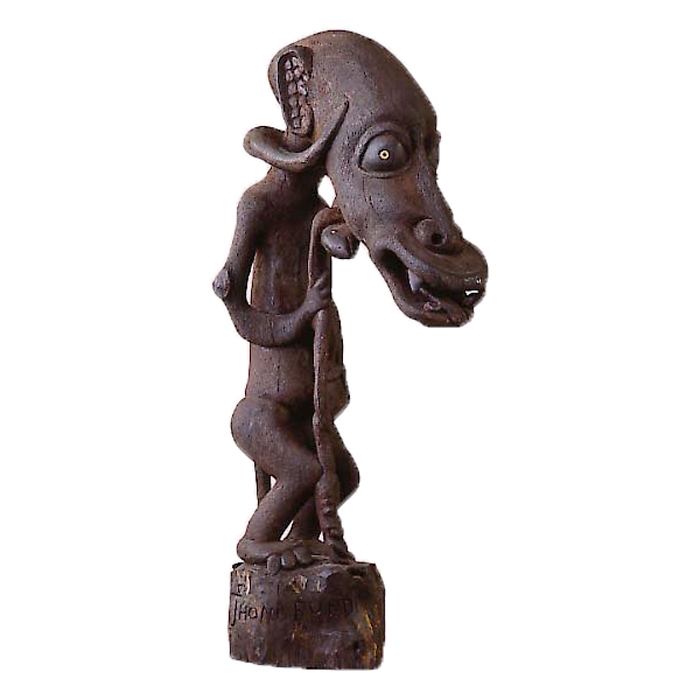 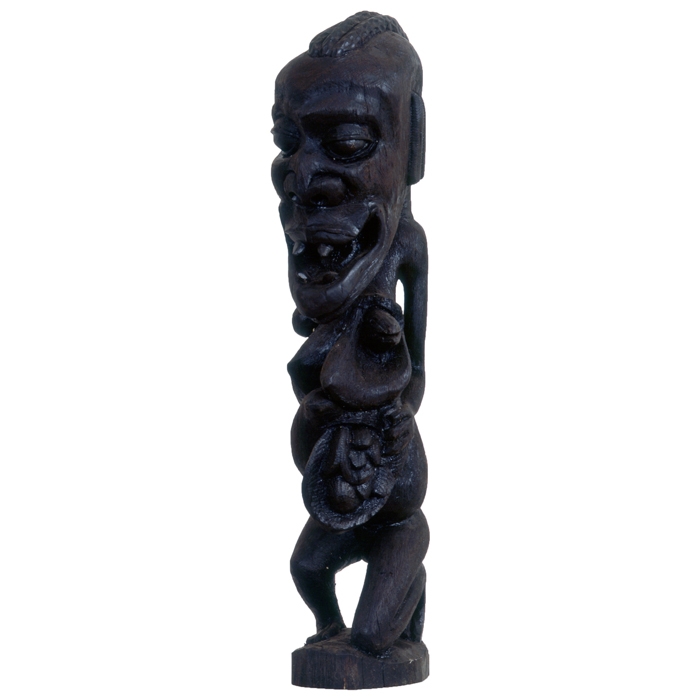 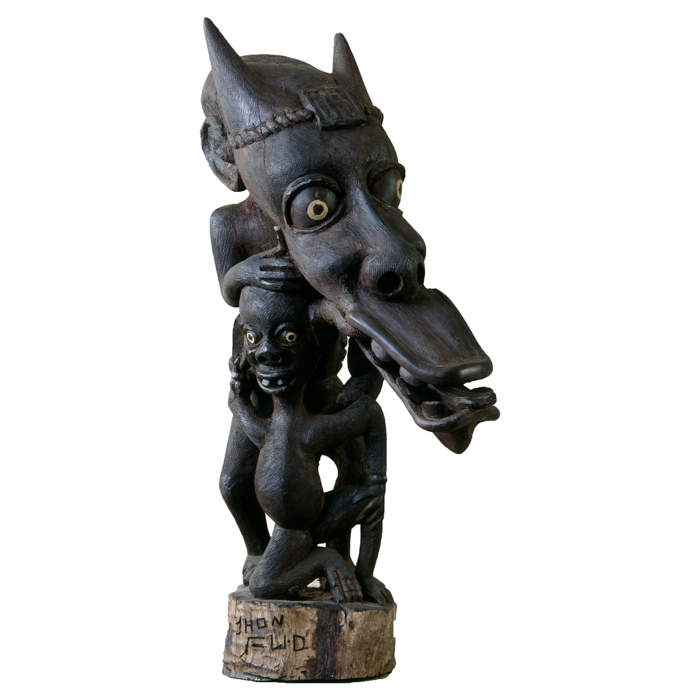 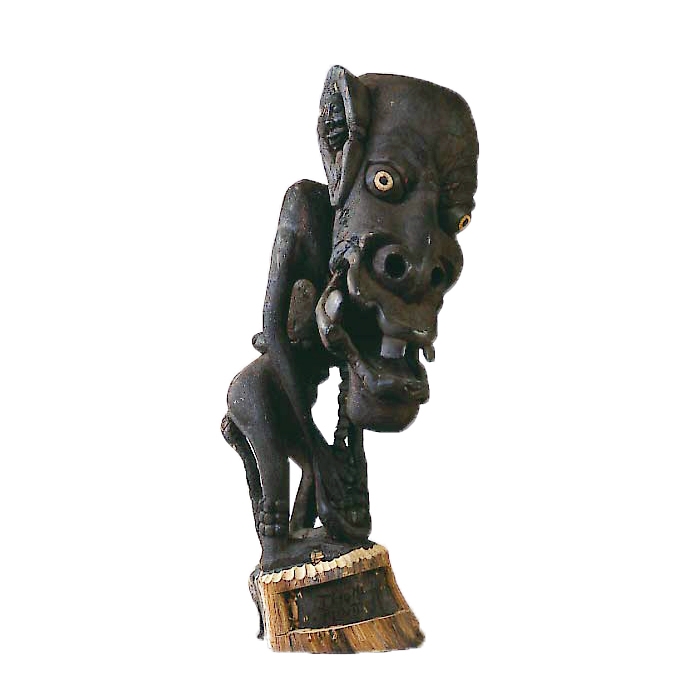 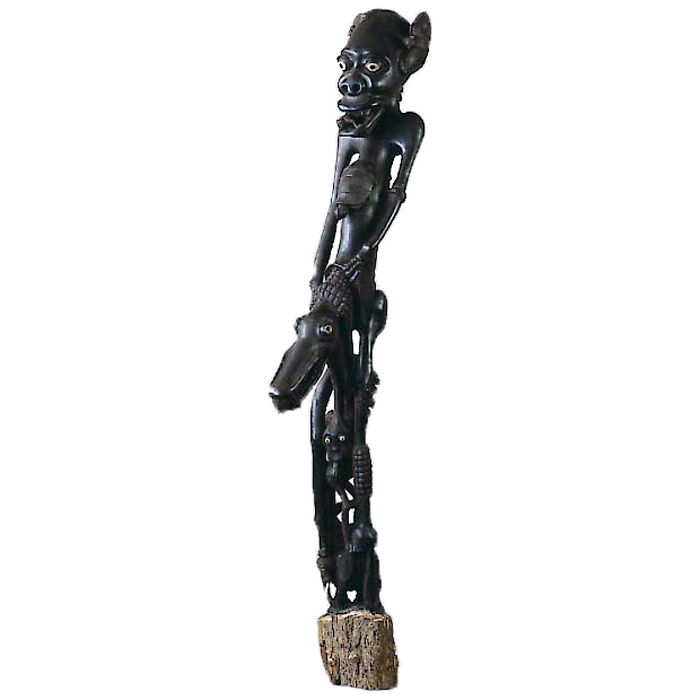 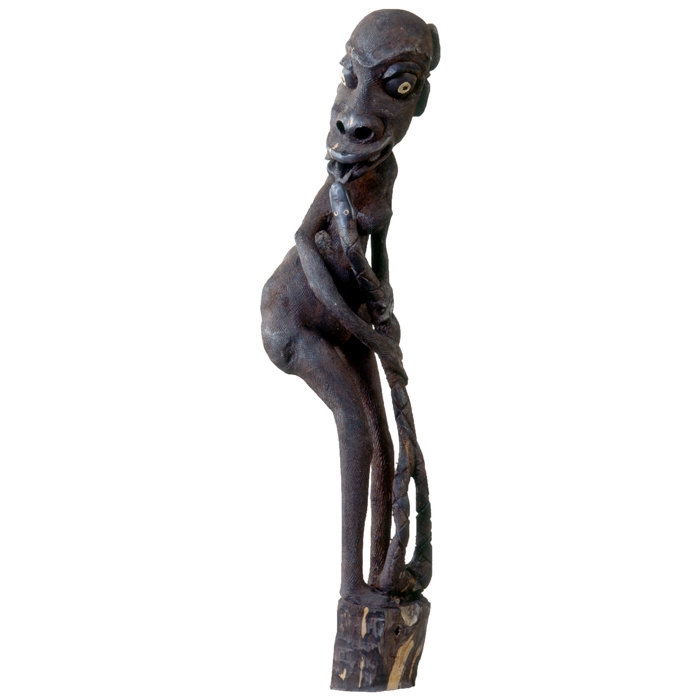 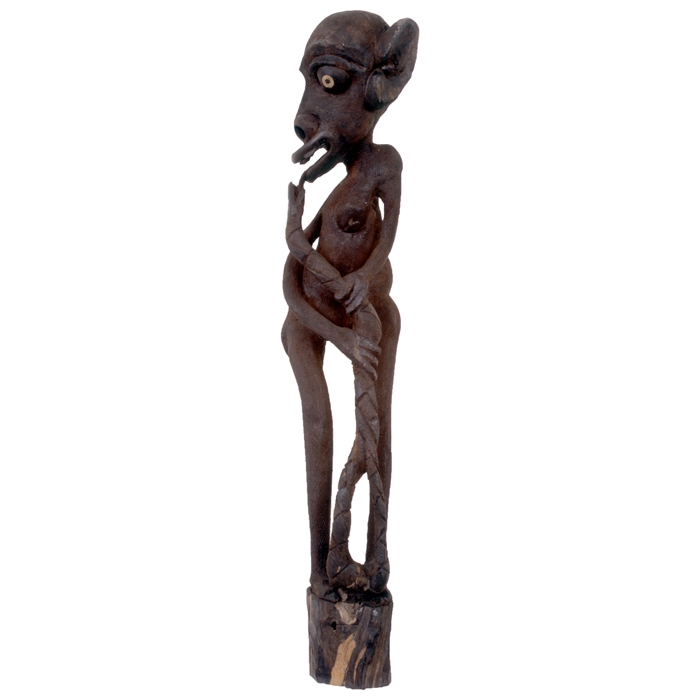 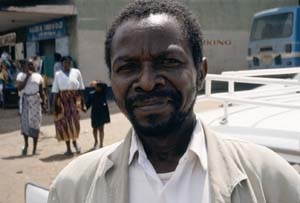 The Makonde are a Bantu people who inhabit the arid highlands of northern Mozambique and southern Tanzania. They worship their ancestors, especially their mothers. Their traditional sculpture, deeply related to religion, goes back to the distant past. Once the colonial period was over, this sculpture came to be treated as an art form. The Makonde from Mozambique played a major role in this evolution, freeing the sculpture from its links with ancestor-worship, enabling local artists to develop a more personal and creative style.

The decade from 1950-1960 saw the development of artisans to boost tourism. However, a small number of exceptional artists left to settle in Tanzania where they started to work with an especially hard ebony, named 'mpingo' in Swahili, and radically changed the traditional forms. Samaki, Jacobo, Madanguo, Dfastani, Kashimir, Matei, Anangola, John Fundi and other artists created and perfected 'shetani'and 'Ujama'styles. It was in Tanzania, working in the 'shetani' style, that most of J. Fundi's work was done. 'Shetani' sculpture focuses on possession cults, where good and evil spirits vie* to give access to the realm of the supernatural.

It is not easy to characterize the work of "Johnny Walker", John Fundi's favorite nickname playing on the ambiguity between the Scotch drinker and the celestial traveler. When asked what his inspiration was, he liked to answer that he suspected that his mind escaped at night to take part in secret meetings. Marked by a restless and fantastical personality, his work describes the good and bad spirits that are invariably sent into the world with a kind of deformity - the latter referring to sexuality in a symbolic and poetic way.