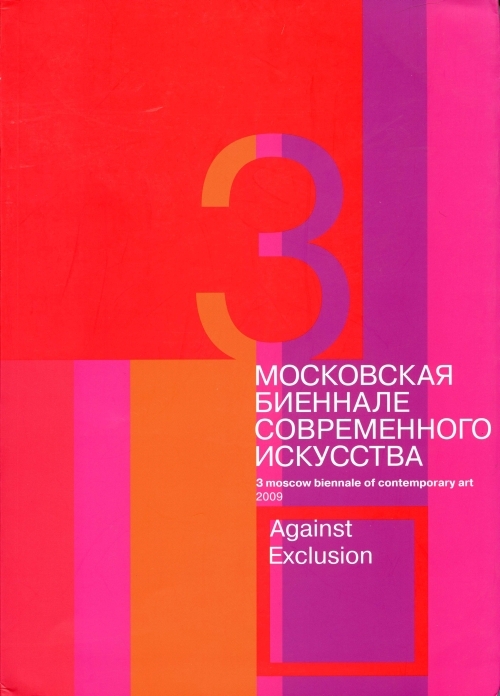 Garage was proud to host the Third Moscow Biennale: Against Exclusion by French curator Jean-Hubert Martin and Commissioner of the Moscow Biennale Joseph Backstein.

The show brought together over seventy international artists to illustrate the process of globalisation and national self-identification. It explored the idea that ‘it is no longer possible to live in isolation, ignoring your neighbors’ in today’s globalized world, as artists also drew on aesthetic and cultural references from different countries for their work, they could also be seen to share themes. Shared references and themes could be seen in the drawings of the African artist Frédéric Bruly Bouabré, as he told the myths of his tribe, the lubok pictures by the Ukrainian artist Stas Volyazlovsky and work by the Russian outsider artist Alexander Lobanov. All their work at Against Exclusion, explored variations on the theme of identity. Identity connected to national, social, gender, racial, ethnic, ecological, and political themes were also explored in the work of Marina Abramović, Vik Muniz, Pavel Pepperstein, Yinka Shonibare. Other artists examined the evolution of form within art through the work of Anish Kapoor, Tony Cragg, Dmitry Gutov, Heinz Mack and Markus Raetz.