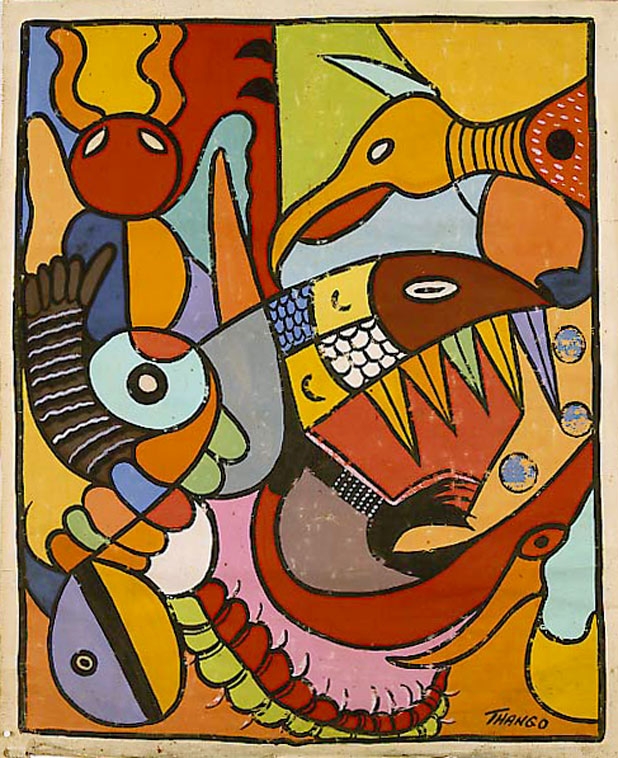 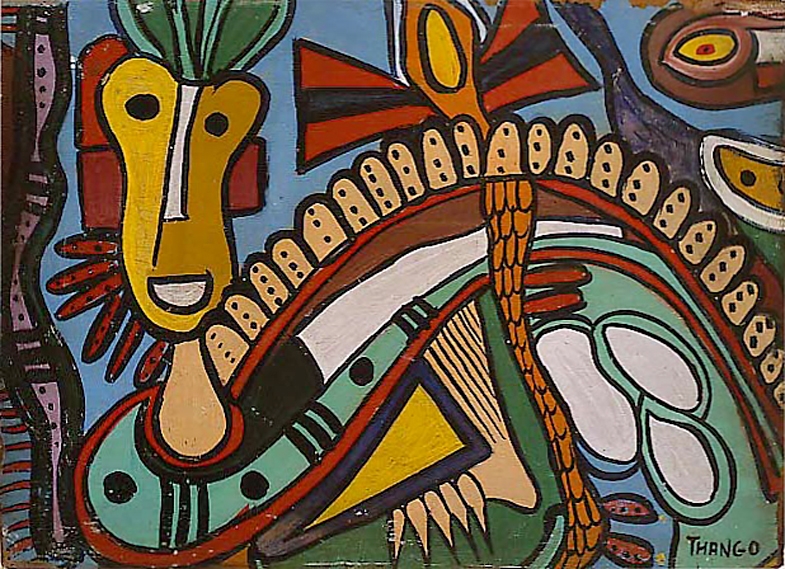 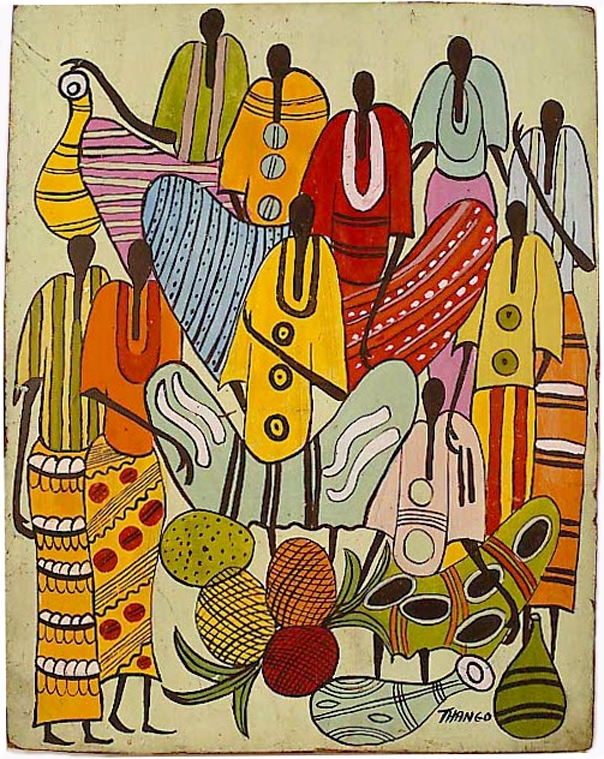 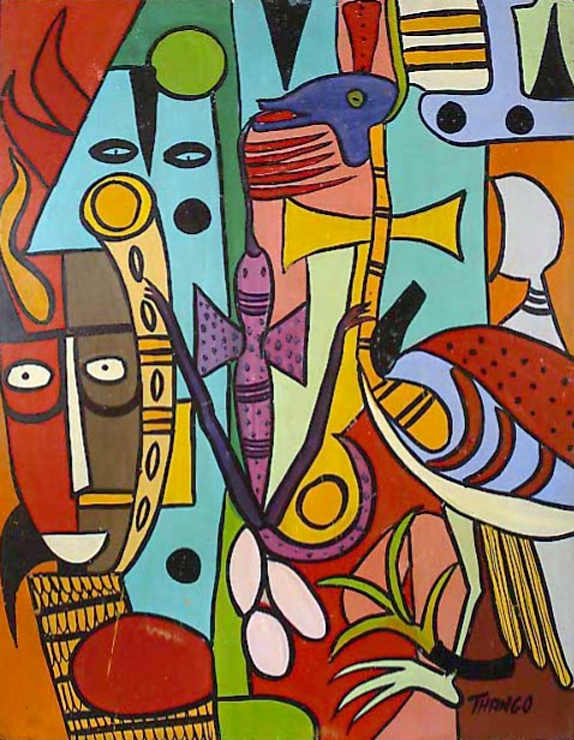 He created his first narrative painting in the Poto-Poto school and in 1958, Pierre Lods sends him to Brussels to represent the Poto-Poto School at the Universal Exposition.

From 1959 - 1972 his art flourished under Alhadeff. Thanks to this collaboration, six of Thango's works were presented in New York in 1961.

Thango did not use an easel to paint. His technique involved using enormous narrow rolls of canvas, placed on a flat surface on which he would he would sketch in pencil. The visions, stories and questionings that appeared on the canvas undoubtedly came from his wanderings in the forest.

His huge frescos are painted in flat, monochrome colors and encircled with thick, black outlines. They lead us into a kind of imaginary and primitive forest where the worlds of animals, plants, monster figures and stylized masks come together.