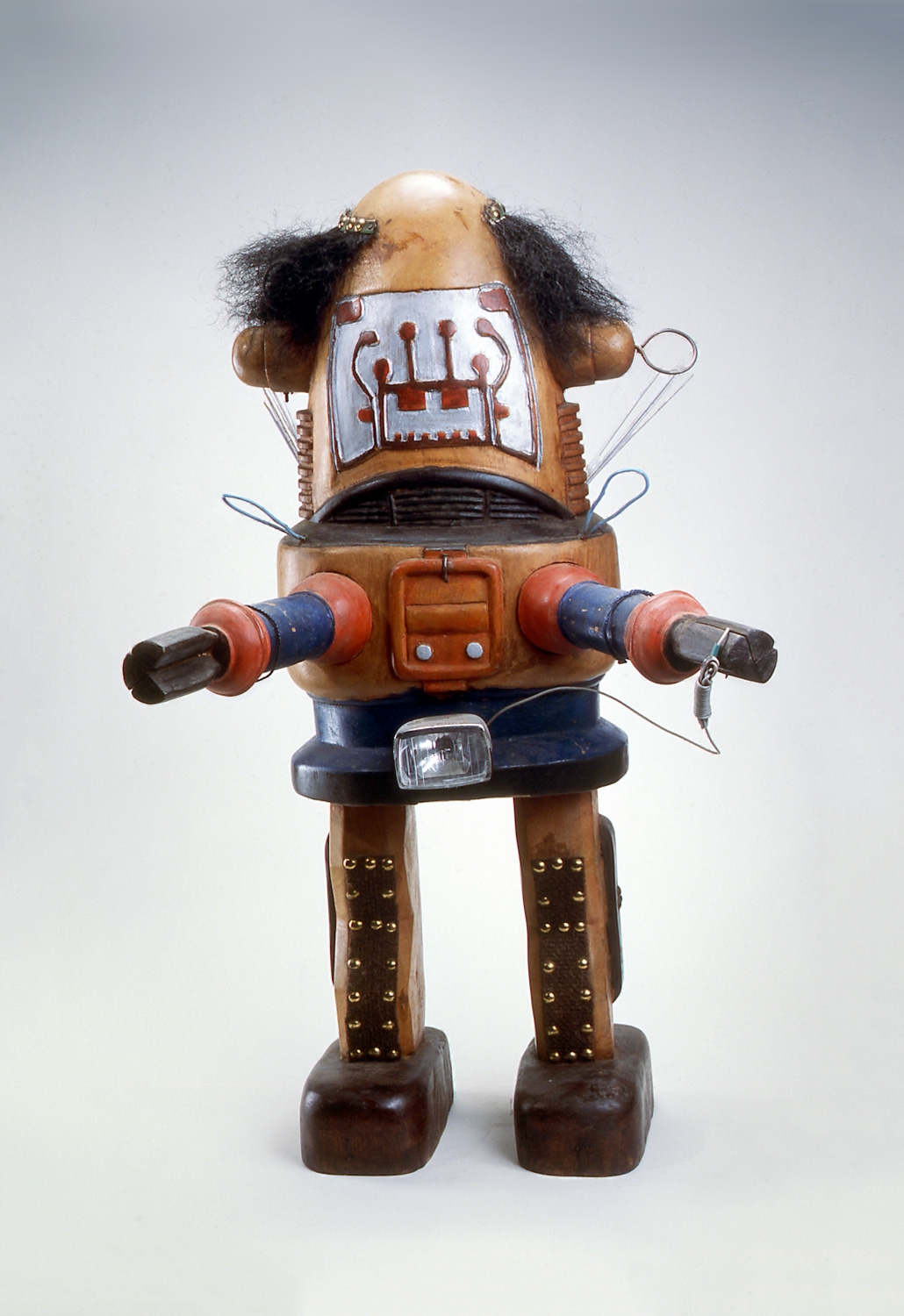 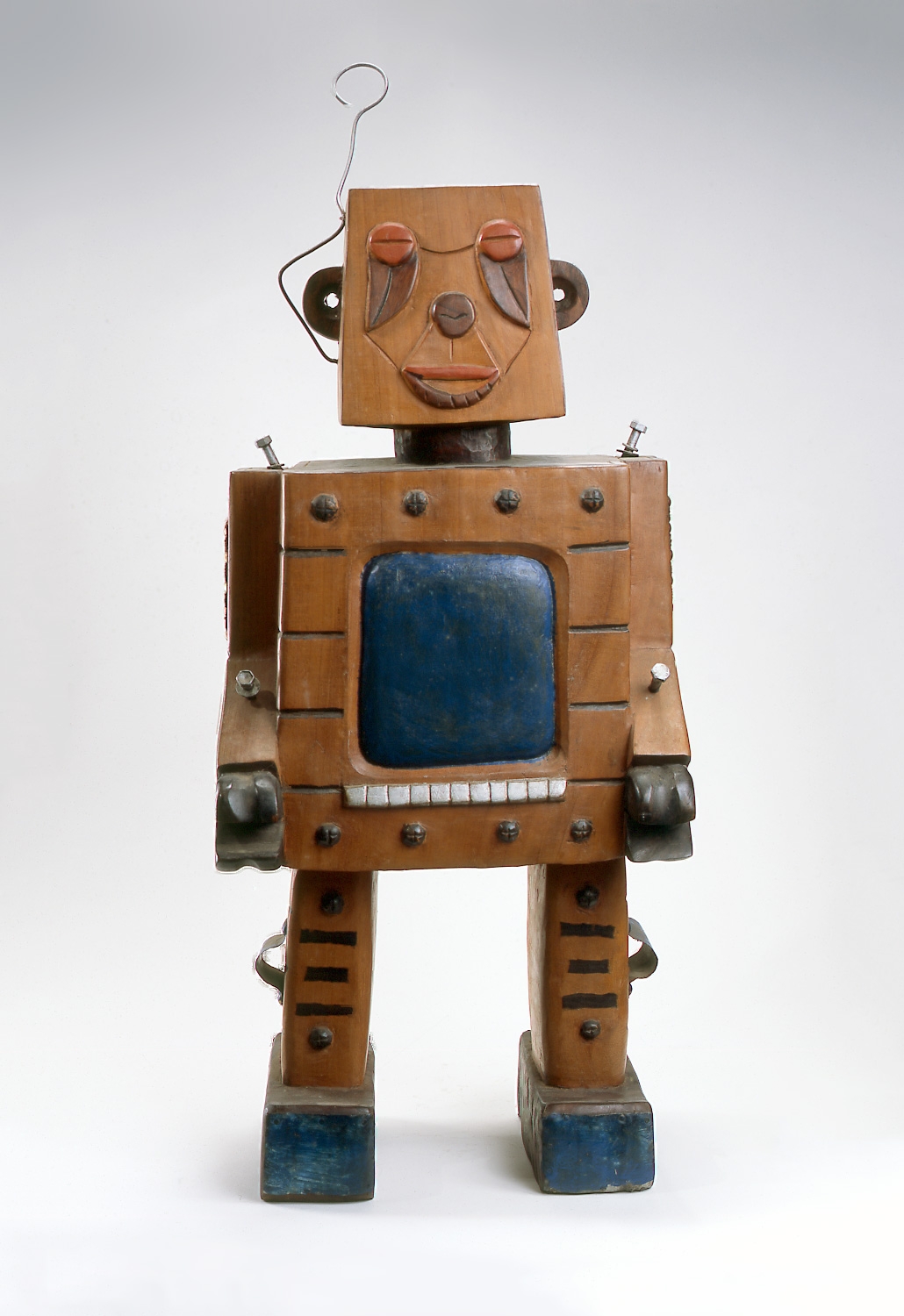 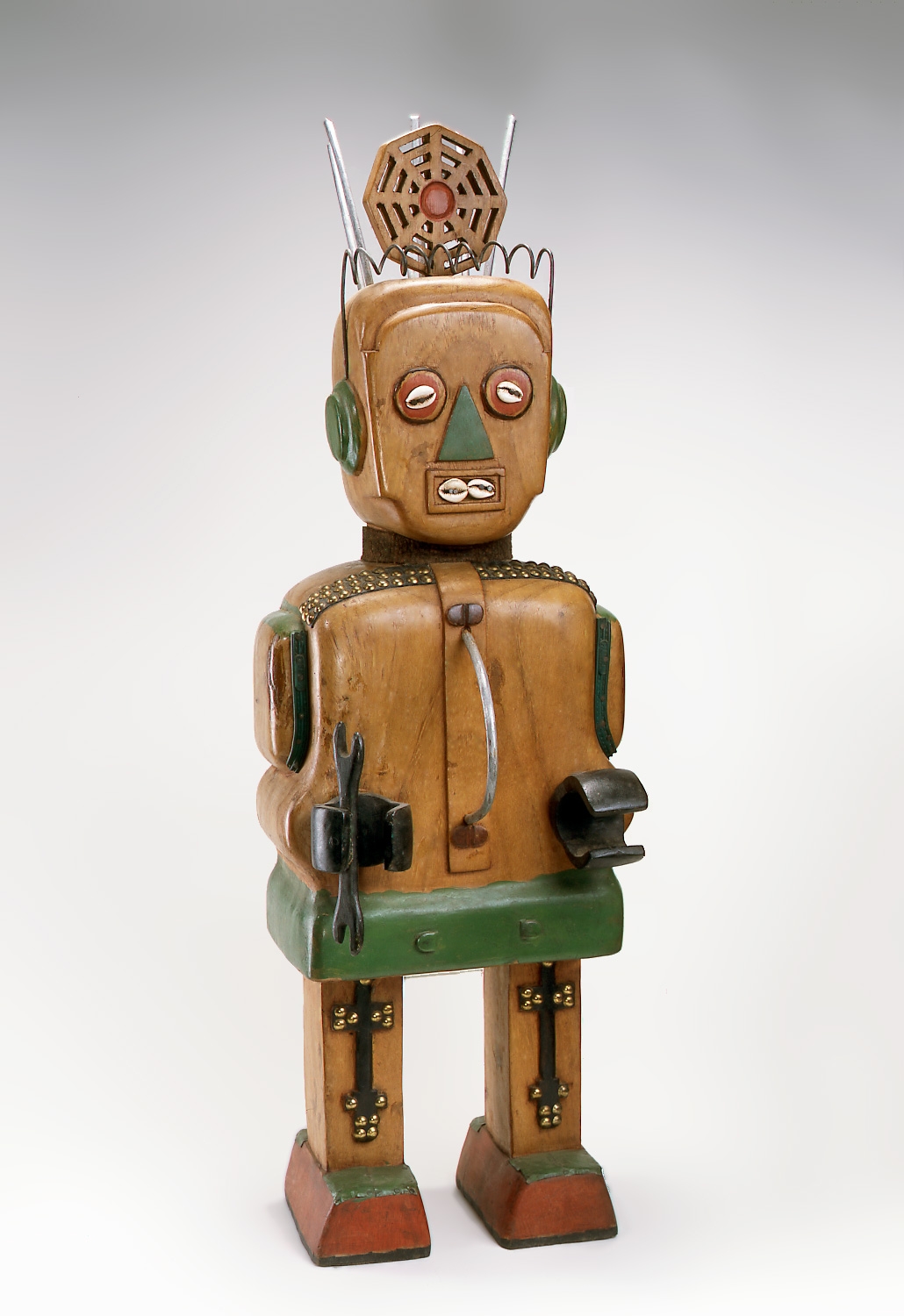 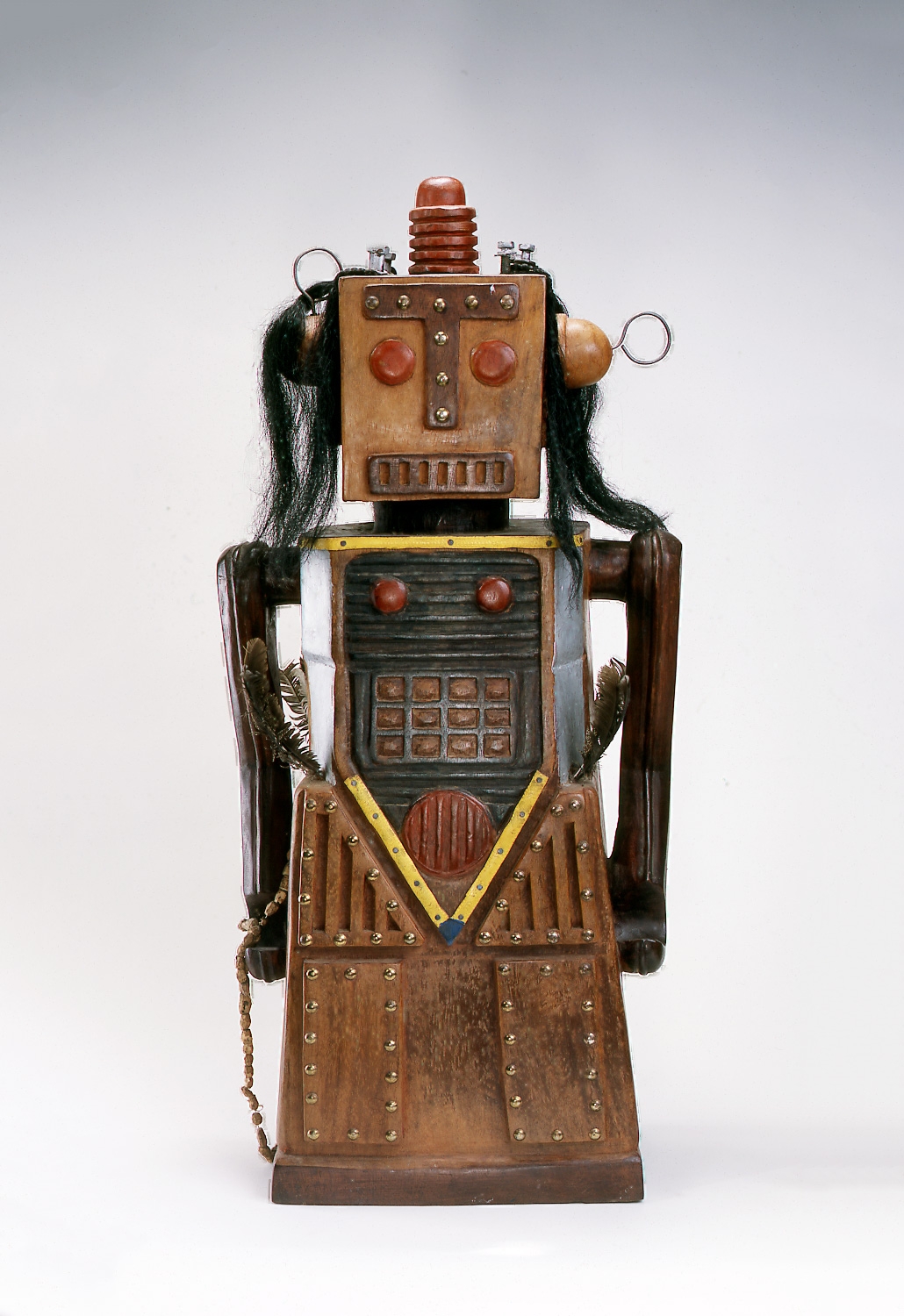 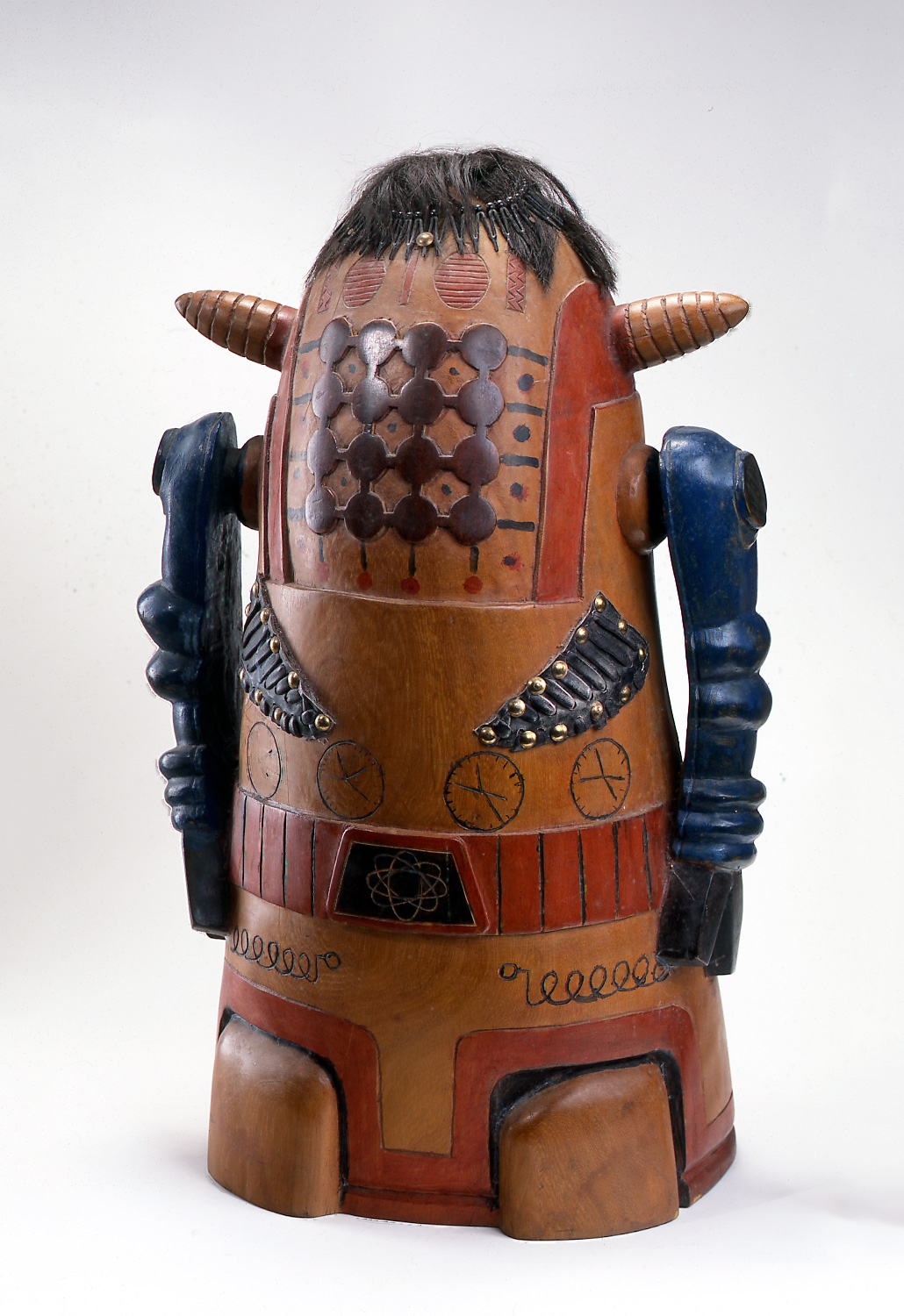 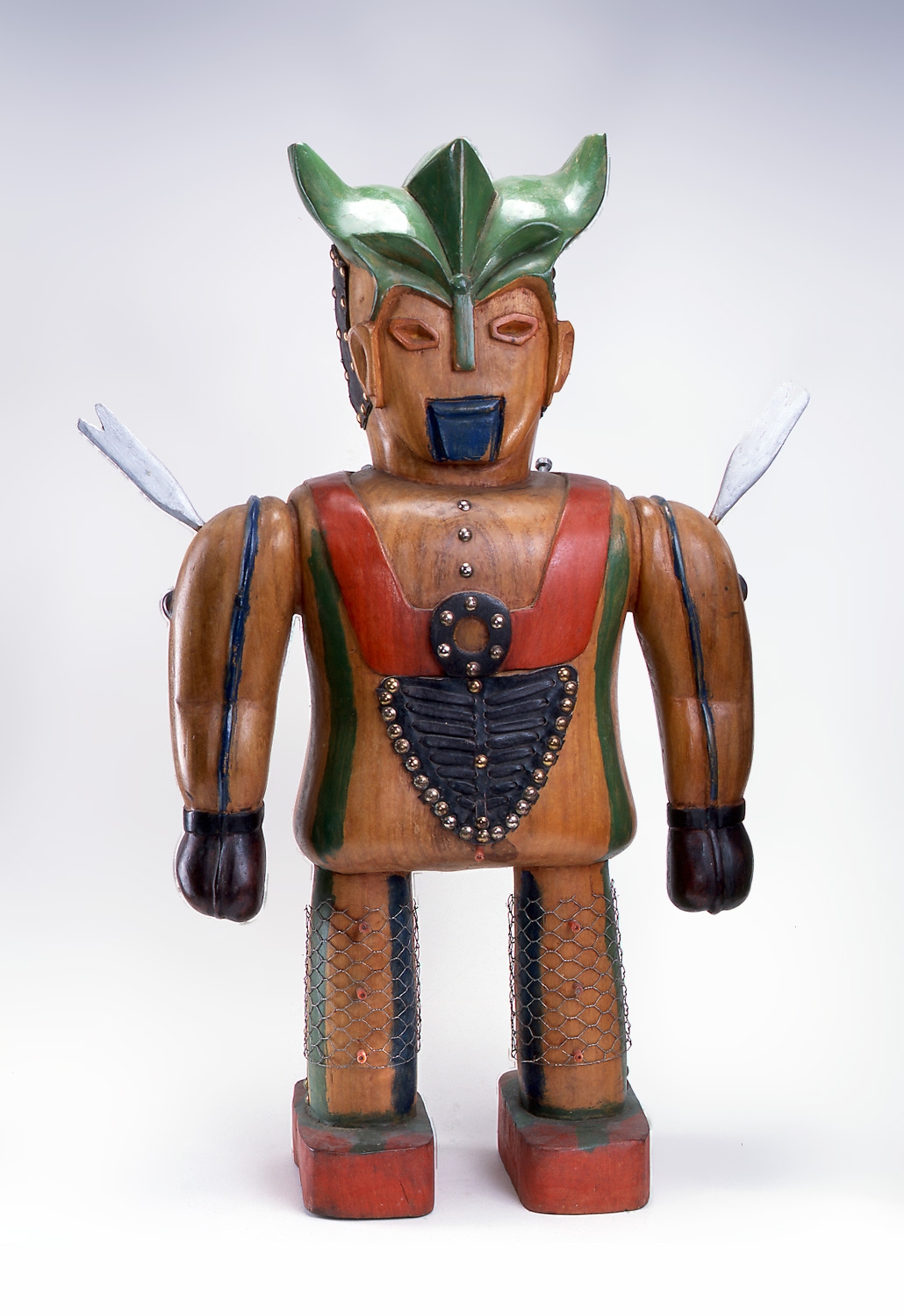 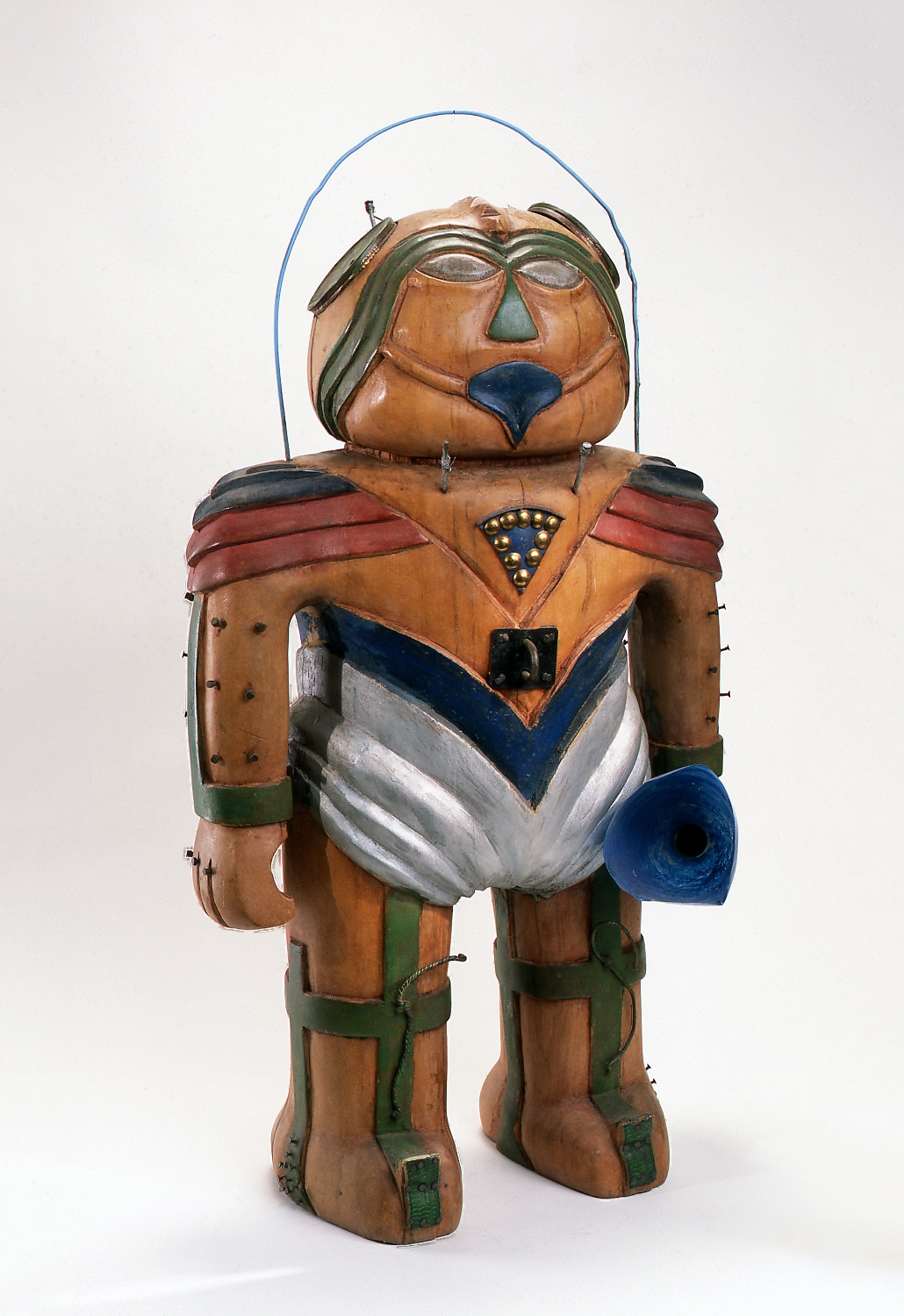 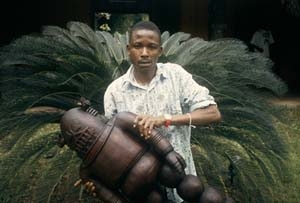 Koffi Kouakou, a fervent believer, declares himself a Bossoniste, following the path set by his ancestors. Born in the small village of Ahitou-Kongonou in central Côte d’Ivoire, he first apprenticed with his father, a renowned gold-worker; in 1980 he moved to Grand-Bassam and with his brother embarked on a career as a sculptor, following the example of his grandparents. After five years of training, Kouakou bade a formal farewell to his instructor and began to work independently. Realizing that the products of the artists-artisans gathered along Grand-Bassam highway were identical and without personality (simple toys, masks, and copies of statues made for the tourist market), Kouakou started to produce replicas of electronic tools and devices: Walkmans, cell phones, record players, sewing machines, chain saws, etc. Such items were an immediate success among tourists and expatriates, and by the end of the 1980s he had had established an international clientele.

Over the following decade Kouakou started to produce larger sculptures, and in particular he has concentrated on a series of robots which are based on action figures and children’s toys. At the same time, he sought to express the artist’s personal touch, concentrating over a period of several months on projects to create unique and contemporary interpretations of traditional sculpture. Contrary to the general practice among the artisans of Grand-Bassam, he does not mass produce the same object over and over again, since doing so would cause sculptures to lose their individual value. He was also among the sculptors who contributed to the Clubs of Bamako project, now in the collection of the Museum of Fine Arts, Houston.

With contributions from Yaya Savané.

The Museum of Fine Arts

The Clubs of Bamako

The Center for African Art

The New Museum for Contemporary Art

Exhibition catalogue. Published by Merrell in association with the MFAH.