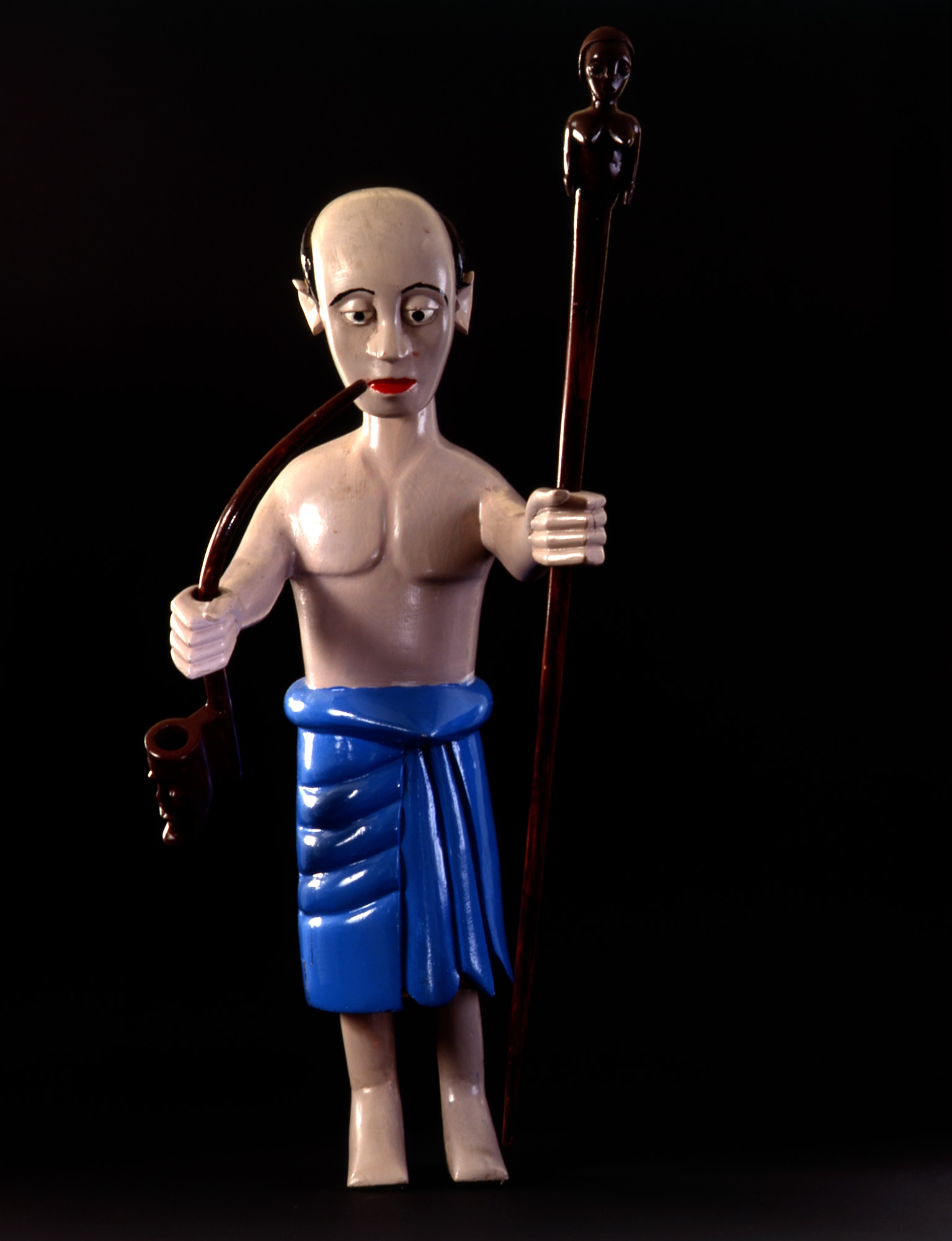 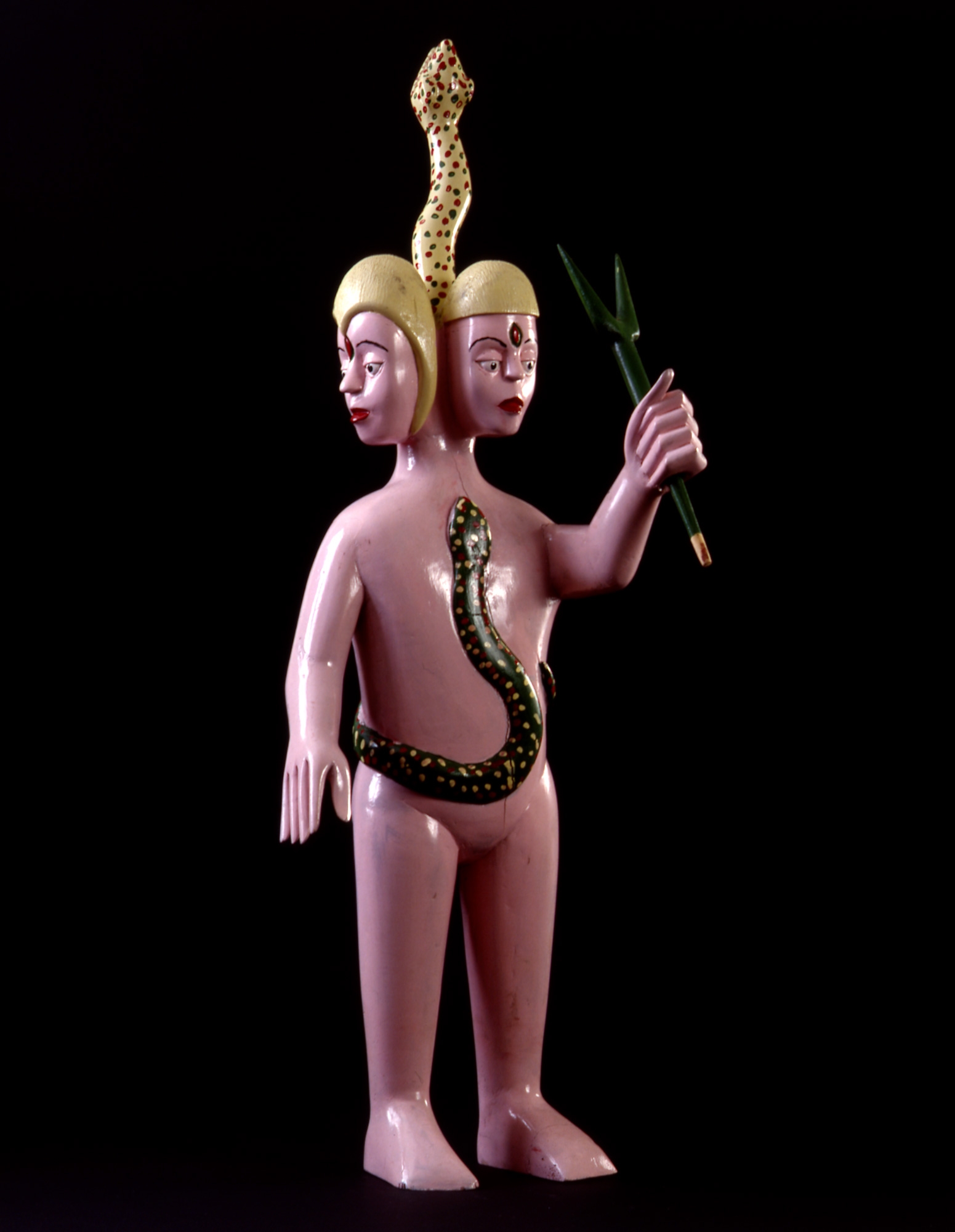 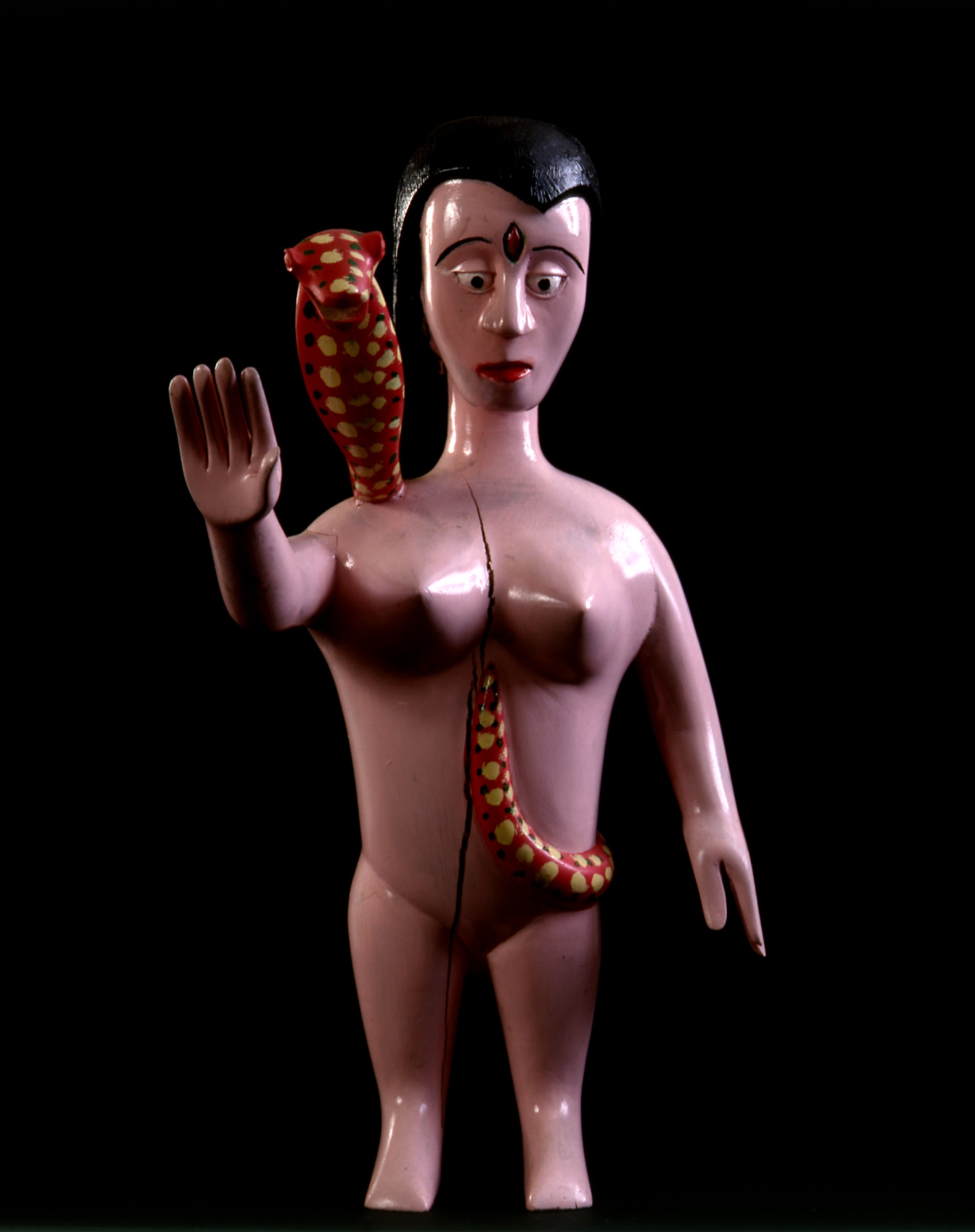 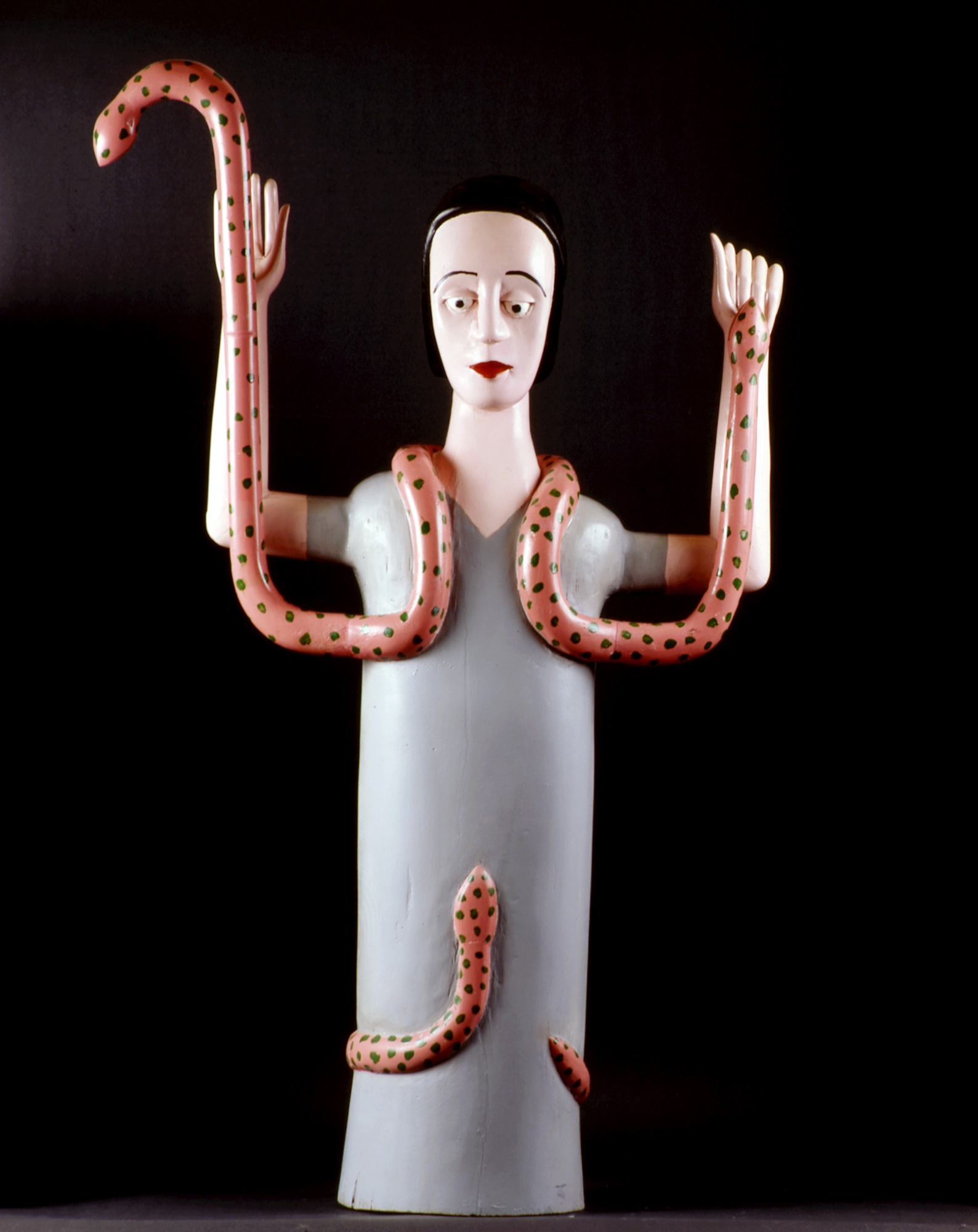 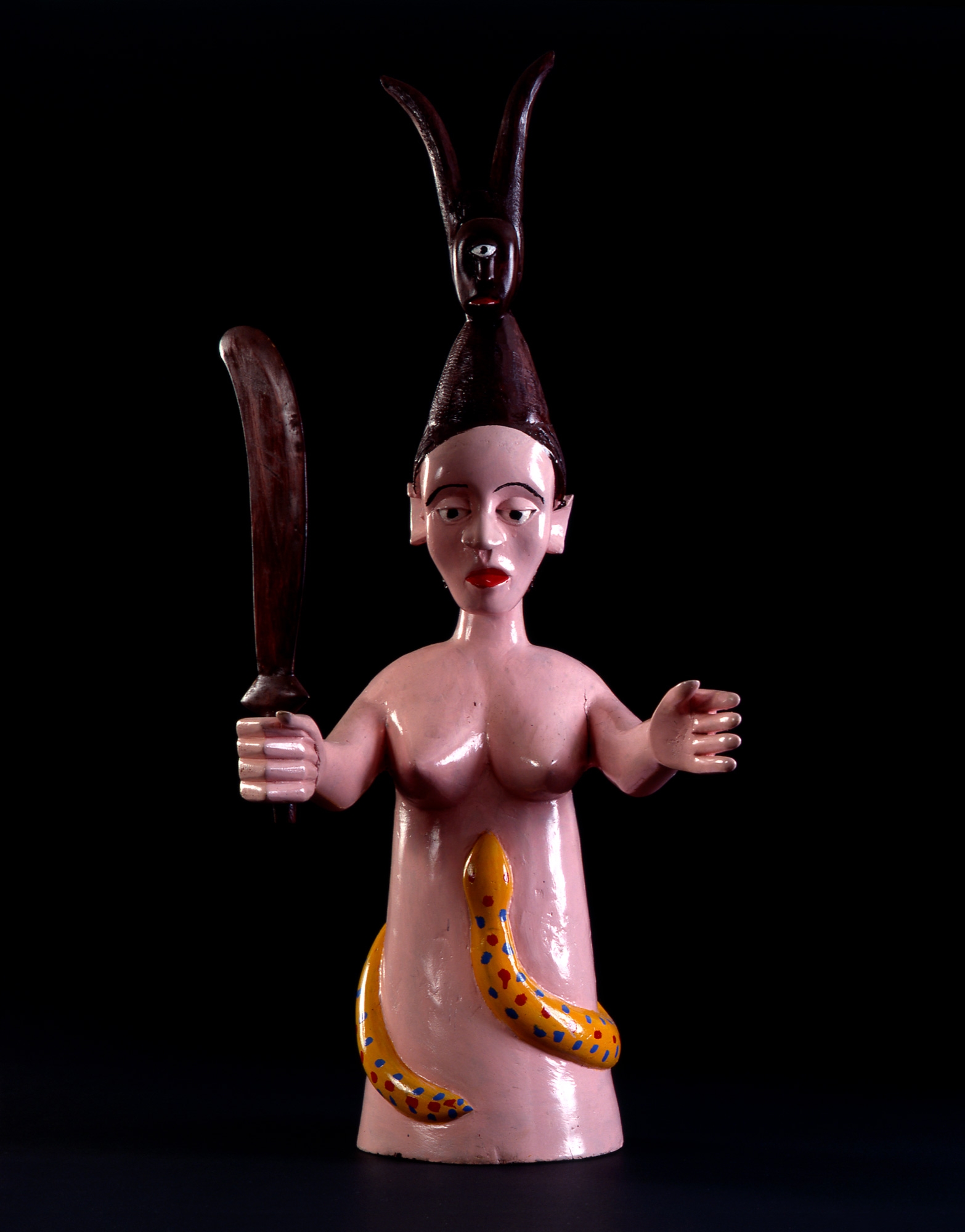 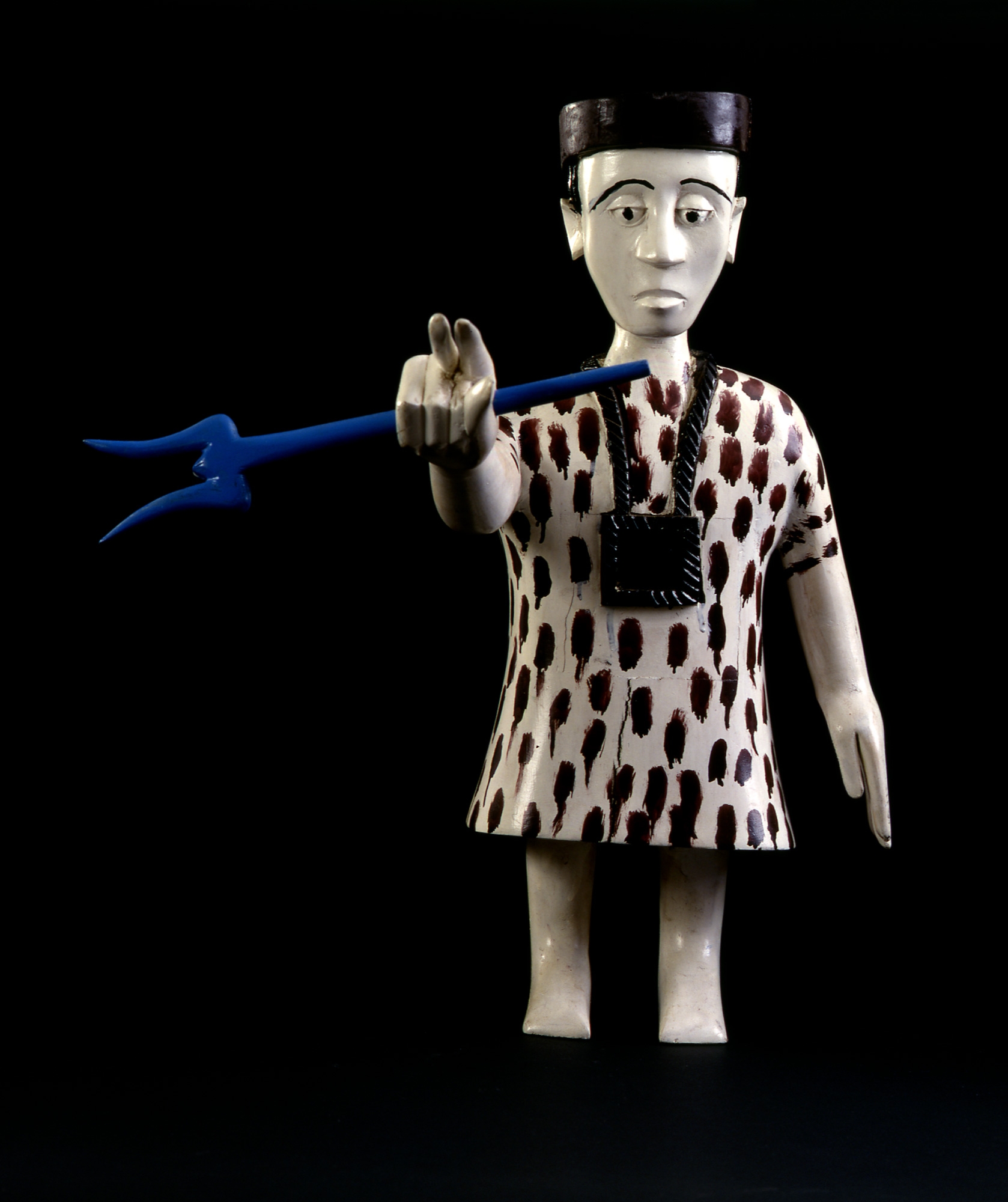 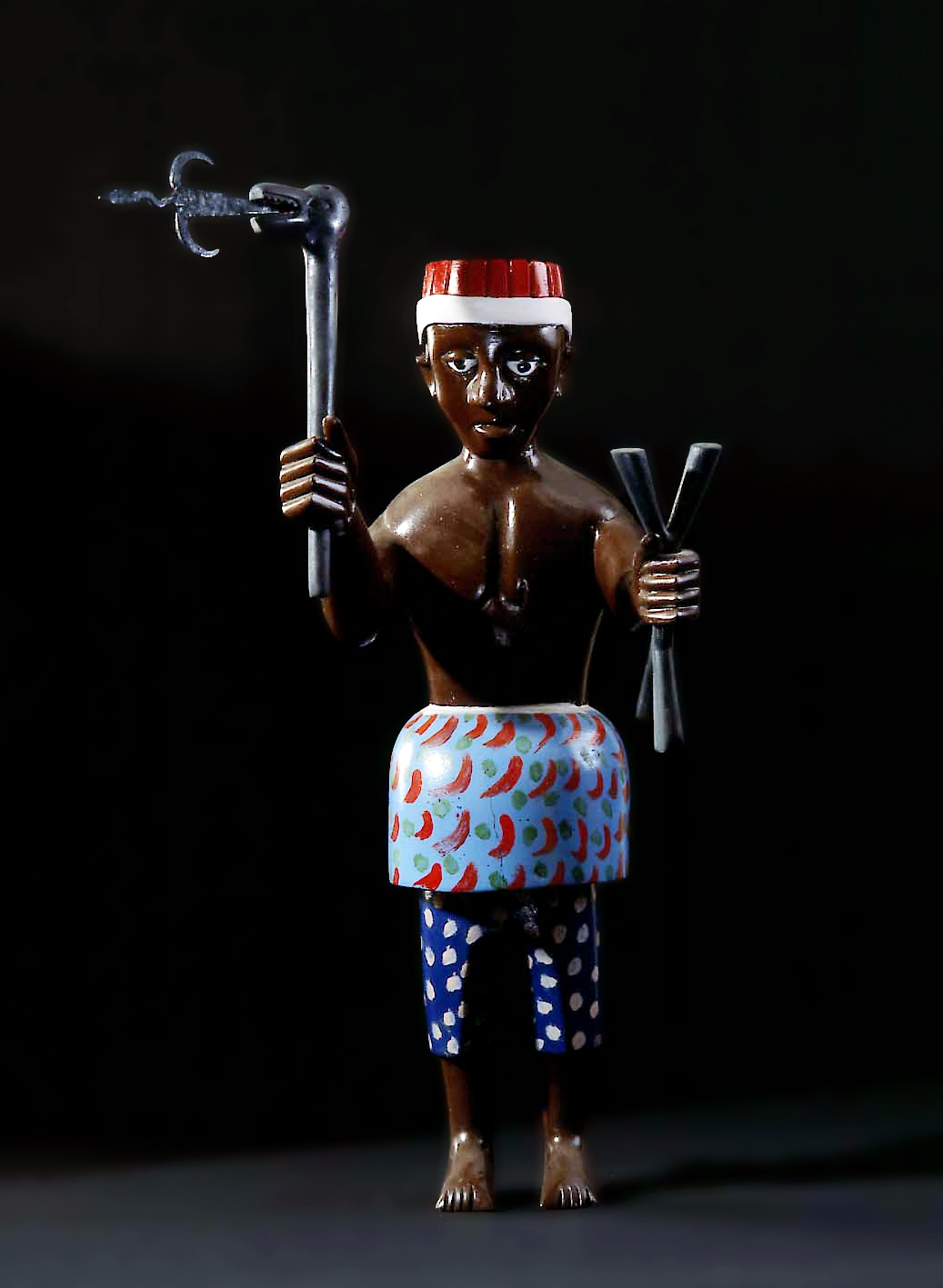 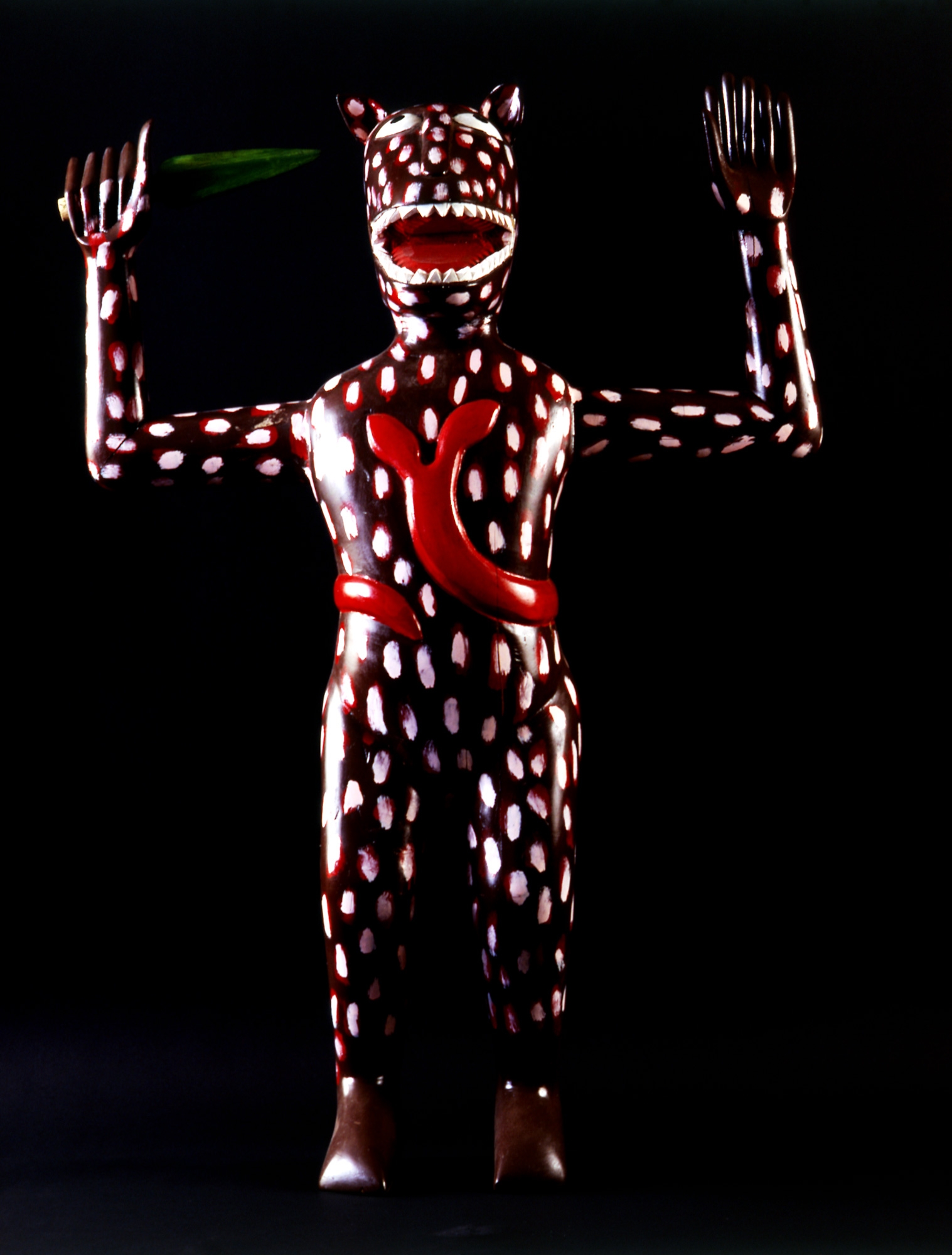 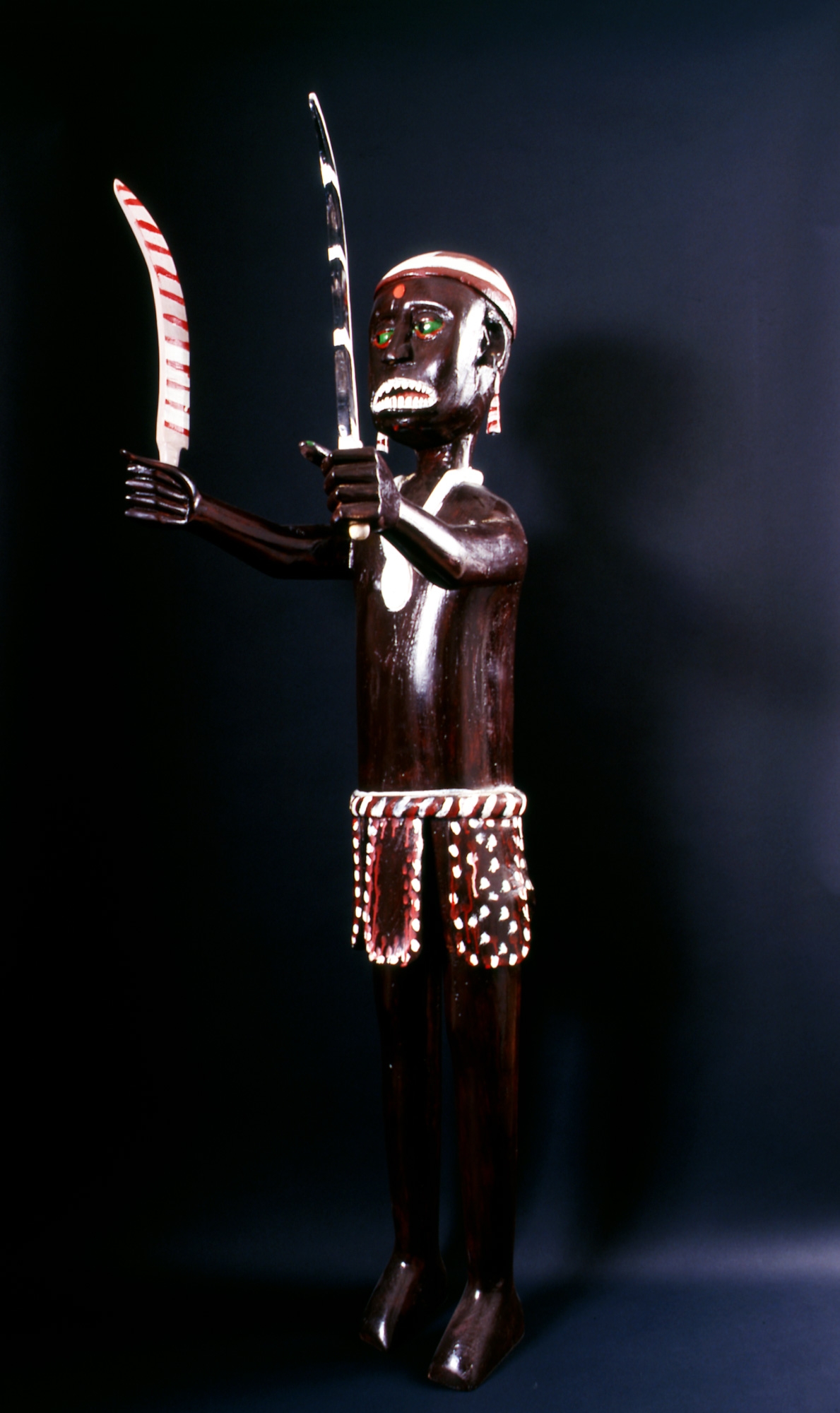 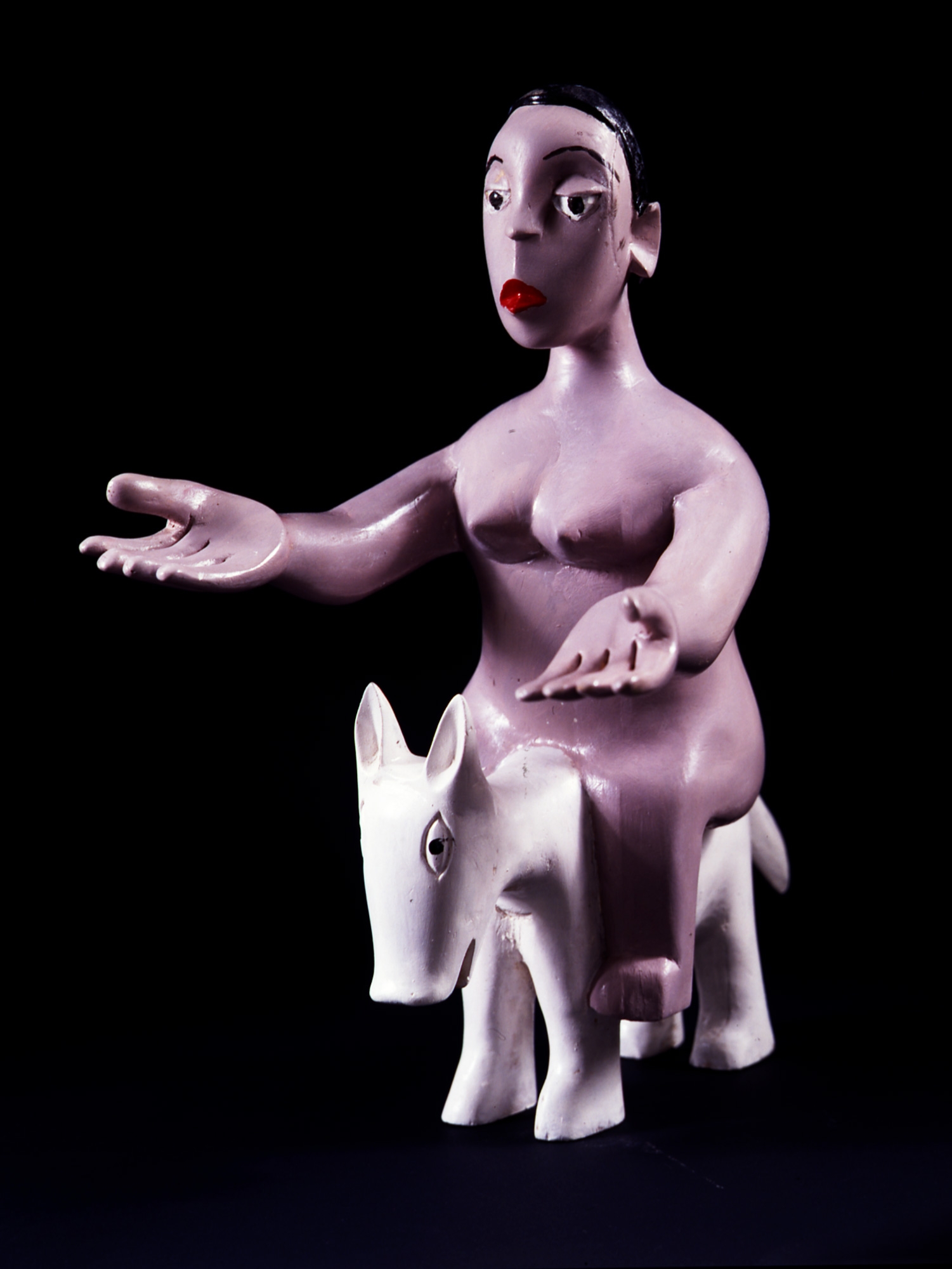 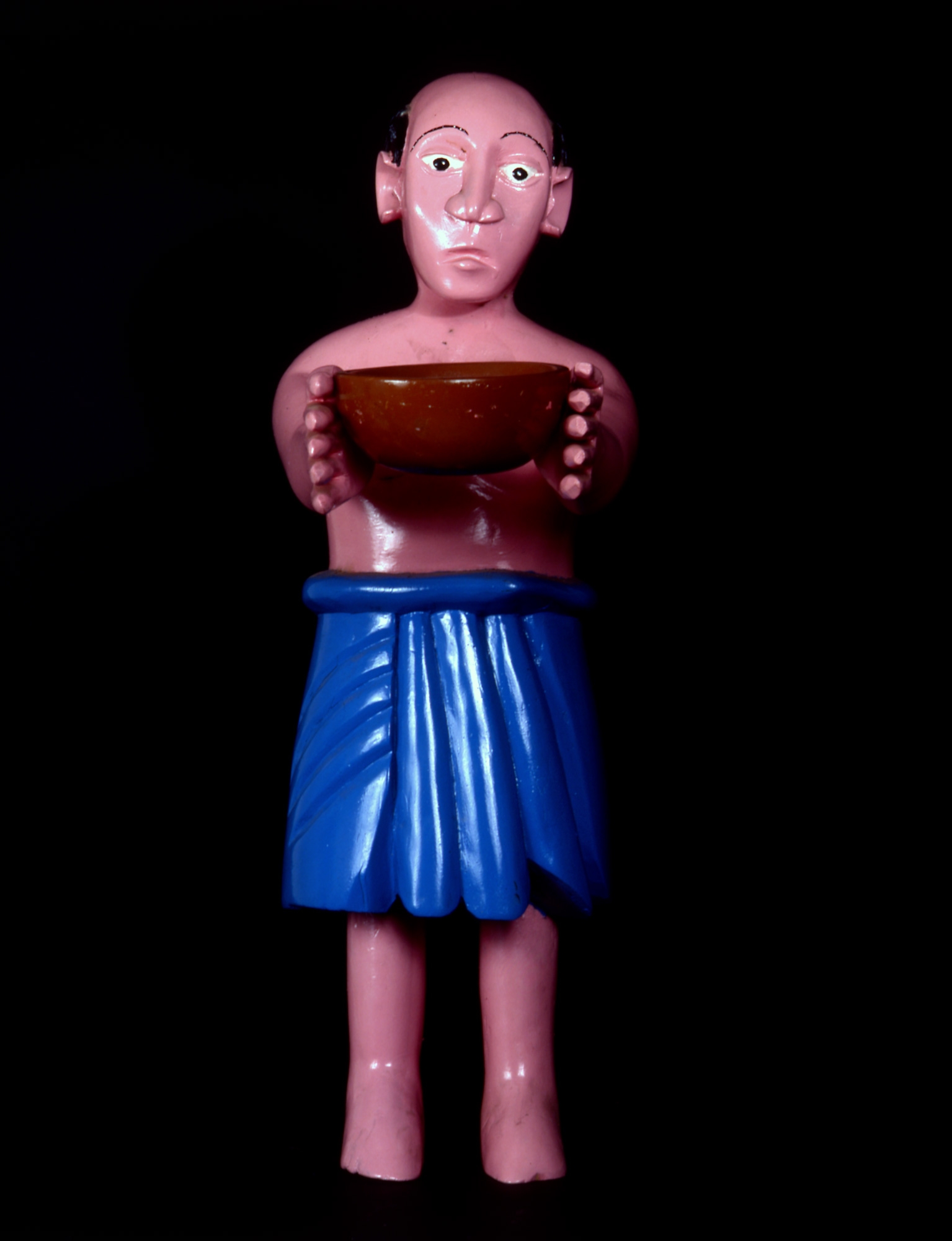 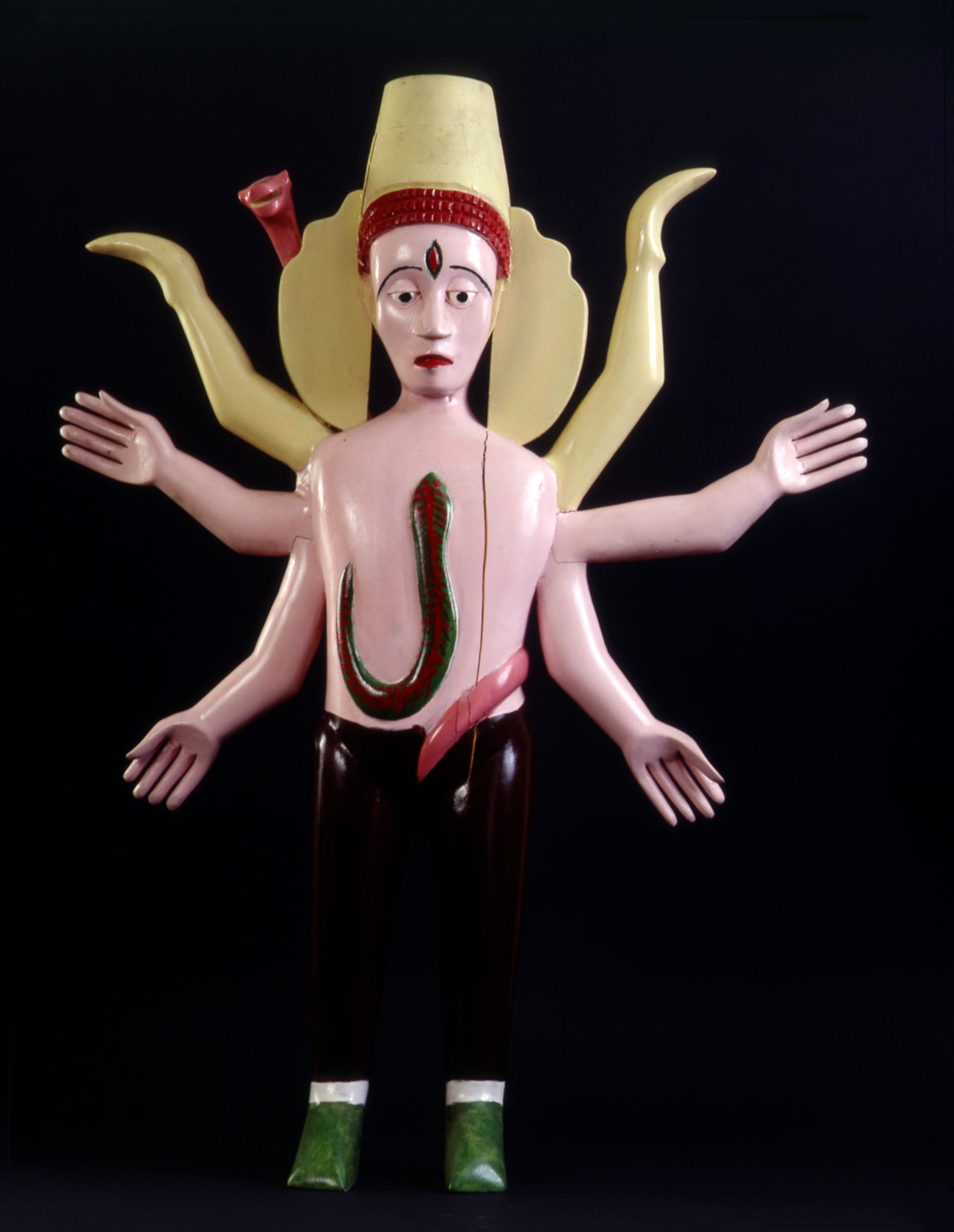 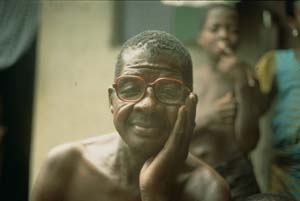 He spent his whole life in a house in the old village-district of Amoutivé right up until his death. He worked in an outdoor studio under an awning, almost out in the street, creating the domestic altars corresponding to the various family and individual fetishes that protect his family and his work. Agbagli is a sacred craftsman, a sculptor who drew his inspiration from the statuettes and idols of the traditional voodoo religion. He himself is lowly priest of this cult that has complex ramifications and is widespread on the shores of the Gulf of Benin. At times he is a healer, well versed in the use of plants, herbs and libations. Agbagli explains to people he trusts, that he owes his calling to a strange little long-haired character made of wood, and embellished with shells, that he discovered in the bush and has had for 30 years. It is to him that Agbagli owes his success, or at least his reputation. At first he worked for the community of Bé, his cultural and religious environment, that is gradually being swallowed up by the century-old city of Lomé. Agbagli's work, spread out over a more than 20-year period, is impressive. Some of his pieces are truly beautiful. For his colors he uses thick and shiny automobile paints. He created a strange, cheerful, realistic world. His statues concern three distinct tribes: some are pink, some a pale white, others are brown, more realistic and more anchored in African rural life. Agbagli's wistful, dreamy statues can be seen in many courtyards and hotels. Agbagli Kossi Fofo, Agbagli Kossi Beaugars, two of his sons, who watched him work over the years, now imitate his work. More anchored in contemporary reality, they have developed new figures far from the Voodoo gods.

Works after his death were made by his son Fofo Kossi.