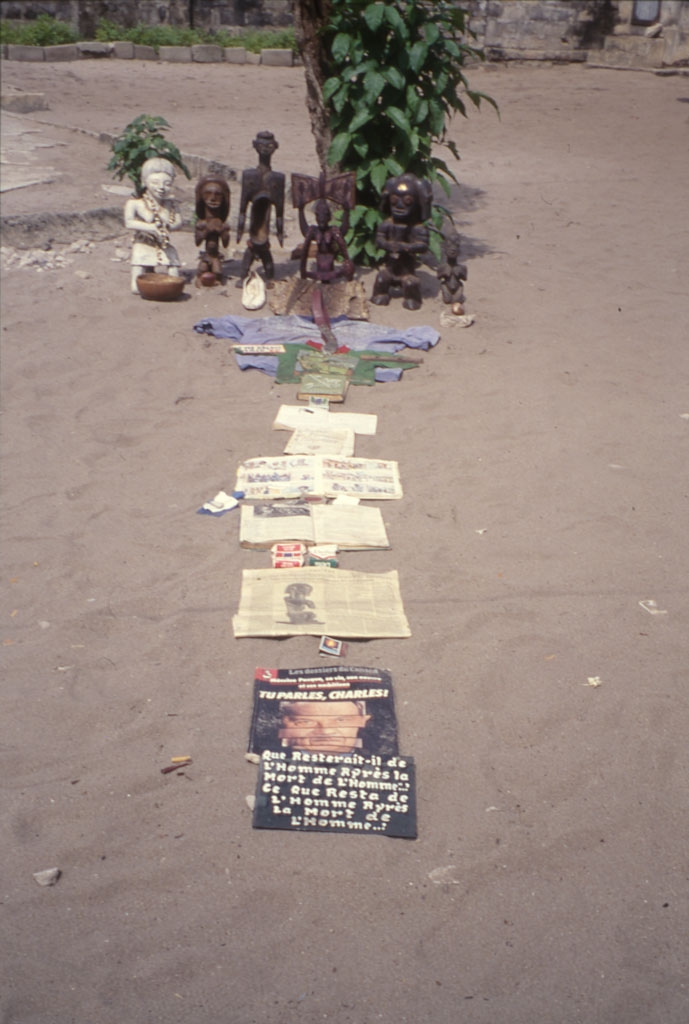 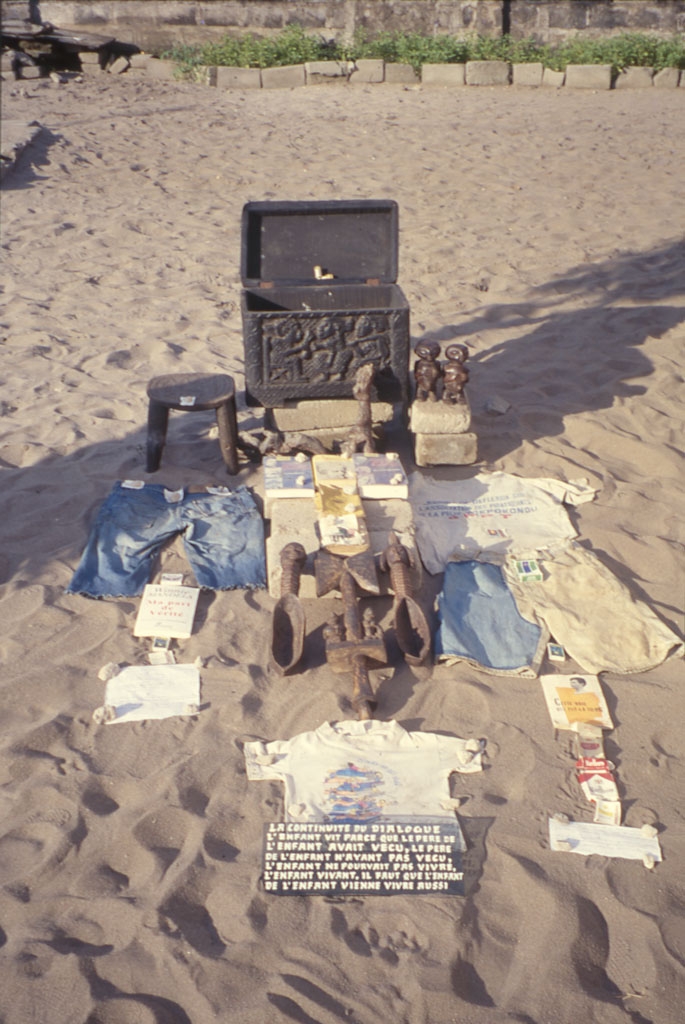 Lives and works in Cotonou, Benin

“I walk, I think, I see, I pass, I come back, I pick up the objects that attract me, I go home, I read things, I make notes, I learn.” Thus Georges Adéagbo has described his working process. Each of his installations is made up of elements brought back from walks first begun in African and completed with fragments gleaned from walks in the cities where he exhibits.

The eldest and favourite son, Adéagbo grew up in Contonou, Benin. He studied law in Abidjan and in France, where he planned to settle and marry. When his father died in 1971, he returned to Benin at the request of his mother to take care of the family. Unwilling to take on this responsibility, he soon was in conflict with his relatives. He remained jobless and suffered from profound loneliness and alienation. To escape from this “prison,” Adéagbo left the family plot of land every day and went to the lagoon where he gathered whatever variety of objects and materials he encountered during his walk.

Adéagbo collected anything that had been discarded or lost and that appealed to him: little sculptures, clothing, bits of cloth, shoes, records, books, toys, newspaper clippings, written notes, stones, packs of cigarettes, pieces of plastic. These objects were like so many mementos, fragments of knowledge imbued with humanity, replete with personal or collective history that brought to mind the concept of loss, of oblivion, of the erasure of memory. Upon his return from these solitary walks Adéagbo arranged the fragments of this “recovered” history in a precise order on the floor. Adéagbo didn’t appropriate objects for profit or exchange; it was the objects themselves that appealed to him. He saved them from the void, from oblivion, and protected them from death. His first series of accumulations were destroyed as they cluttered up the family home, and Adéagbo’s obscure behaviour further distanced him from his family. It was only in the early 1990s, after a chance meeting with an art critic, that people started to listen to him again and understand him. He was finally able to show his “installations” elsewhere than in the yard of his home: in Europe, then in countries all over the world. This recognition from the art world finally extended to his own family. Yet he has commented: “Artist? That means nothing to me. I didn’t learn things in an art school, I am only a witness of history. . . . I go for walks as befits a philosopher, who does so in order to relate what is happening in nature and in the world.”

The Short Century: Independence and Liberation Movements in Africa 1945-1994

"African Art Towards the Year 2000 Images of Africa"

Text by Georges Adéagbo “Explorer and explorers facing the history of exploration…! The theatre of the world”

The Short Century – Independence and Liberation

Edited and published by: CQFD/AFAA/ Ministry of Foreign Affairs.

Edited and published by l'Harmattan.